India to Singapore to YCombinator: The story of Padlet 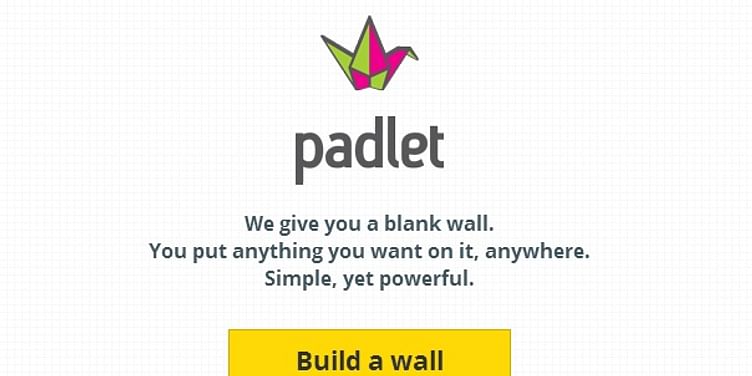 In December 2001, Nitesh Goel and Pranav Piyush left Delhi for Singapore as part of the Singapore government education scholarship. After graduating from National University of Singapore (NUS), they worked on multiple projects together before parting to work with different startups. But fate, and a common idea brought them together again.

Padlet (formerly Wallwisher) germinated as part of Nitesh's final year research project in 2008. While exploring new UI paradigms, the question he often asked was: "Why do we still reach out for a paper and pen when we want to write something down, even when we might be right in front a computer". That got them thinking about a solution that became Padlet.

Padlet is like a blank piece of paper on the web that acts like a scratchpad. Users can create one or many padlets privately, or alongwith others. What you would call grandmother friendly, Padlet lets you drag and drop any kind of file (photos, videos, etc.) and add text to design the page as the user wants it. This page is like a wall which can be converted into a website by attaching a domain name to it (for which it is primarily used). Few instances:

Over a million padlets having been created till date. To keep the cash registers ringing, Padlet has a pro offering with a few beta customers. This allows customers to have easy-to-remember sub domains, enhanced security and unlimited data storage options. But as a basic user, if you’re trying it for the first time, the offering may seem limited. For instance, I had a hard time figuring out how to increase the font size of my title (which I still haven’t been able to the feature doesn't exist yet), a bit more guidance would help. Most of the things worked for me seamlessly like adding images, inserting text, changing layouts, etc.

The two-member lean team, Padlet has already raised close to $200,000. Gwendolyn Regina's Thymos Capital was the first to invest $16,000 along with $17,000 from Imagine K12, an ed-tech focused incubator in California. Post this, Padlet has been selected for the YCombinator program where it is currently undergoing acceleration with around 50 startups. In the Summer 2012 program they managed to raise $40,000 from Startup Chile while another $80,000 came from the YCVC investment arm.

The funding has been used to sustain till now and the founders are looking to expand the team going forward, bot with technical as well as marketing.