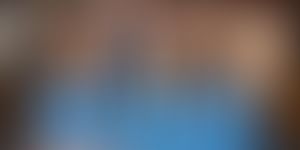 At an event in New Delhi today, Som Mittal, the President of NASSCOM announced the “10,000 Startups” Program, which aims to incubate and nurture a mammoth 10,000 startups in India over the next 10 years. To do so, it has partnered with players from various sections of the startup ecosystem - angel investment institutions, venture capitalists, startup accelerators/ incubators, technology corporations, media houses and other startup support groups.

When asked about the inception of the idea, Som Mittal said, “When idea of the startup program came to mind, we started thinking about what is already there. We have noticed that the number of Indian startups has tripled in the last 6 years. Also, a few years back we had only a few technology hubs like Mumbai, Bangalore, Delhi, Hyderabad and Chennai but now increasingly startups are coming up from smaller towns and cities as well. It is also interesting to see that as much as 64% of startups are founded by first time entrepreneurs. So you will increasingly see that the profile of first time entrepreneurs is changing.” He added that there are huge markets emerging in India, and huge opportunities for startups.

The focus of the initiative is to take already existing methods of startup support to a larger scale. According to Som Mittal, “NASSCOM for Startups encompasses three major pillars. One is fostering entrepreneurship through evangelizing and creating awareness. The second is creating entrepreneurial capability at scale by engaging deeply with aspiring entrepreneurs through digital / social channels and start-up support groups. The third is incubating and facilitating funding through partnerships with leading incubators and angel networks.”

As part of the initiative, NASSCOM will be primarily providing angel funding and accelerator support for startups. Along with this, they have also committed to provide a lot of help and support on the technology front for startups.

Som Mittal said, “We have a startup warehouse coming up in Bangalore, where anyone for the first one year can walk in and operate out of there. We hope that as this program takes off, the number of funded startups will at least double. The jobs that it would create would be 5X of what exist right now. We hope to see a bunch of 50 billion dollar business in India.”

The current partners for the 10,000 Startups initiative are IAN, Google, Microsoft and VeriSign. Here is what representatives from each of the partners had to say -

Saurabh Srivastava, Founder, Indian Angel Network said, "IAN is very excited about the 10,000 Startups initiative and hopes to bring all angel investors together to provide the most key ingredient to make this program a success – seed capital and mentoring to convert ideas into enterprises from people who have 'been there, done that.'"

Rajan Anandan, VP and Managing Director, Google India said "With over 150 million internet users and growing, the internet in India presents enormous opportunities for innovation and entrepreneurship. At Google we are very excited about the possibilities that India represents and are committed to extend all the support to make this initiative a roaring success. We will work very closely with NASSCOM and all the players in the ecosystem to boost the technology innovation rate in India."

Bhaskar Pramanik, Chairman, Microsoft India said, “Microsoft welcomes NASSCOM’s 10,000 Start-ups initiative, and is delighted to be a part of it. Microsoft has always believed in the potential of the Indian startup ecosystem, and has a long history of initiatives to promote it, through programs such as BizSpark, BizSpark Plus and the Microsoft Accelerator for Windows Azure. We will continue to work with the startup ecosystem of India, both on our own, and in partnership with industry bodies like NASSCOM. We believe that disruptive technologies and opportunities in the Indian market supported by this collaborative initiative will propel technology entrepreneurship in India to the next level”.

We wish Nasscom all the best as they launch this initiative!