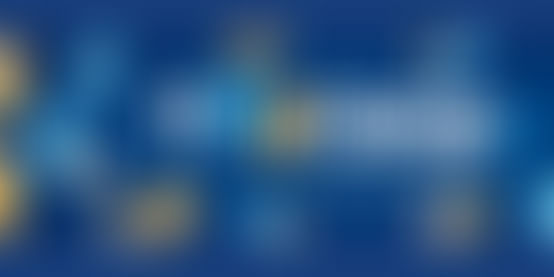 When Deap Ubhi joined Freecharge after his hugely profitable exit from Burrp!, founder Kunal Shah told the media they hadn’t assigned a role for him yet. But that was just that -- for the media.

If you have been a regular user of Freecharge, you will vividly remember how the user experience of the website changed overnight. Skipping the coupon’s section was no longer a hassle, the payment gateway was much more stable and making a payment was much simpler, thanks to the card number saving facility. I recently had the chance to speak with Deap a week ago. He revealed his role in the complete overhaul of Freecharge which included a change of team, a change of location and the infusion of Silicon Valley-like startup work culture. Here’s what it is like to work at Freecharge.

Change is the only constant

After Burrp!, Deap tried his hand at a couple of a startups back in the US: “We couldn’t raise our second round of funding for these startups, and so I decided to shut shop. In the meanwhile, some of my friends at Sequoia capital called me and asked me to work with one of their portfolio companies, Freecharge,” says Deap, who is currently the COO of Freecharge and looks over product development and the technology team. “We now have a really good team,” he adds. This technology team at Freecharge underwent a complete change. Deap says, “We scrapped the team in Mumbai and shifted to Bangalore. While Mumbai has great coders, it is really difficult to find the will-do-anything sort of polyglot hackers that Bangalore has in abundance. It is really difficult to scale a technology team in Mumbai."

"The recruitment of this team was done completely by the Freecharge team." He says, “One of the best coders that I have ever worked with, who was working with Zynga at the time agreed to join Freecharge, just because I was there. We did all the recruitment and each one is separated by a maximum of one degree of separation. It’s a really close knit team,” Deap says. Deap also admits that the team is still evolving. He says, “The founders have built a disruptive company that is solving an Indian problem. The DNA of successful companies such as these lie in the product and technology. That’s the culture we’re trying to inculcate at Freecharge and it will slowly seep into other parts of the company.

In search of polyglots and humble people

In the field of software engineering, Deap believes the requirement for specific language experts will decline and the demand for polyglots will increase in the time to come. But beyond the technical aptitude, Freecharge values core human values. Deap says, “While hiring, aptitude definitely is a very big priority, but we also take things like trust and likeability pretty seriously. While hiring we always ask ourselves, ‘can we go out on lunch or for a drink with this guy or gal.’ At Freecharge, there is no room for ‘Yes Men’ either. We are looking for people who are innately curious and will bring a sense of positive skepticism to any discussion, no matter who the idea is from.”

Another very important trait that Freecharge looks for is humility - “I think humility is a very underrated trait, but we value it a lot. In today’s world, money and position can get to your head. And if you look at the truly great people in the world, they’re very humble. We want Freecharge to have those kind of people. We really love to debate”

Deap describes the culture outside of work to be very casual. He says, “We don’t force weird team building activities on our employees. We do the regular things like going for movies, team outings etc. After a tough release, there’s usually a wind down session where we just order some pizza and beer and celebrate the release. But nothing out of the ordinary really.” Deap is all praise for his technology team and says they have one of the best teams out there. “Just to put things in perspective, we’ve hired the best designer from Homeshop 18, one of the most talented engineers from Zynga and many more people with similar profiles. These guys can take on any technology team in the market and give them a run for their money and I’m really proud of this team. Also, we’ve hired each one of these people personally, and this is a very close knit team.”

Sign up for the Startup Jobs Fair and you could be Freecharge’s newest addition.