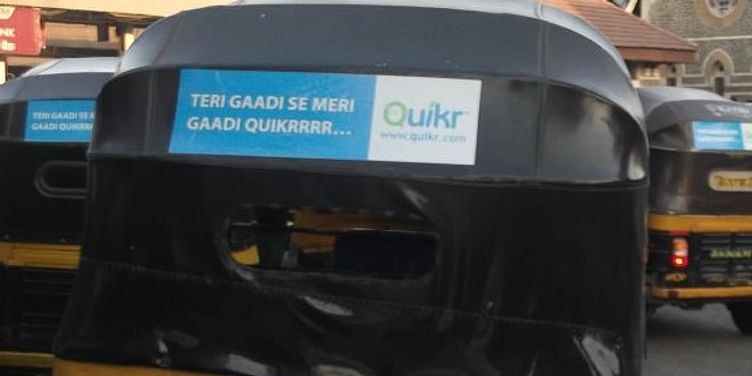 This article is a part of the Culture Series we are carrying as a run up to the Startup Jobs Fair, India’s first exclusive campaign to connect the most promising talent with the most exciting startups. This series will bring out the culture of some of the most dynamic startups that have managed to scale and make a mark. Today we are showcasing Quikr…

Quikr is an Indian online classifieds company that has seen a meteoric growth in the five years of its existence. A Mumbai based company, Quikr was founded in July 2008 and has gone on to become one of the popular success stories in the Indian startup space. Quikr boasts of more than 20 million users a month and is present in more than 900 cities in India. The company was founded by Pranay Chulet and Jiby Thomas and has backing from Matrix Partners India, Warburg Pincus, eBay Inc., Nokia Growth Partners, Omidyar Network and Norwest Venture Partners. Quikr is currently led by Pranay Chulet and the company has managed to secure top of the mind recall amongst Indian customers.

Quikr was launched because local communities across the country did not have an effective marketplace to buy/sell/rent/find things across a variety of categories (like Mobile phones, Cars, Real Estate, Jobs, Services, etc.). " The journey has been a super exciting one!" says Pranay. The growth has been nothing short of exponential and reaching 1 million users a month for the first time, crossing 10 million and then 20 million, all happened in short intervals. Investor interest in the company is also testimony to this growth.

Off late, the TV commercials have become very popular and Pranay shares, "It is a good feeling when people start saying 'Quikrrrr…' after seeing our TV commercials. The massive support from some big time social influencers for 'Quik India Movement' - which celebrated impatience & intolerance towards all things slow & indolent was also a milestone to remember."

Quikr has 400+ employees across 5 cities in the country. "Our employees are one of the biggest differentiators & barriers to entry for other players in the business. We have one of the best teams in the industry which has, both, a global experience and also understands the needs of the Indian consumer," says Pranay.

Quikr has a strictly meritocratic culture and the teams work very closely together on getting things done. And at the same time, the management team keeps in mind the broader goal of the company – to make Quikr faster, better and cheaper than all other options available in the market.

The key departments at Quikr are- Engineering, Product (Mobile & Non-Mobile), Sales & Operations along with the Finance & HR functions. "The product team has a tight handshake with the design & analytics team and works closely with engineering to deliver the state of the art experiences to the Quikr user," says Pranay. The Sales team helps in scaling monetization by selling premium listings and leads to small & medium businesses and the Ops team manages the missed call processes, content creation & curation and other key strategic projects. The offices have been designed to reflect the transparent and open door culture at Quikr.

"We have a very informal atmosphere in the office which is driven by the 'Work harder & Party Quikrrrr…' motto," says Pranay witha grin. Apart from this, Quikr conducts regular team building activities like inter departmental sports activities, parties and obviously, birthdays and festivals always keep the celebrations going.

Quikr also stands for all things quick. "We feel that the Quikr (sic) the things are done, the better they are! Anyone who celebrates impatience, the driving force behind our Indian economy, and wants to Be Quikr and things around him/her to Be Quikr, is a perfect match for us," says an impatient Pranay!

Quikr has bagged international recognition consecutively for 2 years where it was included amongst World’s Top 250 Private companies by AlwaysOn. Quikr has also been invited as an industry leader by companies like Nokia to talk about their journey on a global stage. A really high growth company, Quikr is one of the shining stars of the Indian Startup Space.