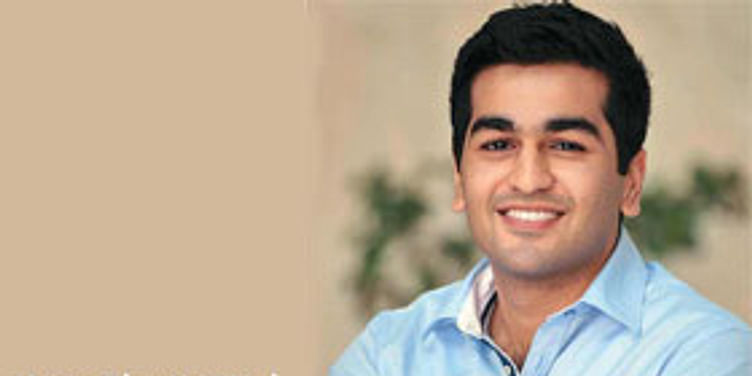 It's not very often that we hear a parent company announcing the funding of it own product, but earlier last week, the startup media was abuzz with the news that Hike, the hybrid messaging app, had raised a whopping seven million dollars from Bharti Softbank (BSB).While at first this might have come across as a publicity stunt, Kavin Bharti Mittal, the product head of Bharti Softbank, shed some light on how the company worked and put a different perspective on the recent funding. Here are the reasons why this large investment was made in the rapidly growing global application from India.

Kavin says BSB works like a startup incubator, where each of its products are like startups in themselves. He says, “BSB has four products as of now, which includes Hike, Airtel Live, Hoppr and Gaming, which is yet to be announced. We treat each one of these as a startup of its own and each one operates as independent companies.”

“Now as far as Hike is concerned, the traction has been crazy. I think 5 million users in just four months is no mean feat. This also coincides with our launch of Hike 2.0, which includes features like moods, which are like status updates. You can also create an exclusive group of friends from your Hike contacts, who can only see your updates exclusively. The whole endeavor was to provide context to messaging and it has worked really well so far,” says Kavin.

The app’s growing user base, its international presence and acceptance in markets like Germany and the Middle East, were the driving factors behind BSB’s investment in Hike.

Kavin credits the successful adoption of Hike to its design. He says, “We were particularly surprised by how well Hike did in Germany. As it turns out, Whatsapp users in Germany were really looking for an alternative and a lot of people found it in Hike. The design philosophy that we used while developing Hike was to figure out the apps atomic unit. By that, I mean figuring out what the app was going to be used for the most, and make that process really easy. It was iterative and it didn’t happen overnight, but I think the current version of Hike is everything that we wanted it to be. It’s really easy to use.”

With Whatsapp crossing Twitter in terms of users, we asked Kavin if he hopes to see Hike as a chat application as well as a micro social network -- “It’s funny how you guys brand it,” he chuckled, “but the changes that you see in Hike 2.0 was to make sharing more relevant to you and your friends. Rather than sharing one message to thousands of people who might not understand the context of it. But sharing it to a small group of people makes it really relevant to you and your circle of friends. And in a mobile first market like India, this will work well and we’re already seeing that.”

When asked for his thoughts about mobile social networking platform GupShup, he says, Gup Shup hasn't done well to transition to the mobile internet space. Yes, what they have done so far has been immensely successful, but I don’t think it will continue to be so in the future.”

With Hike recording maximum usage in India, Kavin shares that the focus of the company in the coming months will be to expand its user base within the country. He says, “For Hike to be a global contender, we really need four times more users in the next 12 to 18 months and India is going to be the biggest contributing market for us. We will be looking to run more campaigns like how we did before and add more interesting features to the product.”

Apart from India, he also believes there are untapped foreign markets who will adopt Hike in a big way. “US is definitely a market that we’re looking to get into. It’s a big market and we haven’t touched it yet. That is also in our priority.”

On a concluding note, we asked him if $7 million was going to be enough for this task. “I think so. But you can never be sure of anything in the space. Things change very rapidly,” says Kavin.

What do you think about Hike and its investment? Feel free to use the comments section to share your thoughts.