Lure of the Silicon Valley: What’s the difference? 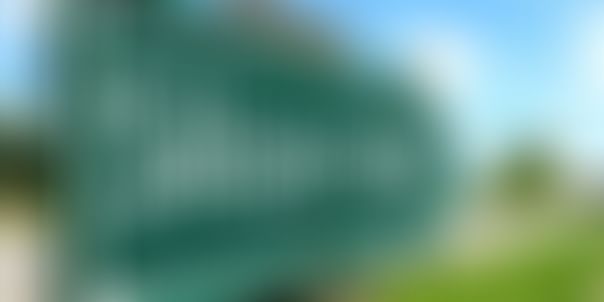 Silicon Valley is a mecca for entrepreneurs across the globe and has been a source of inspiration for technology startups. The startup friendly laws, access to capital, a rich talent pool, high risk appetite, Silicon Valley has had most of the things in its favour. Multiple reasons are cited to be the bedrocks of this unquestionable dominance of Silicon Valley as the Numero Uno Startup Hub and we haven’t seen any other ecosystem come close to Silicon Valley.Bangalore is the Silicon Valley of India and off late, we’ve seen the Indian startup space come of age. Technology startups in India are maturing and have built an appetite for global success. This has led many entrepreneurs from India to look beyond and transcend the constraints that exist in the country. Yes, things are improving in India but it is still hard to startup, it is still difficult to raise capital and there’s no arguing the fact that a startup would fare better if it were based in the Bay Area.

Many have made trips to the US to expand horizons and few have shifted base. We got in touch with them to know what’s the difference? From an Indian eye, how does the real Silicon Valley look like?

The Liberty to Take Risks

“Startups in the US are working on ideas we wouldn’t even think of in India. We can but we don’t have the liberty to look that far ahead,” says Sachin Gupta, founder of HackerEarth, a technical recruitment portal. Startups in the Valley are working on next level technologies like space travel which is beyond Indian startups for the moment. There are too many realistic problems to have the energy to look beyond the obvious. This is not necessarily bad but just knowing that you have the liberty to do such things, can bring about a change in thought process.

The above mentioned thought process basically arises from the fact that there are people willing to back your fantastic ideas. Entrepreneurs in the Valley will get funded on basis of a totally new idea. Traction is not a pre-requisite as it is in India currently. Talvinder Singh, the founder of Tushky, a GSF company emphasizes this point, "Some of the Indian companies are in fact better than quite a lot of valley companies. The lack of access to capital and the risk averse investment nature has kept away the ecosystem from thinking big.” Talvinder toured the Valley as a part of the GSF Expedition.

“The single biggest learning that I can share is being clinical about numbers and stats’,” says Sampad Swain, founder of Instamojo who shifted based after raising a funding round from 500 Startups. “In simple words, we have to learn to dig deep beyond vanilla metrics to measure the relevant ones from analytics,” he adds.

The Presence of a Market

Let’s accept it. Smartphone penetration is increasing and people are coming online but we’re far from a stage where consumers will be willing to pay. Any new product is readily accepted in the US. “The best possible growth your product/app can have is organic growth, though this is something we all are aware of, companies in US have been able to successfully internalize this process,” says Sachin. Local solutions work in India and that is what India needs but if you’re looking for that initial burst of traction , it’s tough to attain in India.

The Developer Culture, The Energy

“I walked into Red Rock Coffee Co at Castro Street, Mountain view and saw 15 Hackers hooked up to their computer building products. There are startups everywhere!” says Ritesh. The energy infectious and everyone seems to be talking in the same entrepreneurial language. This doesn’t mean that every city should be such but you need pockets of such adrenaline pumping hubs that can drive the entrepreneurial ecosystem.

Ritesh Agarwal, the 19 year old founder of Oravel has been selected as a finalist for the Thiel 20 under 20 Fellowship as a part of which he has been in the US from the past couple of weeks. “I stayed at Stanford for a week and had almost a new meeting, event, conference on startups across the world there; and majority of students in the Computer Science majors said they wanted to do startups; truly unique to the valley,” says Ritesh. The educational institutes have a huge entrepreneurial bent and this is a learning Indian colleges should inculcate. We’re seeing more startups from the IIM’s, IIT’s, BITS Pilani, ISB but the thought process needs to permeate to other colleges as well.

Amarpreet Kalkat, the founder of Ciafo who has been fighting a battle to keep his startup floating in Bangalore had this to say after his Valley visit, “Be in the valley unless you have a really strong reason to be in India. The difference is zameen-aasmaan (earth and the sky).”

These practices have evolved over a period of more than half a century in the Valley. Policies, forethought and other external conditions have favourably moulded the thought process over the years and led to the rise of the region as a startup hotbed. The space in India is very nascent (hardly 10 years) and it is only obvious that we are behind in this evolution curve. Setting the Valley as the benchmark, and other fast growing regions like Singapore and Israel, India will mature with it's own set of local nuances. We're seeing a wave of changes and a harder push from the government will take us further down this road of startup glory.