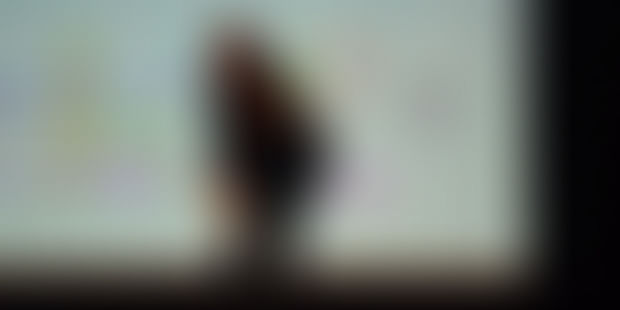 When MetroBrava founder Rubia Braun took center stage at the Startup Jobs Fair keynote session, the crowd was highly anticipated on what this caucasian woman had to say about working in an Indian startup. As it turned out, the talk turned out to be of super high quality, claimed to be at par with a TED talk.

The audience was inspired, not because of the cool stuff that she did as the chief innovation officer at MetroBrava. Her talk was a real story of a making it big in India and how conventional dos and don'ts don’t apply to working at a startup.

For someone who’s spent 6 years in India, Rubia very promptly says, “Mujhe hindi nahi aati,” which was the essence of the this first step. Rubia said, “By faking, I mean confidence. It is really important to be confident and it has helped me to great extent in my journey so far in India.”

Rubia first came to India looking to intern with a sound recording unit in Hyderabad, only to find that no such thing existed there. “Here I was in Hyderabad, of all places, conned out of my internship offer. But I didn’t lose hope. I literally went to each rich looking person on the streets pitching my sound recording and processing services to them. I met a director and became RamojiFilmCity’s first spot girl.”

During her stint as a spot girl, she was approached by BBC, who after speaking to her, hired her as an assistant director -- “That’s the beauty of working at a startup. If you’re confident, the work that you do can take you to big places in a single shot.”

She concluded by saying that it is also important to act responsibly once you’ve reached a position of power -- “Like Spiderman.”

“I did a course which was very difficult to get into. But on the first day of class, my professor told us, ‘at the end of this course, none of you will have a job.’ He was right for the most part. Only two people from the whole course are working in the media field and I’m one of them.”

The lesson Rubia shared out of this is to go out and challenge the limits -- “Nobody has any idea about what will happen. There will be a lot of people telling you a lot of things, but the only way to know if they’re right or wrong is by going ahead and doing it. And most of the time, they’ll be wrong.”

She illustrated this by how she and her team at MetroBrava went on to make a full feature film within a budget of 5 Lakhs, which was featured at the Cannes Film Festival.

She illustratively concluded this section by inviting her colleague on stage who offered her an ice cream cone. Holding it aloft in one hand she said, “For anyone who tells you something cannot be done -” and crushed the cone.

The final part of the presentation was the part where you go out into the world and make it, which Rubia believes to be the most difficult part. “We’ve got 3 offices across the world and we’ve now even entered the education space, which something that I had never thought about before this. But the fact remains that all this has only come after six long years of hard work and there is no substitute for that.”

However, she also said that it shouldn’t stop anyone from doing so. She says, “Will Smith, one of my favorite actors, often says that he was brought up with the vision that, if someone else can do it, then so can you. That’s helped me a great deal as well. Yes, we’ve failed at many places, but we never gave up and today here we are.”

She concluded by saying that the only way to succeed, is just go out there and doing real work.

Stay tuned for the video of the talk and an interview with Rubia.