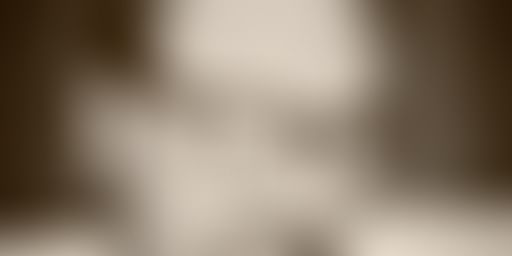 We have heard of people who dropped out of college to pursue their startup idea and then made millions some years later. Today's Techie Tuesday is about a person, who as even a kid displayed all the qualities to be a great coder (and a Python lover) years later. But who dropped out of college because he wanted to move away from the mundane system which he felt was hardly giving him the knowledge he sought.

Harshad Sharma grew up in the small town of Ahmednagar (Maharashtra) and at a very early age he was introduced to computers by his relatives, an Intel 80286 (or simply 286) powered machine to start with. “I got my first computer lessons at school in 6th. When I was in 7th standard my uncle upgraded his computer and gave me his old 286.”

In school when lunch breaks brought a sense of relief to other students, for Harshad it was time to grab a seat at the computer lab as he willingly sacrificed his bite to get a glimpse of high powered machines. By 10th standard he was proficient with computers, handling both the software and hardware aspect. Computer’s ability to hold infinite objects that can be replicated, broken down and built again, made the machine Harshad’s favorite toy. “The instinct to tinker and its fascination got me into the world of computers and has kept me here,” says Harshad.

So by the time he entered college he could create working prototypes of most of his ideas and that too in a very shorter duration. But the best was yet to come.

College, Python and dropping out

His dream of building on the knowledge of computers was shattered in college, because the college system was wired to teach other things. But he didn’t loose hope, because for him gaining knowledge was important regardless of the source. He started spending more time on public access UNIX systems with a 38kbps dialup connection from BSNL. Then strangers on chat networks gave him more knowledge than his professors at college. He further played and created many interesting projects by mixing hardware and software. His curiosity sometimes overpowered his expectations as went deeper into core programming.

Later in his second year (which turned out to be his last) in college he wrote an antivirus programme to cure the machines at the computer lab. His small collection of code removed the encrypted viruses, but instead of any handshakes or backpats, only silence came his way -- he was not even complimented by the college authorities. This and other series of events forced Harshad to opt out of the system. He says, “My computer science teachers were only half as much interested in computers as I was. That killed the whole experience of college for me. There was no point in staying in a system that does not value passion.”

Harshad worked with many Microsoft programming languages like BASIC, Visual Basic, C, C++ etc, but none of them really fascinated him as much as Python. “Python appealed to me in the sense that it was as easy as Visual Basic, only better when it came to expressing ideas. Even when Python didn’t let me create GUI apps, I continued with Python. You really can’t beat the fact that most of the code reads like English,” says Harshad. The white working space and absence of curly braces increased his love for Python. With virtually no text books for this programming language, Harshad built his knowledge

through online communities and has never looked back since.Life after dropping out, Photography and Instamojo

Dropping out of college created whole range of options for Harshad, but to sit down and study was not one of them. Photography, his profound passion (along with computers) grew as he wandered around with his camera. “I worked as a professional photographer for many years after a stint with a startup in 2008.” He moved to Mumbai two years ago as photographer but with right opportunities he ventured back into the software world and got associated with Instamojo.

Instamojo brought new challenges for him and along with three other members, he is working on making it a better experience for users. Instamojo got its first round of funding recently. “Funding has been a great sign of interest. It encourages us to work harder, because more people believe in what we believe!”

Do you love solving problems? Can you sit and build an abstract idea, bit-by-bit in your head? Do you have patience? Are you unafraid of change, of having to learn constantly to be at par with current technology? Then go right ahead!

No matter how engrossing and interesting your work gets, always keep working on weekends, go for hackathons, pick an open source project if time allows, and improve on it even if it is a little bit. Learn your way around Git and Github. And never stop exploring, says Harshad.

Get in touch with Harshad