“What is the valuation of your startup?” - Tried and Tested Ways 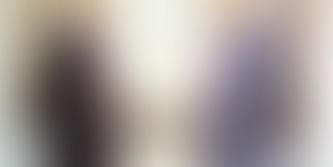 Valuation is a tough nut to crack. Going by the definition- It is the process of estimating what something is worth. And in the startup world, valuing a company is as subjective as it could get. Often the major point of debate while settling on a termsheet, valuation is a long process of negotiation. And often entrepreneurs end up frustrated, failing to read the fine print.Here, we compile all that has been said by the biggest names in the startup world; some words of caution, some advice, and yes, some equations!

Venture Deals: Be smarter than your lawyer and Venture Capitalist seems to be the bible but it’s always to get a small crash course on the subject:

Fred Wilson, a VC and principal of Union Square Ventures gave some solid initial thoughts on how a valuation works-

Valuation is a dance that entrepreneurs and venture capitalists do when it comes time to negotiate the economic terms of an investment. Negotiating a valuation on an early stage venture investment has not much to do with the current value of the business. If it did, why would a venture capitalist agree to a $10 million value for a business that will lose money for the next 2-4 years and has little, if any, revenue?

He gives the 1/3 rule wherein he splits the types of deal a VC invests in and how only 1/3rd are the one wherein valuation actually matters. Read the post

In a venture capital investment, the terminology and mathematics can seem confusing at first, particularly given that the investors are able to calculate the relevant numbers in their heads. The concepts are actually not complicated, and with a few simple algebraic tips you will be able to do the math in your head as well, leading to more effective negotiation.

The total amount invested is just the share price times the number of shares purchased:

Options Pool, Liquidity Preference and What Not

Options pool is something an investor includes in the pre money valuation to account for the talent you hire. “You’ll need to hire and retain talent to grow your company. Those options need to come from somewhere,” explains Mark Suster, who is a 2X entrepreneur and now general partner at GRP Partners.

Know everything about The Option Pool Shuffle in this post by Nivi, a Venture Hacker and co-founder of Angel List.

And the Liquidation Preference states how the proceeds from a sale or dissolution of the company will be distributed. Investors will always want to get their money out of the company before founders, which in the case where the company is sold for a low price is fair.

More in this brilliant video from Mark Suster.

From a VC’s perspective, he chases the following three things:

Up: Pro-rata rights. When things are going well (up) a VC wants the ability to continue to invest money to maintain their ownership.

Down: Liquidation preference. When things don’t go well (down), a VC wants to get their money out first.

Know What The Fuck Is Going On: Board seat. Beyond demonstrating that older VCs also swear in public, many people believe that with a board seat comes great power and responsibility. In reality it mainly gives one the ability to know what’s actually going on, to the extent that anyone knows what’s actually going on in a fast moving startup.

Still not clear? There’s a formula

Paul Graham, the founder of YCombinator has a direct formula to give anyone a rough idea; an equation to make an informed guess.

An investor wants to give you money for a certain percentage of your startup. Should you take it? You're about to hire your first employee. How much stock should you give him?

These are some of the hardest questions founders face. And yet both have the same answer:

Read more on the Equation Approach.

All this should be a great way to know how your company can be valued, read up and be prepared!