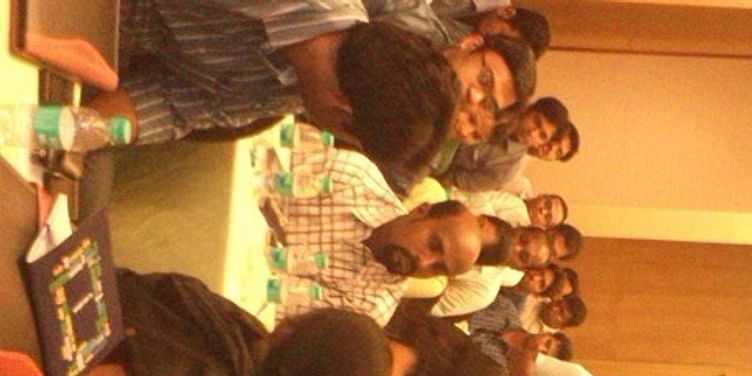 The summer morning at Chennai on April 13 was not of the scorching variety. A cloudy sky and a cool breeze kept the city pleasant. Soumitra Sharma of IDG Ventures should have been surprised at the 60-odd participants that showed up. The daylong bootcamp to demystify the VC funding process was perhaps the first of its kind in the city. Eager entrepreneurs, M&A facilitators, chartered accounts, and aspiring entrepreneurs had filled the hall.

The first session gave an overview of the VC landscape and the different modes of funding available for entrepreneurs such as bootstrapping, angel funding, and grants/awards. Terming VC as a risky asset class, Soumitra emphasized that venture capitalists take utmost care in choosing their investments. Some videos on what GPs and LPs expect were also played. He further advised entrepreneurs to choose VC as the funding of last resort, as it involves parting with more equity.

Soumitra importantly gave the timetable for VC investment and what amount of time is spent in each process. He also listed the critical steps in each process. There were tips given on how to present a pitch to a VC when you bump at him in a conference. Soumitra also gave several wise points on how to arrange your pitch deck. The most important highlight of this session was a peek into the VC investment process and what it demands from the entrepreneur and the founding team. The CEO fronts the business representing it to the VC firm.

The most beneficial session of the workshop was the postlunch session on term sheet, although Soumitra termed the second session that involved the process of VC funding as the meaty session. Listing the salient and legal points of the termsheet, Soumitra also provided important tips on how entrepreneurs should position themselves and how to take the conversation with the VC once the deal reaches the termsheet stage. Competing termsheets from several VCs usually puts the entrepreneur in a position of advantage. This session is a must-attend as it demystified the process of valuation during VC funding. Valuation plays a crucial role in splitting equity between the VC and the already existing investors in the company. Soumitra also took the audience through the sequential rounds of funding such as Series A, Series B, and Series C. He highlighted the valuation part and legal aspects of these different stages of funding.

The most interesting session of the workshop was the final one in which Soumitra was involved in a fireside chat with Girish Mathrubootham, founder of Freshdesk, and who has raised two rounds of venture capital. Speaking straight from the heart, Girish gave most valuable advice to entrepreneurs looking to raise VC capital. He said, “Go to the VC only if the market is really big.” He further said that the raised VC capital should be deployed in the business in 12 to 18 months and not left in the bank. “Our experience with VCs has been great and stories are spread by people who don’t raise money,” Girish added. Terming VC money places heavy demands on the business, he stressed, “don’t take the VC money if you don’t have a stomach for it.” He also said that VCs collaborate with the business and help with introducing your product to be tested in their portfolio companies. They give strategic advice based on their experience with other businesses. “But you need not take all their advice,” he pointed out. One quote that Girish said sums it up. Fred Wilson said, “When the going is good, the entrepreneur is in control. When the going is bad, the VC is in control.”

The overall feeling of attendees was that the workshop was beneficial. Swapna Sundar, who runs an IP strategy firm IP Dome, was interested in knowing the VC landscape to see why some of the companies she meets come to IP strategy to raise money to develop intellectual property rather than deploy a product in the market. A wannabe entrepreneur Amanya raised lot of questions during the sessions. The Q&A sessions were very interactive.