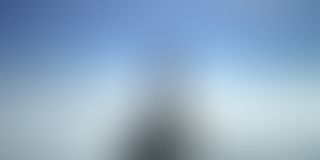 More often than not, the founder is the face of the company when it is a startup and the whole bet on a startup making it big in most cases is put on the founder. And in this age of the internet, having a mighty presence online can help the company as a whole a lot. Everyone tells you that you need to have a ‘Social Quotient’ but building an online presence/following is something that pretty much comes naturally to a person.Someone who considers it fickle minded and somehow isn’t addicted yet won’t be able to make a presence (via some agency). Having kept a keen eye on founders over the years, we've picked out some entrepreneurs who have been able to build a brand and will try to analyse as to what worked for them:

Many know him as an author before an entrepreneur but this is what a successful book can do to one. Varun is a 27 year old first generation entrepreneur who runs AlmaMater, an online store for personalized college merchandize. From his experiences of running the company, Varun wrote “How I braved Anu Aunty and co-founded a million dollar company” which went on to be a runaway hit. Now a social media celebrity, Varun surely has a web presence that makes many jealous.

Bal Krishna has had an illustrious career having worked with Amazon and co-founded AskLaila and a few restaurants. He currently runs Zopnow, an online grocery store and also runs a radio channel at Radiowala.in. Apart from this, what makes him such a jolly good person to follow on social media are his PJs. Yes, he’s got all his wit intact. A very diverse person, people surely are keen to hear what he has to say.

Co-founder of iXiGO.com, Aloke has been in the travel space for more than a decade (see their funding journey). Aloke is the perfect example of a social media savvy guy. With more than 53,000 followers on Facebook, Aloke has done it without any superpowers. Sharing fun, relevant things without blatant self-promotion is what makes him tick.

Co-founder of Wishberg.com, Pravin is probably the new star on the block. His powers- A product blog and a fanatical eye for everything ‘product’. Pravin is known by @beingpractical on Twitter and he blogs at beingpractical.com. He is an example of persistence and focus paying off.

The name is enough for this guy. A Twitter celebrity, Ramesh Srivats is widely known for his witty punny one-liners across social media. And when he is not cracking jokes, he’s running TenTenTen, a company that builds web and mobile applications.

Varun and Ramesh are probably the runaway superstars in this list but all of them have distinct fundamentals that make them kick on social media. This is by no means an exhaustive list but some names from whom I’ve learnt and believe an entrepreneur looking to build a social media brand can imbibe certain things.

As a gist, here are the things that work:

Okay, enough gyan but what does one get out of it? You’ll surely know once you become a social media superstar. Networking means a lot (especially for a startup) and you’ll see lots of brick walls turn into curtains. And yes, if you have this, you don't really need a PR agency.