Overcoming the stigma of starting a Publishing House: Gatehouse 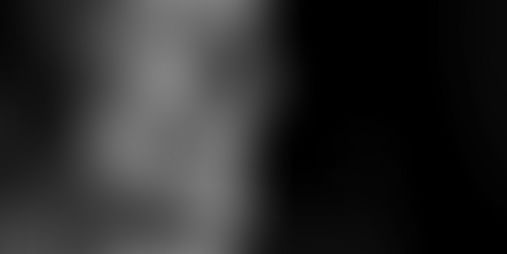 The print and digital debate has been well documented. In this age of kindle and apps, the desire to touch and smell paper, to read something is undoubtedly declining. Personally though, I still buy my books and (select) magazines (though environmental concerns has made me switch to reading newspapers online).

At the Singapore Walkabout, when I saw a publishing house in the list of startups, I was intrigued. I first met Bernard Baskin of Gatehouse that day, when he briefly told me what they do - travel, food and lifestyle publication which supports local businesses/community building. I left the short meeting with several questions in my mind, all of I recently spoke to Bernard about.

Why a publishing house?

The answer to ‘why a publishing house’ wasn’t a straightforward one and it was best articulated through the work Gatehouse does. Bernard, a lawyer by qualification moved from the US to Singapore in 2008 when a local law firm, Kelvin Chia Partnership offered him a position - advising global businesses on setting up an office in Singapore. He followed this up with a stint in Vietnam, for the same firm, working on the same profile there. He then moved to Richard Chandler Corporation briefly, where he worked as a legal counsel in the CSR department. Soon after, he joined Travelshark, which published an interesting travel guide - ‘eat.shop guides’. Speaking of the guide, Bernard says, "The guide had great content, and it wasn't the usual travel stuff. It featured about 80-90 local businesses in a city, which gave the traveller a unique experience and also helped the local community grow. That was when I realized that a good publication can actually be really powerful".What got Bernard thinking then, resulted in Gatehouse. With content on food, travel and lifestyle, Gatehouse publishes aesthetic products, where each product is tied to a cause. They are currently working on two major products, the rights of the eat.shop guides have been brought over by them and the new guide has been rechristened ‘The Hunt Guide’. Secondly, the startup has partnered with a film production house in Singapore, on the documentary series 'Foodage', showcasing the history of Singapore through its food, which they are looking at converting into a book.

Speaking of Community development being a passion, Bernard says, "with Foodage, a lot of the profits from the sale of the book will go into helping organisations in Singapore which train new hawkers - so the culture doesn't disappear".

What keeps him going, is his belief that a good product, which stimulates the mind and the emotions, and does good for the community will build a great company. Does he consider himself a social entrepreneur then? I ask. He thinks about it before simply saying, "I didn't set out to become one, this is just what I do".

Besides in-house publications like the Hunt Guides and Foodage, Gatehouse also provides a distribution network to smaller publications, who have quality products. "Distribution is a tricky business to deal with. Every region, country has its own network and distributors do not step on each others toe. It becomes really difficult for small publications to negotiate with each of them. So if we like a product, we help distribute it, for a small margin", he explains. Their in-house publications are monetized through sales only, and the books have no advertorials. The startup also works on producing content for magazines and on commissioned custom projects for corporates.

Another interesting project they working on is Movember - a men's cancer charity organization. “We are putting together a series of city guides to showcase the local businesses and organisations which support and participate in that campaign. This is to spread awareness on the cause and the bring those businesses to the forefront”, he says.

The team currently consists of 6 people, with freelancers commissioned on a need basis.

Speaking of Singapore being his choice of place to set up a business, Bernard says, "Singapore is a good place to do business in Asia. Things are easy and structured here, it's a legal society. Personally, though expensive, it's a great place to live. Besides, my ambition was to establish a traditional publishing house which has an element of community building in some way, and there is nothing in this league in Asia".

Bernard's demeanour makes it hard to believe he found anything difficult. But there has been several challenges, he admits. "At the very beginning, the challenge was getting past the stigma of starting a publishing house". Finding the right team is the other thing he identifies. "I believe a company rises or falls based on the effort of the team, so having the right people, who believed in and imbibed my vision was very important". Lastly, he says, the process of discovering and determining who you are, and turning down lucrative offers which doesn't fit in to the vision was hard.

The books, all printed in Singapore, are being distributed in 30 bookstores across Singapore and online, and the company is currently negotiating distribution terms in the UK, US, Canada and Europe. “The next edition of Hunt guide will be releasing worldwide in August”, he says, excitedly.

Of Bernard’s vision for Gatehouse - quality content, a community angle and endorsing print as a medium, the content is what naturally comes in the foreground, enabling sales. The sales will surely have a ripple effect on the community which the product is trying to back. The question remains whether good content (and community good) can prompt people to overcome a ‘digital mindset’? Who is to say at this point that it can or not. It’s going to be a wait and watch for this young startup.