[YS TV] [Techie Tuesdays] Sriram V Iyer - A master of many, many trades 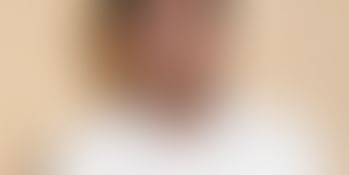 "I know at least 6 different forms of martial arts and I had the record of the fastest knockout in NIT Trichy at the time I was there," said Sriram V Iyer, co-founder of UMobile.

Now if you knew Sriram from his witty and insightful talks at various YourStory events, Martial Arts would be the last thing that you'd expect out of him. Add his love for super-bikes (He rides a Hyosung GT650N, Honda CBR 250R and a Yamaha YZF R15 which he modded himself) to the equation, and you slowly begin to

think that there's a lot more to him than what meets the eye. And boy, there is so much that even we at YourStory didn't know about him.Starting out as kid from school who had a flair for computers, to a complete Geek at college, Sriram, with about 13 years of work experience, has seen more than what most engineers see in their whole lifetime. He has worked on machine language programming from 8-bit microprocessors onwards to cloud technologies, and communication technologies, added to the vast amount of computer science that he already knew as a young college kid.

He is a the quintessential tech entrepreneur and is working on all three facets of a digital lifestyle at UMobile. But the journey to where he is today is that of a technologist. And possibly one of the best ones that I've ever heard of.

Today, we will make an exception to our no-entrepreneur-only-techie rule to this column. Today, we give you, Sriram V Iyer, the technologist.

Sriram is quick to admit that he comes from humble beginnings. He says, "If not for my school I would have never been able to see a computer. There was just one computer in our school. I used to be able to write C-code on a piece of paper and my teacher had a C-compiler at home. She used to go home and compile it for me and return it the next day to me as a list of errors or an executable. Later on, my teachers brought a computer to school and I was given access to it whenever I wanted. Even the 12th standard guys used to move out of the room when I wanted to use it!"

At school, Sriram was so intrigued with computers that he did everything possible with it, including creating a virus - "I even called it Sriram virus, which was stupid of me! But honestly, my school really helped me and encouraged me to learn more about computers."

When Sriram made it to NIT Trichy to pursue his engineering, his fascination with computers continued. He says, "When I found out that there was a 24 hours computer lab in the campus, I had tears of joy! I was so obsessed with going to the computer lab - my department's building was like a 25 minutes walk from the computer lab. During a half an hour break I used to run in ten minutes to the building, code for five minutes and run back to classes. I used to code all night at the labs. I was the typical computer geek at college."

Sriram's work life has been an illustrious one. He's worked with Philips and Beeceem Communications before starting up UMobile. In this time, he's authored a book, worked on the world's first low power WiFi chipset which was used in every Intel Centrino laptop, implemented the world's first WiMax network, got 4 patents – Two in Wireless / Communications and two in the domain of dynamic programming language and also started up an award winning company which works on some cutting edge stuff in the fields of communications, cloud computing and electronics.

An attempt to try and summarize such a career in a few paragraphs would be futile. So we got the man himself on video. Check this out -

During this time, he's also developed an interest for super bikes. But his love for technology even trickled down to this as well - he's actually programmed the engine control unit (ECU) on one of his bikes!

Focus on traditional computer science and keep the saw sharp

Sriram believes in the hacker attitude which enlists 5 rules, namely -

1. The world is full of fascinating problems waiting to be solved.

2. No problem should ever have to be solved twice.

3. Boredom and drudgery are evil.

5. Attitude is no substitute for competence.

Sriram says, "I think anyone who adheres to these laws is a good coder. But at least from my experience with interviewing candidates for my company, I can tell you that there aren't many who do so."

Sriram believes that a lot has changed in the recent years and developers concentrate on learning libraries and take a lot of basic computer science for granted. He say, "Libraries will change tomorrow but knowing basic computer science and learning algorithms will never change. Today we have computer graduates with many years of experience who still cannot code to save their lives!"

Sriram leaves every techie with a singular advice - "Keep your saw sharp and always learn. The aha moment doesn't happen everyday. Just keep learning and practicing and hope that one day you will become an expert. And if you do this diligently, expertise will come to you."

Are you doing your basics right?