Bored of hanging out at cafés? Try The Pint Room, for some beer and conversations 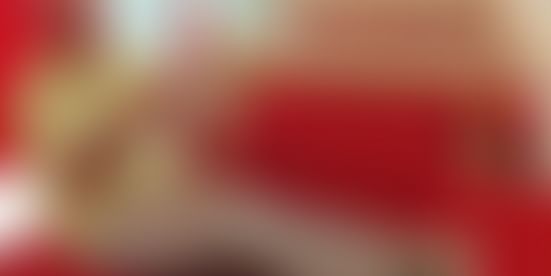 What is common to Red Bull, Foster’s, Tuborg, Carlsberg and The Pint Room? And I am not referring to the taste of these drinks. I am talking about the man who brought/ introduced these drinks to India. Pradeep Gidwani proudly calls The Pint Room his sixth venture and likes to be known as a serial entrepreneur. We were a little baffled about his other five ventures, but through the course of our conversation, we found out that he was referring to the brands that he’d brought into the country as his other entrepreneurial outings.

Pradeep started The Pint Room in 2011 and is trying to create a beer drinking culture modeled on lines of the coffee drinking culture that Café Coffee Day help build here. Today the Indian landscape is rife with a number of café chains including Starbucks, which is the latest entrant into the space. The Pint Room wants to provide an ambience, look and feel to customers similar to that in a café to customers walking into any of their outlets. The only difference being the beverage they serve to the consumer –beer. The Pint Room today offers a large variety of Indian, international and niche beers to customers at their outlets.The Indian beer market according to estimates is pegged to be a Rs 12,000 crore space, which between 2002 – 2012 has recorded a revenue CAGR of 27%. A large part of this space is still dominated by Indian brands that appeal to the masses. But just like the cappuccino got preference over cutting chai by a large number of Indians, The Pint Room is hoping to give the same crowd another drink to hang out with.

What The Pint Room has to offer?

Currently the venture serves anywhere between 20-50 varieties of Indian, international and niche beer brands across its different outlets. It has presence across Mumbai, Delhi, Bangalore and Chandigarh. The choice of locations has been varied from malls, to high street locations to IT hubs, but one constant that Pradeep has kept in mind is that they should all be “in and around residential areas.”Another thing that Pradeep is very clear about is the positioning he wants The Pint Room to have: “We are very clear that we don’t want to be a bar. So we don’t want to do IPL screening, we will have TV at the outlet, but it will play anything that the customer wants to see. We are like a café and not really a late night place. There will be Jazz music playing in the background. Friends, family, couples, can all hangout and enjoy some good beer, wine and food,” explains Pradeep.

Now Pradeep has a habit of challenging the usual. He narrates an incident when he launched Foster’s in Mumbai bang in middle of the rainy season and how everyone told him it was a bad idea. Pradeep not only launched the beer successfully, but also carved the strategy to make India one of the leading markets for Foster’s on this side of the world. It is this same confidence he has in The Pint Room. “People asked me how can you have a bar in Delhi and not serve Scotch. But what they don’t understand is that The Pint Room is not a bar in the first place,” emphasizes Pradeep. And Pradeep has been vindicated of his decision to be different, today about 50% of the customers coming to The Pint Room are women. “Even brands that I launched in India, there were many things that was being created from scratch and that is the commonality here as well. I enjoy bringing in new concepts and building a new brand, I am doing that it again with Pint Room, so I am confident in that sense,” says Pradeep.

Taking the comparison with cafes a step further, The Pint Room relies mostly on events and strategic tie-ups to spread the word. Pradeep is also promoting the outlets as a place for small get togethers like book reading, art discussions and such. They have organized group hangouts for brands like Harley Davidson, partnered with Taste of Mumbai festival and done a MTV block party.

His team of 40 members also continually take customer feedback at different outlets to understand customer concerns or needs if any. The staff in each outlet has been trained about the variety of beers offered and there is also a flipbook that lists all the offerings they have at every outlet. Staffs at The Pint Room come from mixed background of hospitaly, alcho-bev and BPO industry, says Pradeep.

“Innovating and trying something new is one thing, but customer validation is equally important,” says the master marketer. To make customers more comfortable about the concept, Pradeep says its important to demystify things and not make it complicated like a wine tasting evening or a wine & cheese party. They have also put in place a mystery shopper program, where different outlets and the staff at these outlets are rated on parameters like customer service, soft skills, knowledge of products and time taken to serve the customers – something very akin to real customers giving actual feedback, says Pradeep.

The startup wants to be present across the length and breadth of the country, again something similar to cafes. “Some days back I saw a young couple with a kid come to the outlet and that is really motivating, plus when customers keep coming back because they have liked what they see here, its another high,” says Pradeep. For a young country like ours that has managed to enthuse most brand marketers within and outside the country, startups such as The Pint Room offers something different for the experimentative customer to try. However what remains to be seen, is how much of a habit change can The Pint Room bring about in a country that still guzzles down gallons of cola per day.

Two other startups whom we had written about in the alcho-bev space include Myra and St Erhard beer. Read more on them.