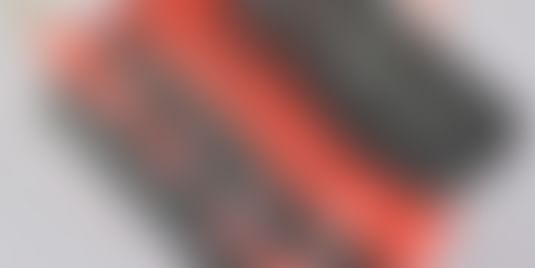 It is common to see the young guys and gals plugged to earphone while jogging, working, or travelling, listening to music. The ubiquitous earphone, with its white ear buds, made fashionable by Apple after the launch of its iPod has become a necessary add-on to the electronic gadgets such as laptop or mobile phone. And it should rank next to spectacles for ‘where-did-I-place-it’ search at home or workplace. When Alex Vazhatharayil and Arun Srivatsava, as M. Tech students, were working at the Department of Engineering Design at IIT-Madras, they too faced a hassle — of keeping the earphone in place, literally. “I use earphones so that it doesn’t distract others,” says Alex as he eases into a conversation. The earphones needed to be kept straight and easy to plug into the ear.

The credit card provided a solution. A cool design was born. Alex and Arun designed a sleek Tangle by punching five holes into the credit card, and making the sides curvy. One master hole at the top lets the extension of the ear buds into the Tangle so that you can quickly roll the wire. The sequentially placed four holes below the master hole are used to keep the remaining wire and the tip of the earphone in a stitching pattern. Then during the course of our conversation, Alex casually holds the Tangle slightly above to untangle the earphone quickly effortlessly. “We looked at the existing designs that address this problem and they all needed some attention from the user,” points out Alex. This Tangle doesn’t need any special effort and you can un-Tangle your earphone, as you talk, work, or walk.“Working for Tangle was fun,” says Alex. After iterating with several designs as many as 15 times, the design was finally piloted with his batch mates at IIT-Madras and friends. Some friends provided useful feedback on which the design was improved. “You can customize your Tangle,” says Alex. Now, a set of two Tangles are sold at $5 and a set of customized Tangles at $8. Now there are 14 designs of Tangle to choose from varying in colour, look, and feel. International orders are fulfilled as well. There have been 20 customers for Tangle so far. Mostly customers were personal friends, their referrals, and some through the website. Typically, customers use Tangle as a give-away in events or as part of branding.

The Tangle was launched in May 2013 after testing for nearly 9 months. Alex has preferred to go to indiegogo.com, an international crowdfunding platform that helps you raise funds from across the world for any project, be it art, technology, theatre or any other. So far, Tangle has received a little over 10% of its target of $5,000 through crowdfunding. Alex plans to use the funds to better the Tangle itself with precision cutting and to match it top-notch. A part of the funds are also to be used to source his other startup—Makeystreet.Tangle is not the first physical product that Alex has made. He had earlier developed MagicKarpet, a CNC foam cutter, and an Instructables link. “We were unable to take these prototypes beyond the project stage into the market,” explains Alex. Tangle has been developed with the intention of commercializing it. The actual startup that Alex is working on is Makeystreet, an online connecting platform for makers and designers. For typical DIY projects that involve technology, sourcing of components or small parts is often costly and requires effort. To make it easy, Makeystreet will connect the designers with the makers of components, parts, or accessories across the world. “This is going strong in the United States and happening only in academic campuses in India,” Alex elaborates. The designers can benefit from lesser cost of connecting directly with the makers. “Offline support will also be provided,” adds Alex.

While Alex is pursuing the startup and is ready to make the Tangle website ready for sales by August, Arun is flying to the United States to pursue PhD at the Carnegie Mellon University.

You can also contribute to Tangle here.