[YS TV] Conversation over tea with Hari Menon, CEO, Big Basket; one of the oldest e-commerce players in India 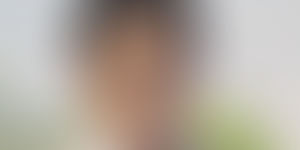 Did you know, that there was an attempt to start up an ecommerce portal for grocery in India, back in 2000? Did you also know that there was ecommerce in India, as early as 1998? Well, yesterday, I was speaking to the man behind both these startling facts.

Hari Menon was one of earliest players in the ecommerce business, with product e-commerce company, FabMart. The portal still runs today as Indiaplaza. Along with this, his experience in physical retail has been one of great success - he was part of the founding team of FabMall, that was sold to the Aditya Birla group in 2007. After a four year break, Hari is back in the Indian entrepreneurship scene, with BigBasket.com. The company holds the distinction of raising the largest Series A round for an ecommerce startup in India and is soon approaching operational profitability; a rare thing in Indian ecommerce.

Our conversation included a lot of how he's seen ecommerce and entrepreneurship as a whole evolve over his 15 year tenure as an entrepreneur. This is a fascinating conversation with man, who's not just journaled the space. He is the change. Here are a series of videos for times to come, where India's ecommerce veteran, shares his knowledge and experience -

YS: What is the story behind BigBasket? Why Grocery of all things?

YS: How has ecommerce changed over the years?

YS: Tell us a little about customer acquisition. How has that changed over the times? Also, how do you handle marketing for BigBasket?

YS: Is BigBasket profitable? What's in store for the near future?

YS: Over the past 15 years, how has entrepreneurship itself changed?

YS: You said you've tried out a corporate job. What brought you back to entrepreneurship? Why do you persist with it?