Focusing on flats for students and bachelors, Flat.to consolidates in Mumbai; will expand to Pune 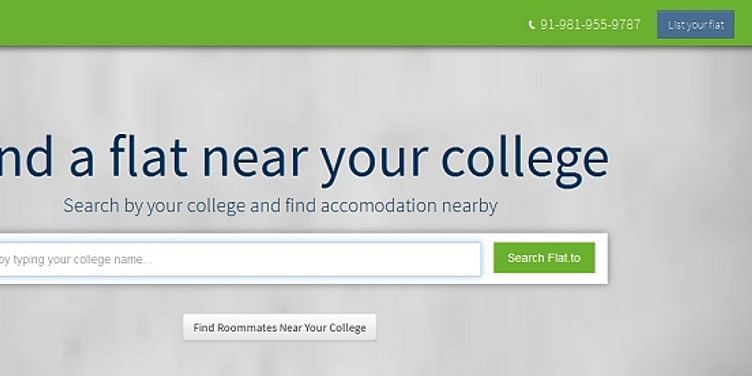 Founded by Gaurav Munjal and ably supported by investor and co-founder Aakrit Vaish, Flat.to is a Mumbai based startup into real estate listing with a niche focus on students looking for places to stay around their college. Gaurav came to Mumbai in 2008 to pursue computer engineering in NMIMS University and had gone through the pain of renting a place around the college. This is what set the wheels rolling in his mind.

While interning at Directi, Gaurav started working on the product which was a map based site to help people find out places to rent. “I made some money during the time from the site too but then Directi proposed an offer which was too good to refuse at the time,” says Gaurav about the initial days. In the meanwhile there was a host of other startups that were entering the real estate space. Following the bigger ones like Magicbricks, 99acres, we had another wave with Proptiger, Homeshikari, Housing who entered the fray.

Gaurav still had his heart in the idea and when he got in touch with angel investor and entrepreneur Aakrit Vaish, Gaurav decided to take the lunge with Flat.to. “This time we were clear that we will focus on just one niche, because it is a major problem that needs some solutions. So far we have helped more than 500 students,” says Gaurav. Raising some angel capital, Flat.to has now consolidated itself in Mumbai by tying up with 12 colleges. They also have around 30 paying customers in brokers.

Here is a video about the offering:

Flat.to has been marketing via tie ups with colleges and has a strong community going where students discuss about the rooms to be rented out and who is looking for what. Going forward, Flat.to aims to maintain a focus on students and bachelors who’re looking out for places. “It is generally seen that houses for rent on most of the sites are open to families. We want to cater to this market segment of bachelors,” says Gaurav.

Flat.to has grown to a team of 14 and has moved into an office that can hold more people. “We’re expanding and hiring for many positions,” says Gaurav. The plan is to keep growing in Mumbai and the next launch will be in Pune which has a high density of colleges. This launch is on the cards within another four to five weeks.