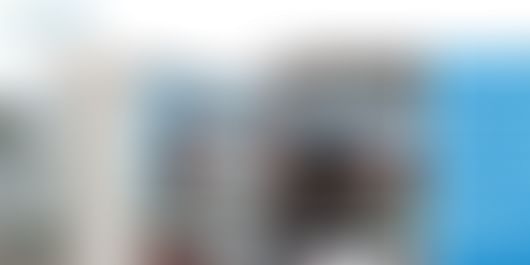 While there are more than half a dozen startups who are helping customers find a home, there is an equal, if not more, number of people starting up on the supply side. Today, we have a startup that is making a difference in the construction material space, especially bricks. Magicrete is a startup that is engaged in the business of innovative building materials and prefabricated construction technologies. It makes AAC (Autoclave Aerated Concrete), which is an alternative to bricks for wall construction. “AAC Blocks on one hand have price parity with red bricks and on the other hand allows for faster execution, involves less labor, reduces construction costs and is environment friendly. This industry is at a nascent stage in India and has significant growth potential,” says Sourabh Bansal, co-founder Magicrete.

Talking about the idea, Sourabh says the idea came about when the founding team realized the opportunity that the construction industry presents. “Magicrete was a result of strategic search of an opportunity to add value in a conventional supply chain by bringing in efficiencies in labour, time or energy. Construction industry is a big pie in our GDP and after steel & cement, bricks form the largest share of building materials consumed,” says Sourabh. Walling is a Rs 50,000 crore industry, dominated by bricks. There are around 100,000 brick kilns scattered across the country and brick manufacturing is a very unorganized & energy guzzling industry, says Sourabh. Magicrete with AAC blocks is hoping to bring organization and efficiency to this industry.

While the opportunity is large, Magicrete through this initiative has also taken on the big daddies of construction business and competes with Ultratech, BG Shirke, BIltech (Avantha Group company), Hydeabad Industries Ltd. (CK Birla Group). However the opportunity that the space offers is enough for everyone to operate and grow. “Walling is a Rs 50,000 crore industry and even a 10% conversion over next 5 years would amount to a significant size for AAC. We are currently catering to Western and Northern Indian markets from our 3 plants. Market for AAC has grown from Rs 50 crores five years ago to Rs 500 crores presently,” says Sourabh.

Founded in 2008, Magicrete has two manufacturing units in Surat with a cumulative annual capacity of 400,000 CBM. They have recently commenced their Delhi NCR unit with an installed annual capacity of 350,000 CBM. They are also scouting for land to set up plants in Bangalore & Mumbai and by 2016 aim to be India’s largest AAC manufacturer, with an installed capacity of 2 million CBM. Besides the AAC block, the startup has also launched two products that complement AAC blocks, namely MagicBond – a dry mix mortar division with block joining adhesive and Magicplast – a light-weight gypsum plaster. They are also working to expand their dry mix portfolio along with introducing larger sized AAC steel reinforced wall panels.

While the opportunity is large, the challenges have typically been from the builder side. “Converting extremely value conscious real estate developers to AAC from clay bricks was one of the major challenges. Managing a positive cash flow in initial years when we were operating at half the installed capacities was also challenging,” shares Sourabh. The even bigger pain point in the business says Soruabh is manufacturing AAC, which involves mixing of 8 different materials in appropriate proportion. “So getting the recipe right with required economics is a big challenge in making a consistently good quality product. Other major challenge in this industry is breakage during and after manufacturing which for a few manufacturing units runs as high as 10%,” he says.

However, once the initial reluctance is overcome, builders see the value that AAC blocks make to the construction business, and that has helped Magicrete grow rapidly. The venture crossed Rs 100-crore turnover in revenues last year.

Magicrete has a team of 300 people spread across three different plants. And Sourabh says the team consists of professionals from IITs and IIMs.