Why Reduce Data pivoted and rebuilt their product ground up 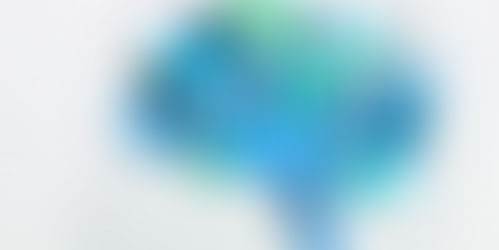 Asif Ali is a technologist with more than a decade of experience who started out with Reduce Data from the US in Ocotober 2012. He noticed the gap that small businesses had in understanding the mobile platform and online advertising and this was the roblem he set out to solve. Reduce Data also raised $500,000 from private investors based in US and had on boarded a few hundred customers using their product.

Focusing on the US and India market, Reduce Data was a product that primarily helped online players optimize their online spend. “Upon launch, we signed up hundreds of advertisers at which point when the campaigns were kicking off, third party certification was needed. Many customers could not use the platform for this. We needed certification from Google Adexchange and other platforms,” says Asif.

Some customers could use it on certain ad platforms but didn't want to pay additional dollars while they loved the idea and used it for their campaigns. The constant feedback was that at an additional cost, they might as well buy this as a part of media. “We also noted that those in the analytics space were moving to build out their own bidders and media buying platforms and this prompted us to pivot,” says Asif. Another big thing was that Google certification which forced Reduce Data to either (not both). Reduce Data decided to take a call to move towards media buying and began winding down selling of analytics. With this came the launch of the Programmatic Advertising platform.

Programmatic is a platform where advertisers buy advertising space through an auction over advertising exchanges. These auctions happen over an industry standard protocol called Real-Time Bidding (RTB). And Asif says that audiences bought over auctions are turning out to be more effective than traditional network media buying because advertisers only buy audiences which meet their targeting needs, price needs. Advertisers buy each impression instead of a placement which means each user/impression is priced differently and this mechanism has shown to favor advertisers.

RTB spends are increasing each year accounting for and while solutions are available in India, it is estimated that the uptake is not very high due to various reasons while in markets like US, the uptake is about 20% of all digital spends (read the complete blog).

More on the pivot

Reduce Data is a team of 15 which also includes an offshore team in Chennai. The pivot is a complete revamp on the older product and they have a few users from their earlier beta but many of them are new as well owing to their active sales pipeline. So, what are the implications of a move like this on the team?

Asif says, “The team morale (importantly the engineering team) did dip and there has been a shakeout with a few people leaving. This was out of the pressure to build a new platform plus the horrors of quickly abandoning the old one. That is unfortunately the price to pay for having to quickly pivot according to market needs.”

A bold move from this promising startup, Asif believes that the product market fit is fairly established now as they are entering a mature market landscape.