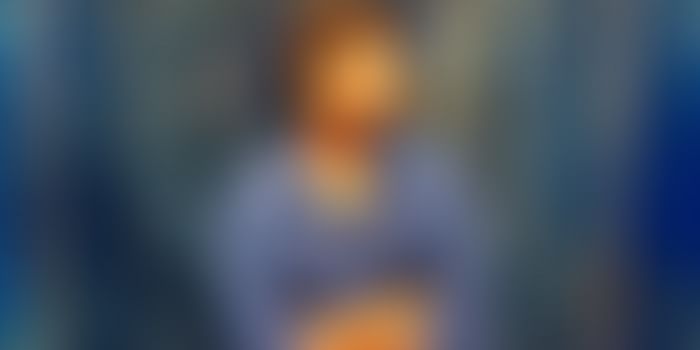 Today’s Techie Tuesday kind of sets the record on the youngest exposure to computers. While most of us were possibly introduced to boolean logic in our higher secondary school, this guy was well versed in it at the age of 4. He was a proficient coder by the time he reached 8th grade and cracked an awesome job at Robert Bosch after his college.

And then, he did something not many expected to do - he became an entrepreneur, and a good one at that. Narayan Babu, is one of 6 founders of Dexetra. Funded by Sequoia Capital, they and are the makers of popular mobile apps, Iris and Friday. Narayan now looks after business and strategy of the company, but in him, lies an amazing techie.

What drove this computer whizkid to start up one of India’s most well recognized startups? “Chaos”, he says. Read on to know what that means -

Narayan was introduced to computers at a very early, and I mean that by no small measure. He says, “I was thinking in boolean by the age of 4.” He credits this to his father, who was a great technologist in his own right. He says, “He was one of the engineers in India’s supercomputer project, PARAM. In Trivandrum, he was the head of the Linux user group as well.” Narayan fondly remembers the time when he used to use Red Hat 5.0, where you’d have to key in frequency of the monitor to be able to use the display.

To be an entrepreneur, you have to jump out of the plane and then build your parachute

By the time he was in 8th standard, he was already a full fledged programmer, proficient in many computer languages. Even today, Narayan’s ideal world is - “less humans, more machines”. His father’s influence on him is heavy, as he coyly remembers, “every decision I took in life had to be quantified and planned out. I’d have to lay it out like a flow chart and convince him of how I would overcome every pitfall that I might face via an if or a for loop.”

However, Narayan believes that he had something that his father didn’t have - chaos. He says, “To be an entrepreneur, you have to jump out of the plane and then build your parachute. It’s very risky and you cannot plan for it. With my father, everything had to be planned. I’ll give you an example - we used to play a computer game, Ceasar. It was a strategy game and people spend countless hours on it. Me and my father used to chalk out our strategy on a white board, switch on the computer, and just execute our plan. We used to come back to see that our objectives were achieved.”

Narayan would join Robert Bosch after college, but only because he wanted to understand the workings of a business.

Narayan had met 3 likeminded people at Bosch, and 2 others from his college. They collectively decided to start working on a mobile startup. He says, “At Bosch, we were working on in-car navigation systems. Round about the same time, Android was getting popular, and I had initially pitched the idea to Bosch for the in-car navigation system we were working on. Of course, it wasn’t accepted and for a good reason. But I was really interested in the mobile apps space, and so were the other six. So we decided to quit and startup something.”

They had moved back to Cochin, where in the first few months, the team launched many mobile apps, so as to get an understanding of the space. This time wasn’t without challenges - “Some of the guys in the team weren’t from Cochin and we were tight on cash, as we had bootstrapped. So me and a few guys had to stay in the office itself. It was difficult, but fun at the same time.”

One such hobby app, was Iris - a Siri clone for Android, which became viral and an overnight hit. Dexetra started being spoken about, because of this app, but Narayan and team were working on something else. He says, “We were trying to make Friday and that’s what we wanted to build the company on. Unfortunately, many thought it wouldn’t work. In fact, one investor said -

“Do you have a PhD in search?”

“Have you worked for Google before?”

“Then you cannot build this product.”

“We have heard all sorts of things from so many investors, and we were also running out of our savings. However, we met with Vijay Shekhar Sharma, from One97, and he loved our idea and the app’s design. He made an investment, which provided us with a much needed reprise. We then got to meet with Sequoia Capital, and Mohit Bhatnagar bought the idea as well, and here we are today.”

A grand vision and an API for life

Dexetra’s app, Friday, is in the forefront of the contextual movement. Narayan shared, “I used Google Music on the web quite extensively, and at the same time, I also use the phone’s music player quite extensively. Why can’t I continue my phone’s session on the PC? This is just a small example, and with Friday, we are able to get to know the real you. And by that, we want to make people happy. That’s what we’re working on - to build something of value, which makes people happy.”

Dexetra’s Friday also acts as an insights engine, which powers other apps (or applets, as they call it), like Dialapp and Trails. Narayan hopes that other apps also use Friday’s insights and they are working on building an API, which he calls, an API for life.

Some compromises on being an entrepreneur and a techie

Narayan admits that being an entrepreneur has cut down on his coding time. He says, “Honestly, not coding for some time takes a hit on your speed. My speed has reduced by quite a lot. Also, these days, coding isn’t about just knowing a handful of keywords. You need to know a lot of libraries and that makes me go back to Google or StackOverflow every other time.” Despite these things, Narayan still does get his hands dirty every once in a while in building POCs, but doesn’t involve himself too much in production level code.

He also shared that being a techie, making a simple, usable product wasn’t much of a focus in the early days. He says, “If there’s one thing I would change in the past 3 years or so, I would have focussed in building a simpler product and cut out on some of the noise that we made along the way. I mean, after 15 iterations of Friday, we now have an MVP. We’ve seen how wel simple app’s work, with Dialapp, and we’re working on simplifying Friday as well.”

On a concluding note, he reminisces his early days as an entrepreneur and when asked if he ever expected to be at the place he is today, he says, “Honestly, I never thought we’d be a 20 member team and we’d have this swanky office in Indira Nagar. It is a big responsibility and it in a way reduces your risk appetite. But I’m really grateful for where we are today.”

Narayan’s father is no more and just before the end of our conversation, I asked him if he’d be proud of what he’s done. He says, “I think so.