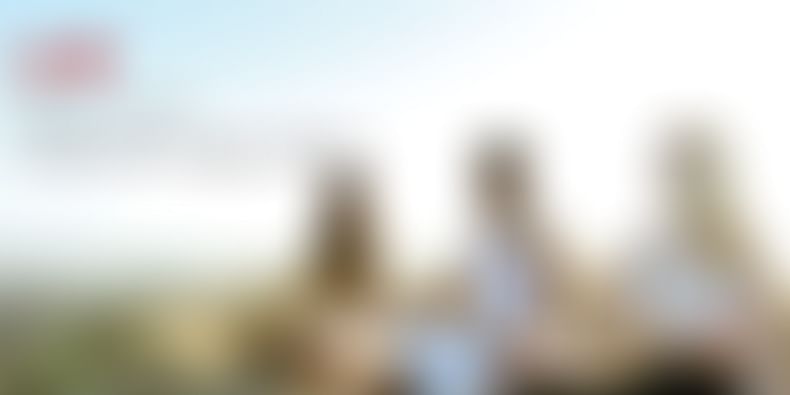 Vishwanath Iyer, author of the book - Yoga and Love, isn’t exactly what you have in mind when you think of a yoga master. In his own words, he’s the first yoga master with a six pack. Vish, as he is called by people who know him, is a workout junkie. He’s fashionable and would never give you the impression that he is a yoga master or that he comes from a lineage of yoga masters, who, until his grandfather, ran yogic schools in Tamil Nadu for a living.

In the typical Tam-Bram family where everyone goes to IIT, Vish took the slightly unconventional route of graduating in biology. But he did go to the US, to get himself a masters degree. It was this move that would put Vish back in touch with his yogic roots, and realise his purpose, through adversity and turmoil.

Vish is today an entrepreneur, a life coach, a lead Hollywood actor and more recently, an author. The life events that made Vish all of these things is a compelling story in itself. So, grab a bowl of popcorn; you’re about to read what could soon become a movie.

We present to you, the life of a modern day Yogi.

Through struggle and strife

The late Steve Jobs once told Salesforce founder Marc Benioff that intuition was a gift. Vish believes that this gift was always embedded in him through his yoga roots. It was those early days in every young man’s life - new place, new beginnings and new opportunities. But little did he know that he was going to face adversity head on. He says, “For my education in the US, we were promised a loan. That loan didn’t come through, and here I was, alone in the US in my early 20s, with no money. The college had further asked me to take up some bridge courses before I could take up the full course.”

Vish faced poverty for the first time in his family. He says, “We weren’t very rich, but were sufficiently well off. I had never faced poverty in my life, and it was a tough experience. I would use the same shaving razor for over a year, use towels in the place of pillows and work at cafes to meet my ends. It wasn’t easy.”

It was around this same time when he got an intuition on what he was meant to do in life. He says, “I had a vision that I would help people with yoga through media - be it books, TV and movies. Here I was, with no money in hand, and I was getting these visions of helping people!” He turned to the yoga masters in the US, seeking refuge and a peace of mind. “I went to San Diego, where I learnt under many prominent yoga masters. I also taught meditation and helped people solve life problems through yoga practices.”

In this time, Vish made many friends, who would often pitch in with money, when he needed it. He says, “When I needed money, it was there.” These friends would pool in money for Vish’s further studies and Vish ended up with a dual masters in information science and business. He says, “Everyone told me that becoming a software engineer was the easiest way of getting a visa in the US. So I took it.”

Vish would then embark on a journey that helped him find the love of his life, and the inspiration for his book.

Vish always wanted to work in the movies and he kept an eye out for opportunities that would allow him to do so. He found a movie studio nearby and he called them to see if he could audition. He says, “They told me that auditions were closed, but they said that they needed an AD (assistant director). In movie terms, it means the coffee guy to the director. I just wanted to be a part of a movie set, so I signed up.” They worked on weekends, on the movie, and Vish was enjoying being a part of a movie set.

“It was warm saturday afternoon in San Diego. Everyone in the set were all sticky and caffeinated. I suddenly had this feeling of anxiety. I had no idea why I was feeling it. I turned around and I saw five and a half feet of gorgeousness. Every cell in my body knew that this was the girl I had been looking for all my life.”

This was round about the time his parents were looking to get Vish married. Nothing was working out. His yoga masters had taught him techniques, which involved living a yoga lifestyle. He says, “It is spoken about in the Atharva Veda (the book of spells), but in a very cryptic way. I learnt it from the masters and applied it to my own life.”

So he started speaking to this girl, and one day he told her about how he felt for her. Vish says, “She was a very jovial, bubbly person, but when I told her about it, she was very serious. She said that I wasn’t her type. I was relieved to an extent that I had got it out of my system. We stayed in touch and I told her ‘we are both students of science. Let’s not give up on something without trying it out.’”

And so they did. Vish introduced her to his meditation practices and it wasn’t long till even she started to feel the same about Vish. They got married, and have been happily so, for the past 9 years. It hasn’t been without challenges. Vish says, “My father gave me a lot of freedom. He used to say, that I could whatever I want to do with my life, but for one thing - messing with his lineage. I did exactly that. He still doesn’t speak to me properly.” Vish doesn’t regret this much, as he believes that his marriage is the best thing that happened to him.

Now, I’ve known Vish and his wife Deypika Singh for about a year now, and they are one of the happiest couples I’ve ever met.

Three months after their marriage, Vish’s contract with his company ended. At the same time, Deypika lost her job too. Staring at a significant change in their life, Vish’s friend had contacted him. Vish says, “My friend was suffering with cancer, and it was terminal. He wanted to do business with me in the real estate space, to amass some wealth before his time came.”

Vish and his friend went into the real estate business. Vish describes himself as an aggressive person and it was the same case in business as well. He raised money aggressively, bought property at an aggressive rate and before they knew it, Vish had over 130 properties under his name, all over the US. He says, “It was a 55 million dollar enterprise and we were growing rapidly. There used to be Harvard professors saying that a firm like ours couldn’t possibly have more than 30 properties in our portfolio, and when we had over a 130 properties. So many investors wanted to partner with us and we were turning people down. I was on the road almost every other day.”

And at the peak of this run, Lehman Brothers happened. Their filing of bankruptcy caused one of the worst economic recessions in modern history and American real estate was the worst hit. Vish’s 55 million dollar empire came tumbling down. This was a very dark period of his life. He says, “I was single-handedly responsible for the loss of 12 million dollars in cash. I lost everything - my big house, my swanky car and the standard of life. But I knew that I did what I could with all my heart. And it didn’t work out and I was alright with that. But there was something I wasn’t alright with.”

Vish lost his friend to cancer, and was answerable to all his investors. He says, “I’m your friend and I give you something, shouldn’t you take care of it? How could you blow it? Is this what a good friend does? Now I prided myself in being a good friend and I didn’t have answers to these questions. People put their life savings on me and I lost it. That deeply hurt me.”

Vish has two learnings from this traumatising experience - Never do business with friends, as it clouds your judgment (something his wife told him before he got into the business), and to never get into a business without a mentor, as you need someone watching over you, guiding you.

Moving on - a realization and triumph

With life setting Vish back by quite a bit, he decided to try and find some work in Hollywood. But his wife, Deypika had a suggestion. And this time, he was going to take it. Vish says, “Deypika told me, that people feel transformed after talking to me. She told me that I should take up coaching people through yoga practices and write my book. And so I did.”

Since 2007, Vish has been in the business of coaching people on solving problems through ancient yogic practices. He says, “I’d like to think of myself as a mix between Tony Robbins and Deepak Chopra.” Vish speaks at public conferences all around the world and is at the forefront of the yoga movement in the US.

Furthermore, Vish has also launched his book, Yoga and Love, which is a simple version of the yogic practices that are required in attracting your life partner. He says, “I don’t claim to be a yoga master. The book is just a chronicles these practices through the story of how he got married to his wife. He says, “The book hasn’t gone on sale yet, and we are already seeing some amazing response from people in our circle. In the last month alone, we’ve sold 400 pre-release copies of the book.”

And the icing on the cake - Vish got called up for a Hollywood movie as it’s lead actor. (Check it out here). The movie is going to launch sometime this year.

Vish’s parting words for himself, were quite ambitious. He says, “I want to make the yoga way of life accessible to the masses. Think of me as the the hep, young, t-shirt and jeans, motivational speaker and body-building yoga practitioner.”

His advice for me, was even more so: “Always have goals that scare you.”