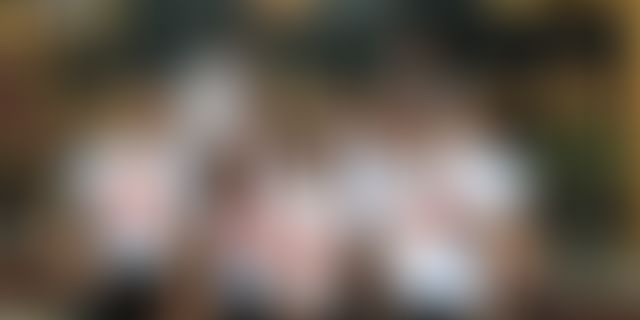 Anthony Copping has the most unusual journey. He traveled the world in quest of indigenous music and origin of languages. His documentaries were showcased in National Geographic Channel, and his journey was dubbed as the most dangerous journey undertaken by anyone in search of music and lost languages.What made this filmmaker and adventurer-traveller a technology entrepreneur? He tells us his story.

Quest for languages, music and stories

I come from media background. I started with TV production. I am British, and I travelled extensively across the world. One of my biggest passions was language, and the origins of language. I was very interested in the origins of language and music. I ended up doing a lot of research on tribes in the jungles of Northern Pacific, Africa and Asia. I was very interested in figuring out how languages and music have similarities when it comes to human storytelling. My work started getting recognized. National Geographic Channel started following me and I did a number of TV shows for them about the history of culture and how the humans communicate.

One thing that I would keep coming back to during all these expeditions is the art of storytelling. Culture is always passed on through generational storytelling. The way they told these stories defined the age they lived in. In olden days, stories were told via art forms on caves, then it became words on paper, then came music and then came radio and other forms of transmission. Today, I feel there has to be a form of storytelling that can be intimate.

Starting of my entrepreneurial journey with Binumi

One of the key things I found during my travelling was that humans interacted via their stories. Five years ago, when I was living in New York, I was thinking about how a 14-year-old can make a video story with minimal effort and no wifi connectivity. And, today, after being at it for 5 years, we have been able to achieve exactly that! Being able to deliver that vision needed four steps. Not every child can travel everywhere and shoot videos; for example, not every child can get to Mt. Everest, they need content and they need that content to be legal, they need that content to be free to use. Second, they need a platform where they could find all the content in a way that enables storytelling, the search filters for this content should be extremely easy. The third thing that we need is an online editor, some kind of an editor that young people could use to put together these stories very quickly in 10 minutes. And the last thing is we need story templates, so that stories could be retold and templates can be reused.

All these four components comprise Binumi today. We started conceptualizing Binumi 5 years ago, and raised the first set of funds in New York. Then, we focussed on creating content. We spent three years filming content from around the world, and we have one of the biggest factual libraries online in the world. About 20 months ago, we started working on the technical process. We wanted to keep the technical process for the end, because things change very rapidly in the technology world. When I was just starting out Binumi, we had a TV production company in Thailand, which had 20 passionate people, so we decided to locate Binumi in Thailand. We have a 40-people team today, and we have been working like crazy in the last 5 years without any sleep, building the site, putting all these videos together, and building the technology to enable storytelling.

Why Thailand as base

One of the greatest problems that I found in my career is human resources. We knew we already had a passionate team in Thailand, and this is a country that is particularly creative in terms of putting the content together. So, Thailand seemed like a good choice. But it is not easy having the IT base here; we have freelancers from the US and Australia for tech. Certainly for the content, the base has been very positive so far, not so much for IT, but we have learned to overcome those challenges.

The other big challenge has been understanding the education space. We know there is a big need in this space; teachers want to use interactive video to teach, and students want to use videos for reports etc. But the market is extremely fragmented, depending on where the schools are located and what governments they operate under. Understanding the education space has been a huge learning curve for us and we learn everyday. We raised money back in New York, and we still have that money. Coming from media background, I always understood the value of money and wanted to keep the money for as long as possible, we still have the money we first raised. I have decided to go out and raise money again now.

Adoption so far and big goals

We want to be able to bring video into young people’s lives, and we want those videos to mean something. If you want to take a snap, the space is covered with multiple apps. But what we feel is not covered is, let us say a student wants to make a video, the focus has to be on an idea, and not on video-making capabilities. First of all, you should be able to buy the software which is very expensive for a student or a school, and next you need to read the manual for months to understand to figure out what you need to do with the software. For us, it is about making the video production as simple and seamless as possible. Since our public beta launch two weeks ago, we have been watching people create beautiful videos and tell stories. I am amazed at some of the videos created by 7-year-olds on the platform.

At the moment, what we have is schools enrolled with us, we have about 150,000 students who are in the process of enrolling, which covers about 70 educational institutions. Most of these schools are from Thailand, we are looking to start trials in other countries in this region. We want to make it extremely easy for kids to use videos for storytelling.

We provide content and the tools to put all of it together, and as we move forward via our mobile versions, I am very excited to find out how the consumers are going to use the product.

I request all YourStory readers to use the product.

Kudos to Anthony and his curiosity to unravel the world and make it accessible to everyone! Here’s to a new way of storytelling, and we wish him all the best with his endeavour.