Close to million downloads with Zitrr and a big partnership; the story of Rootwork's early success 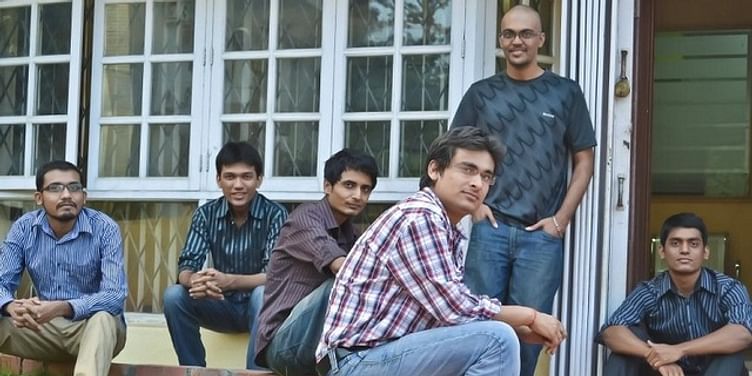 IITs and NITs are premier engineering colleges in India. A breeding ground for a lot of technology startups nowadays, one can expect to hear a lot more from them. One such story is brewing up at NIT Allahabad where six youngsters from various parts of India found a synergy together and started up Rootwork. They did give corporate life a chance but soon realised that their heart lay somewhere else.

A good mix of technology enthusiasts and photography lovers, they were fiddling with the ideas combining these two domains and landed on a rough idea for an app early in 2012 while still in college. They worked on various technologies but recognised mobile software as their space and started out by building apps on Android, iOS and Windows 8. "We also have a product studio (Zitrr) through which we publish our own app ideas, and market them under our banners (Rootwork and Zitrr), says Piyush Rawat, one of the six co-founders: Pratik Bhadkoliya, Ratnesh Neema,Nirmal Prasad, Mohit Nigam, Bharat Chudasama. Rootwork is currently a team of 15 based out of Bangalore and Baroda.

Zitrr Camera is a photo editing app on the which got them huge success first up. "We decided to go with iOS as we knew the channel had a higher chance of monetization. We experimented with keeping it paid and making it free intermittently but once we were featured on some of the popular app platforms, we saw a flurry of downloads," says Piyush. Zitrr Camera has crossed 800,000 downloads and will go beyond a million very soon at the current rate. Almost 65% of these downloads have been paid. The other apps in their portfolio include Slypy and BhakSala.

Samsung Electronics Korea is building consumer apps on their platform Tizen and had invited a few select companies to develop these apps for them. Rootworks is probably the only Indian startup to have been selected and they are building two versions of Zitrr for Samsung. Rootworks will be getting $65,000 for the partnership and more projects down the line. This and other projects have enabled this young startup to setup their offices in Bangalore and Baroda.

"Most ITes companies would have a typical 'give-and-take' business model in the b2b space. We curated different models of engagement where we also work like associates with companies on consortium agreement, while entering into an association as a mobile technology partner with them," says Piyush. They have around 4-5 collaboration going at the moment, with companies unrelated to mobile space.With the wind behind their back, the team is very positive about the prospects.

Talking about the drive and vision, Piyush says,

"When we started we had nothing in mind except the drive that we want to build a brand in mobile software space. A brand that people, and we ourselves, would like to work with. Like many other entrepreneurs, we're not married to any of our ideas. We take pleasure in executing others' ideas. We started bland, but over time, we got married to entrepreneur's lifestyle. We like to see how our establishment is growing everyday, and the contentment we get everyday is already worth a million dollars. Everything else is on top of that."

One of the promising new companies in the mobile software area, Rootwork has had a jump start on which they can propel themselves to push forward.