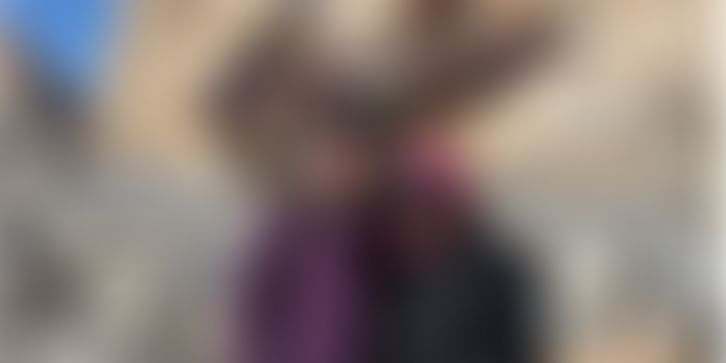 In 1970, an Indian lady traveled to the US on a whim. It was only after she reached there that she realized she didn't have enough money on her. In a foreign land without any aid at hand, she somehow managed to make her way around. It was the travel DNA in her that let her jump out of her comfort zone in the first place and then she was able to survive. She came back home with some very happy memories that lasted forever. This lady was the grandmother of Yuktie Jhangiani and Diipti Jhangiani.

Travel has always been in the blood of this family and they've especially had a liking for colder places. “We absolutely love trekking and I remember that most of the vacations of mine have been in the lovely mountains of North India,” says Yuktie. It was in 1996 that their mother, Vandana Jhangiani who is also a travel freak decided to setup a shop that would cater to the needs of travellers going to cold places. That is how their retail store came up in Khar, Mumbai.

That shop has been a popular one amongst the tourists and taking this legacy forward to attain scale, they have went online now. “We realized that a lot of people wanted the gear we stocked and a lot of orders were coming from outside Mumbai. eCommerce was the best way that we could satisfy this need,” says Yukti who along with Diipti take care of the eCommerce store. Yuktie is a CA while Diipti has been a media professional working with several Media MNCs.

The company is named after their grandmother- Prrems and they deal specifically in winter wear. Snow and winter jackets, woollen coats, thermals, sweatshirts, raincoats- they've got all things winter and they promote Indian brands. “We have more than 50 brands with us and more than 90% of them are Indian,” says Yuktie. She goes on to give an example of a couple who bought gear worth INR 2 lakh from a well known global brand while she and her sister got everything from Prrems for under INR 10,000. “We have been in the space and now have an eye for which brands actually work. So shopping from us will surely save you some money which you can use to make an additional trip,” says Yuktie with a smile.

Owing to a lack of some specific gear, Prrems has also ventured into manufacturing which has helped them complete their range. A total team of 10 including the store and the eCommerce venture, Prrems works very closely with their customers and takes delight in talking with them and sharing their stories. “We also intend to do events which will bring all the travellers together and share their stories with like minded people,” says Yuktie. (they have started building towards this with their blog)

The eCommerce store has been launched a couple of months ago and do around a delivery a day. We've seen this growing trend of retail business being taken forward by the new generation via the eCommerce channel. Be it Hardik Shah with education or Premsri Jain with Bartanwale, online channel is proving to be a good support for the offline businesses and all these efforts accumulate to help realize the potential of eCommerce in India.