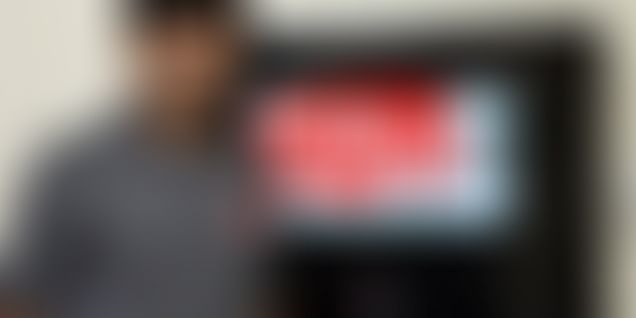 Mumbai Angels, India’s leading angel group, hosted the Asian Business Angel Forum in Mumbai which saw participation from over 200 angels from all across Asia.

One of the highlights of the forum was the fireside chat between Pravin Gandhi of Seedfund and Phanindra Sama of redBus. Phani (as we all fondly call him)

recently had a blockbuster exit and is a role model for every budding technology entrepreneur in India. Phani’s openness, transparency, his commitment to ethics and values are starkly visible in this conversation with his early investor and mentor.Excerpts:

Pravin: Are you an accidental entrepreneur or did you plan to be one?

Phani: We are accidental entrepreneurs. Seven years back, I couldn’t get bus tickets to go home during Diwali. Initially, we wanted to solve this problem by creating an open source solution. We wanted to create a technology solution and give it to the bus operators as open source like a pro-bono thing. One thing led to another, we found mentors who helped us, and we had Seedfund invest in us. From there the whole entrepreneurial journey started.

Pravin: So, in the end are you happy that you didn’t open source and built a business?

Phani: Yes, I am happy (laughs)

Pravin: I have known Phani for seven years since we first met and invested. He met me and my colleague in Bangalore. We heard the story. It was just a piece of paper at that time and we agreed to invest. There are two attributes of Phani that have stayed with me. He has a tremendously high value-system, moral as well as he doesn’t want to cross any legal boundaries. He is also very particular about fairness when he deals with his colleagues and customers. The other attribute he has is that, he is a voracious learner. Whenever we have our portfolio events wherein we get a successful entrepreneur to address our companies, Phani is always the first one to grab hold of that speaker to see what he can learn from him/her. He is very adamant that he will not do something that he doesn’t understand. This is also annoying at times.My question is, do you think this has in anyway hindered the growth of redBus, were things as fast as they could have been?

Phani: As I said, we were accidental entrepreneurs. We took the direction that our mentors showed, and we knew no other way. We had a huge belief in our investors and mentors. And after 7 years, I can say that the journey is completely worth it. There is not a single deal we lost out because of many of those things you mentioned. When we first went to Government, RTCs etc, they did expect bribe from us, but we stayed away from it. Within two years of that first conversation, we got all RTCs onboard because of the business we could provide them. We haven’t lost anything in the journey by sticking to ethics and values. I am very happy that we got the right mentors at the right time shaping all of us and guiding us to success.

Pravin: Has it been tough bringing state-run RTCs onboard?

Phani: Head of RTCs change every two or three years. There is no continuity. It is certainly different selling to them. But once we start delivering value to them, it is very difficult for them to move away from us. For example, with one of the RTCs we are doing 3 crores every month, there is no way that they will turn us off and go away. So it is very sticky offering that we provide.

The sales cycles are different. The approach is very different. If you go via politicians, your deal will never go through. If you go via mid-level management, it will never go through. But if you go through IAS officers then your chances of closing the sale are high. Some of the officers are very progressive. We have seen success there and we have continued to take that route which led to our success with RTCs.

There is hope to build businesses ethically in India. You must believe strongly in it. It needs persistence. It also needs losing some deals in the short term. I know at least two other companies that think like me and they get deals.

Pravin: How big are you today when compared to competition?

Phani: We are small in-terms of the Total Addressable Market that we have. We are however multiple times bigger than closest competition. There is still a huge opportunity ahead of us in India.

Pravin: Being the person that you are, I remember there was this one case where you had to let go of one of your co-founders. How did you deal with that? Was that an emotionally difficult decision for you?

Phani: Not so much because of the orientation that we had got. We knew we were building an institution and not a family business right from the beginning. In fact you (Pravin) told me many times that any institution is much bigger than any individual, doesn’t matter who that individual is including myself. So all these things had a big impact on me. I knew I was building an institution that was much beyond me or anyone else. Often when I go on a vacation, I switch off my phone, and the business runs as usual. Recently at one of our board meetings, the acquirer representative referred to us as an institution. There was some senior management attrition post-acquisition, and some people were questioning about how we will run, and even the acquirer representative was mentioning to the board that redBus is an institution and it will run without Phani and anybody else there.

Pravin: In India we value relationships so much, they sort of overtake the managerial relationship sometimes? How did you deal with that phase then?

Phani: It was not my decision. It was more of his (co-founder’s) decision. He said he wanted to leave. Yes, it was an emotional thing. We have come all the way through and he is saying he wants to leave. Is it because we have not been treating him well? I went through all those questions and doubts. It was more of his decision which we accepted at last. But, for me, the tough phase was after 4-5 years through our journey; we had to let go of some of our senior management. We had a big discussion saying the company is growing much faster and we have to get some fresh people. That is the time when I went through this whole dilemma as to what is my Dharma? I started saying that I began with everyone else with no experience, by that logic five years later even I should leave. We had these long board meetings during that time, and one of the board members gave me the Bhagavad Gita and he asked me to read a particular chapter where Arjuna was killing all his family members, but he had to do that for a larger cause. Things became clear to me after that.

Pravin: You had done a down round, did you feel demoralized after that?

Pravin: So which proves that there are some good investors around.

Phani: Yes, there are.

Pravin: When you hired people from the corporate world, did you have any apprehensions like - will they look up to me, will they listen to me etc?

Phani: When we hired people with experience from the corporate world, we wanted to make them feel so good, we wanted to give them so much space and sometimes at cost of our own. If I were to do it again, I would not do it at the cost of founders and other existing management team. We did that to an extreme, and it didn’t work out well. Yes, you should get seasoned folks and treat them well, but only as equals, in our case we were treating them much more than equals, which didn’t work out well.

Pravin: Finally, when the whole conversation of exit came in, was there any conflict? Because the investors wanted to go, the buyer wanted to buy the whole lot, which means you may have to go, didn’t you feel you had a lot of energy left and hunger for more growth? I know you were never after wealth, but what did you feel about the exit?

Phani: I didn’t worry much. The day we raised money, we knew we had to exit. It was on our mind. We were oriented that way. We were not sure whether only investors would sell, or we would sell too, but when an offer came, we were fine. I think there is a satisfaction of seeing a complete cycle from to start to growth to exit.

Pravin: Were there any times in your journey when you wanted to give up?

Phani: I was the champion of this product when we started. I brought all the co-founders together. And I was never allowing myself or my co-founders to think anything negative of the idea. We worked for 6 months on creating the solution and after that we launched the product. Three months after we launched the product, we were getting 10 sales a week, and the money was negligible counting to 2000 INR, our salaries were 3 lac INR per annum. I could just not imagine how this 2000 Rupees would become 3 lakhs at least and then 30 lakhs later and beyond. That is when I went to the other co-founders and said maybe we should stop. In fact one of the co-founders, Sudhakar (who later left the company), said that if a company would be successful in three months then everyone would start a company and that we should at least give this 12 months. That gave me energy again and we continued for 12 months. In the next 12 months lot of things changed. I am glad I continued.

Pravin: What is your advice for budding entrepreneurs?

Phani: One thing I want to say is have a positive mind. In any situation, there is a half empty glass. But we need to train ourselves to see the half glass full, because we can’t afford to be unhappy in this journey. We have to cheat ourself by looking at the half-glass full. This is the attitude that has really helped us in every context. You can be happy if you have this mindset.

Question from the audience to Phani: Have you started angel investing?

Phani: I haven’t yet started angel investing. But, I was going to seek some audience from Pravin Bhai on how to go about it. Though I am not going to compete with him on this (laughs).

Dave McClure from audience to Phani: Congrats on the exit. You are now one of the most visible figures in the Indian tech scene. With great power comes great responsibility. And I would challenge you to make 10 angel investments of whatever size comfortable for you per year. Get started now, India needs you. You need to set an example. I will match every investment you make this year and next year, if you get started right now.

Let’s wait and watch how soon Phani will take on Dave McClure’s challenge. We will keep you posted.