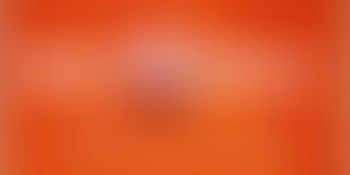 Millions of cricket fans from India and abroad would soon be logging in to BookMyShow.com to buy their tickets for the ICC Twenty20 World Cup 2014 to be held in Bangladesh. With the International Cricket Council (ICC) and Bangladesh Cricket Board (BCB) appointing the Indian company as the exclusive ticketing agent for the Twenty20 World Cup, which starts on 16 March 2014and goes on till 6 April 2014, BookMyShow.com is all geared up for the event.They are keeping in mind that the traffic could peak to incredible numbers and so have prepared well in advance to meet the demand. Ashish Hemrajani, founder and CEO of BookMyShow.com, told YourStory: “BookMyShow has a robust system built over many years of a deep understanding of managing user expectations. We manage huge volumes on weekends, blockbusters, large sporting events as well as live concerts. The nature of the business is around sudden peak demand and we are extremely mindful of that.”

The Twenty20 World Cup will surely be a sold over even. The issue, he said, would be that "with demand outstripping supply, the hits to the infrastructure will be 30 to 50 times of the actual tickets sold.”

Entertainment ticketing portal BookMyShow.com has been one of the top three e-commerce websites in India with respect to transaction volumes. It has been managing several top sporting events including Formula 1, Indian Premier League, Aircel Chennai Open, Super Fight League, and Yonex Badminton Championships. That this Indian company competed with other international players operating in this space and bagged the World Cup ticketing rights is heartening. Especially after the recent fiasco over Sachin Tendulkar’s last Test series, where scores of fans couldn’t get to see their hero’s last act, because KyaZoonga.com, Mumbai Cricket Association's official ticketing partner, website crashed due to traffic.

“Here, we are an Indian company that competed with other international companies, won the bid and executed the first phase flawlessly in Bangladesh, a foreign nation with a fraction of India's infrastructure. The sales in first phase was close to 100 times the general admissions for the 200th test,” Ashish said. Online and offline ticketing had gone live in the first phase simultaneously. This rolled out in November and will remain open till 31 December 2013. The second phase will start on 1 February 2014.

“We sold over a 100,000 tickets within half a day of sales opening. We did that by making tickets available via an easy, robust and accessible system. The integrated solution includes on-ground presence in over 95 outlets covering 64 districts across the country in Bangladesh to serve all fans in every corner of the country, all of which are connected centrally in real time,” Ashish said.BookMyShow, headquartered in Mumbai, also has offices in New Zealand, Malaysia, Australia and the UK.

Tickets for the ICC Twenty20 World Cup can be purchased following the links on www.icc-cricket.com or on www.bd.bookmyshow.com or through any of the 95 retail outlets set up across Bangladesh by BookMyShow in association with Moneygram. All ticketing platforms provide real time ticketing and seat selection. Online ticket purchases must be paid for by credit card (Mastercard/Visa/nexus only) at the time of purchase whereas the ticket outlets also accept cash.

For further details and to purchase tickets, log on to www.icc-cricket.com.