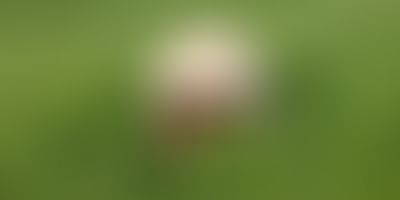 Startups find it tough to hire. Finding a candidate who has the right mindset to suit a particular startup is difficult, according to many Indian entrepreneurs. But that’s a problem for later. The first problem is finding the right co-founder, only if you want one that is. For those looking for a co-founder it would be worthwhile to consider the following things.The growing trend of co-founder community portals

1) Cofounder.in: Founded in April 2013, this co-founder search platform went live in August with the first version and has around 1000 active users. A team of four people from various backgrounds with a combined experience of more than 25 years is behind this venture and is providing a platform which gives in depth details of people who are starting up and looking for co-founders. Requirement Box is one of their core features where people can post requirements to join someone or find someone to join him/her. Three thousand messages have been exchanged on this module so far.

2) Co-founders Lab: Founded by Shahab Kaviani and Culin Tate in 2010, Co-founders Lab started in the US and came to India in 2013 (read their complete story)

3) Cofoundrs.co: Another venture in beta, Cofoundrs.co believes in Paul Graham's famous quote, "Empirically it seems to be hard to start a startup with just one founder. Most of the big successes have two or three." Cofoundrs stresses upon finding members for your team.

A common observation across these sites is that most of the profiles are of people starting up for the first time. This is a logical outcome considering people who are new to the field are the ones looking for co-founders. Entrepreneurs who've been in the startup space will probably find their co-founders via the network they've built. (Read why you should start up two years before you actually start up)

Vijay Anand, founder of Startup Centre, has been in the space for a long time and has conducted ‘in50hrs’ events over the past couple of years where teams come in and build products within a time frame. “One-third of the teams in ‘in50hrs’ tend to stay together and launch the product. I think most of the sites are trying to match co-founders like in matrimonials. But I feel it is better to do the courting over an activity, rather than profile matching,” says Vijay. This makes sense because starting up is a very intimate exercise and you need to have a certain level of comfort with a person with whom you're partnering. And this cannot happen by scanning profiles alone.

People have voiced apprehensions about starting a venture with friends. But India has multiple examples of startups co-founded by buddies doing very well - Snapdeal, Flipkart, redBus, Zomato, all these were co-founded by college friends. So, it cannot be said that starting up with friends is a very bad idea.

The rise of these portals do target an existing problem of finding a partner but it'll be crucial for them to have an activity-based structure (or something that encourages more offline interaction) which powers the online portal in helping forge partnerships between people who go on to build good companies.

Recommended read: How to find a technical co-founder