It's a good time to be an entrepreneur in India 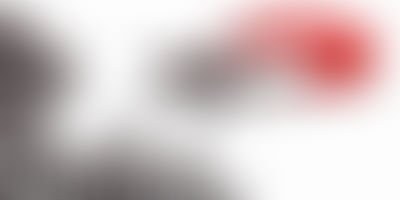 India and China are bucking the trend in global business sentiment, according the Thomson Reuters/INSEAD Asia Business Sentiment Survey. This was when the overall business sentiment among Asia's top companies dropped sharply in the fourth quarter of 2013 with the global economic uncertainty and rising costs, the survey showed. India did even better than China in the Thomson Reuters/INSEAD Asia Business Sentiment Index.

Overall, technology companies were found to be slightly more confident toward the future, which reflected in the tech index uptick to 64 in Q4 from 62 in Q3.

While most other Asian countries weighed down the Thomson Reuters/INSEAD Asia Business Sentiment Index, which fell to 62 in Q4 from 66 in the Q3 -- the lowest reading since Q3 of 2012 -- India with its bullish outlook supported the Index. India improved on its Q3 score of 67, and was at 82 in Q4. This was India's best performance in a year. That was mainly thanks to the improving manufacturing conditions, which shrunk the trade deficit by 23 percent between April-November 2013.

Joyce Lee, who wrote the report on based on the survey, noted that companies in India were the most positive. "This was also reflected in the number of participants

nearly trebling to 17, which included Tata Consultancy Services, Reliance Industries and Larsen & Toubro. With high inflation continuing to plague the Indian economy, a third of the participants cited rising costs as their primary concern. An almost equal proportion listed global economic uncertainty as their main worry. With national elections just months away, three of the participants saw other risks, which include regulatory and political uncertainty, as their biggest worry. Sixteen companies reported an improvement in orders, compared to just five in the previous survey, while most participants said employment levels had remained the same."

China showed an uptick in fourth-quarter sentiment to 75 after holding steady at 50 earlier this year. "The companies appear to be upbeat on the expectation that overseas demand for Chinese exports will improve. Hopes stemming from the government's reform measures announced in Q3, and rising income levels that could drive spending, are also causes for positive sentiment," Cui Hongmei, a China market analyst at Seoul-based Daewoo Securities Co. told Thomson Reuters. Among ASEAN countries that had remained comparatively upbeat earlier this year, Malaysia remained the only bright spot with a score of 75, up from 69 in the last quarter, the survey showed.

When asked to identify business risks ahead, Asian technology companies, which participated in the survey came up with varied responses: four mentioned rising costs, three cited forex volatility, while four said they were concerned about global economic uncertainty. Japan’s Hitachi Ltd, NTT DoCoMo Inc and Australia’s Telstra Corp Ltd were among the companies that participated in the survey.

The survey, conducted by Thomson Reuters, world's leading source of intelligent information for businesses and professionals, in association with INSEAD, a global management and business school, was compiled between December 2-13. Of the 128 companies that responded, two-thirds reported a neutral outlook while less than 30 percent were positive in their prospects.