How South Africa missed its tryst with history. Takeaways for entrepreneurs 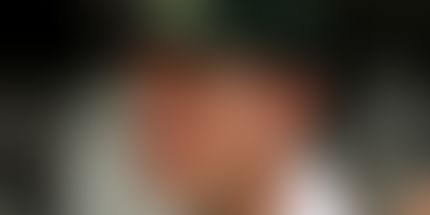 There is a tide in the affairs of men. Which, taken at the flood, leads on to fortune; Omitted, all the voyage of their life Is bound in shallows ...Shakespeare's famous lines from Julius Caesar come to mind as India and South Africa prepare to face off in Durban today (December 26) after their epic battle in Johannesburg. I get the feeling that whatever happens in Durban, the tide has already passed for this South African cricket team.

What can they achieve in Durban? Another Test victory? Another home series in the bag? Those seem shallow triumphs compared to what they passed up in Johannesburg: a tryst with history.

Test matches and Test series will come and go. But will South Africa ever again be poised to achieve the highest run chase in the 140-year-old history of Test cricket? Unlikely. That tide is gone. What remains are the shallows.

When they lost their seventh wicket on that final day in Johannesburg, South Africa needed 16 more runs, with 19 balls left in the match, to reach their record-breaking target of 458. Instead of going for glory, they chose to play out successive maiden overs and settle for a draw. They did not want to risk losing the Test and thereby their chance of winning the 2-Test series.

It is a Catch-22 situation. To remain in the here-and-now and avoid losing a home Test, or risk that for a chance to be in the hall of fame for years to come. From the point of view of the image of South African cricket, I would argue that the latter option was of far greater value.

For 27 years after India made 406/4 to beat the West Indies in Port of Spain in 1976, that remained the highest successful run chase in Test history. Each time a high target was set for victory in a Test match, India's achievement would be presented as the benchmark, and an Indian cricket fan's heart would swell with pride.

Ten years ago, Brian Lara's West Indies went a step higher, chasing down a target of 418 set by Australia, after being seven down for 372. That has become the new benchmark, and perhaps it is in only fitting that a charismatic captain like Lara continues to hold that honour.

South Africa too made 414 to win a Test in Perth in 2008, and it was just as creditable as the run chases by India and the West Indies, but it remains second best. No.1 occupies our mindspace, not No.2.

Last Sunday in Johannesburg, South Africa were 16 runs away from becoming the one to be perched on the pinnacle, and possibly remaining there for a long time to come. But they let it pass.Their captain Graeme Smith absolved himself of responsibility for opting for the mundane. "You have to respect the decision taken by the guys in the middle," he said at the post-match press conference. The guys in the middle were the pacemen Dale Steyn and Vernon Philander. It seems strange that the South African team leadership would choose to leave a decision of such historic import to just those two.

Not risking a loss can always be rationalised and justified. But not when something transformative is in the offing.

This was a moment that could have given South African cricket's brand a rare uplift. They have been perceived as efficient and successful, but without the magic that Africa evokes.

Imagine how inspirational this South African side would have become if they had pulled off that historic run chase. How long would that have been remembered?

And what if they had lost a Test match? Would anybody even have recalled that a few years down the line?

The prize that South Africa stood to gain was so much bigger than what they had to risk. And entrepreneurs can relate to this.

Graeme Smith & Co. chose to play it safe and remain bound in shallows. If they had been endowed with the mindset of entrepreneurs, they might have taken the tide to fortune.