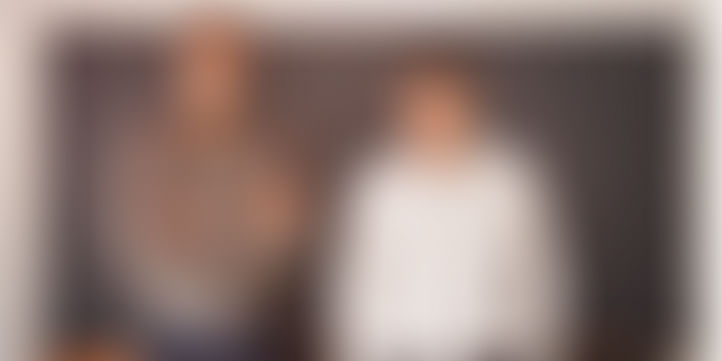 Sagar Vibhute and Ritesh Nayak met in graduate school at IIIT-Bangalore where they became friends and bonded over books, technology and more. Sagar was a Mumbaikar while Ritesh was the Bangalorean and both of them went on to work post their graduation, Sagar with IBM and Ritesh with ThoughtWorks. They were always in touch and had this thing about coming together to start up one day.

Any entrepreneurial ecosystem needs a few success stories and once that starts happening, you see more and more people jump ship to startup on their own. Then obviously come the harsh realities but those success stories are very important to get the ecosystem going.

In case of India, it has been the likes of Flipkart, Inmobi, JustDial, etc that have spurred the movement. “Stuck in the time warp of corporate meetings, coffee breaks and team lunches we witnessed the incredible rise of Facebook, Twitter, Salesforce and even Zoho, iFlex and inMobi who were making a mark sitting right here in India,” says Sagar. This was the proverbial push they needed to get down and dirty building something of our own.

The start and the ensuing pivots

Sometime in the winter of 2010, the duo began working on Rowz, a personal knowledge management and productivity tool. “The initial adoption of Rowz was very encouraging and we decided to plunge into it full time, sans our paying jobs, in the summer of 2011,” recollects Sagar. However, finding a monetization strategy turned out to be harder than expected and sometime after hitting 500 users, they pivoted to what they thought would be a better way of monetizing. “We re-purposed the technology we used in Rowz into a new product idea, targeted towards brands that want to elevate customer experience for their audience across the world,” says Sagar. That idea today has taken the form of muHive.

The product basically simplifies social conversations for brands and turns them into business benefits. “With the exploding number of conversations on social media it is hard if not impossible for a brand to do this manually, which is where a product like muHive makes life easy,” says Sagar. Airwoot is another product in the same space that has managed to grab attention.

muHive took birth sometime in June 2012, and since the product has seen a few pivots and revamps too. “When we began we wanted to be more in the brand monitoring space. However, many of our Beta customers instead wanted a solution where they could not only understand and discover their customers - something a monitoring solution would do - but also talk to them for the purposes of sales, marketing and support (yes, in that order). This is where we strengthened the conversation angle and made it more suitable to keep track of each conversation and customer,” says Sagar.

The funding and the road ahead

“The best part about muHive is its automation engine which allows you to mimic a human-like decision making process. This feature has been the 'wow' factor for us,” says Sagar. Since the public launch in June 2013, muHive has got about 85 brands signing up out of which a handful are paid customers.

The company raised a seed round from an angel in Bangalore who also brought in the usability and design skills. muHive is now looking to raise the next round of funding for primarily two reasons- build a team and global marketing.

muHive currently operates on a SaaS subscription model and is about to pilot on a one-time pay-n-use model, suitable for those brands who want to run a quick brand exercise at some point but not look at monthly recurring bills. Down the line, muHive also wants to sell this to developers, who might want to build their own customer experience frameworks using their automation API. “Along with this we are evaluating building plugins for solutions like Salesforce and Marketo, where our automation capabilities might help us gain a whole new base of customers,” says Sagar.

Enterprise companies have been hot and muHive is an interesting space where the globe is the playing field. Their capability to retain customers and raise funds to quickly scale up will determine the future of muHive.