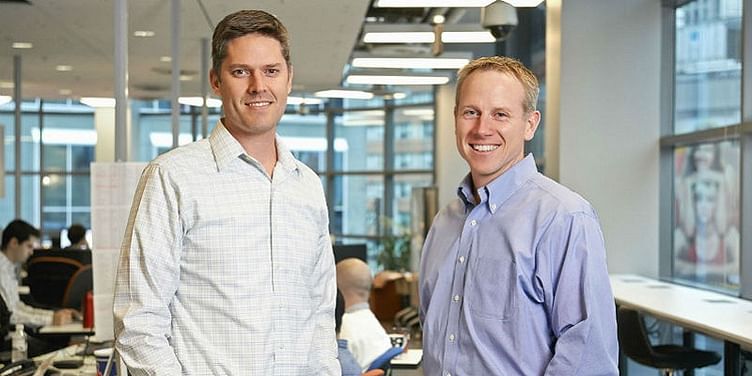 YourStory recently reported about the country’s premier stock exchange’s plan to boost entrepreneurship. Partnering with Canadian Ryerson University and collaborating with the University’s Digital Media Zone (DMZ) was part of the plan. Matthew Saunders, president, Ryerson Futures and Alan Lysne, MD, Ryerson Futures, were in Mumbai recently to meet potential partners. Amidst their busy schedule, the two took time out to talk to YourStory about their India plans. Excerpts.DMZ’s advantage

Located in Canada’s Ryerson University, DMZ has a floor space of 45,000 square feet and houses 71 companies in their different startup stages. These companies mostly have team members or faculty members from the university as part of the founding team. “The model is to work with the community associated with the University of Toronto, to use and leverage that network. For talent coming out from school, we can help them commercialise their ideas,” explains Matthew.

Apart from startups from the university, DMZ also welcomes startups from other geographies who want to tap the Canadian market and use DMZ as the base. There are teams from China, Brazil and other countries operating out of the accelerator.

Functional since three years, Allan says DMZ has an edge above the other accelerators/incubators in Canada because of the sheer number of companies it can hold. “Companies can collaborate with each other, tap into each other’s resources, use them as sounding boards and really grow in the environment we provide,” he says. It is not uncommon to find an early stage company, sitting beside a company that has just raised their seed or first round of funding. So the learning they get and the information sharing that happens between them is quite valuable.

There are weekly meetings to take stock of the startup’s progress and provide them with assistance to help move ahead in business. “Because we are going out and meeting banks, investors, we know what idea or technology will click with them. We come back and give this input to startups,” says Matthew.

However, companies operating out of DMZ have to pay a small fee for using the premise and Ryerson Futures also takes a stake in them. Both Allan and Matthew are associated with Ryerson Futures, which is an early stage fund. The fund looks to invest in early stage businesses which are not too capital intensive.

Apart from providing space and free knowledge exchange, the Ryerson Futures team also helps in business development for the startups operating out of DMZ. “The idea is to help develop an idea and provide value to the company. Students from the university get hired by entrepreneurs and get paid by the startups,” says Matthew about the collaborative nature of DMZ.

Through its partnership with BSE (Bombay Stock Exchange), DMZ and Ryerson are looking at replicating the Canadian model here. Bombay Stock Exchange will offer the space to set up the incubator. “We are looking for great talent, good companies and hopefully work with them to help them become more successful. We have already made some investments in Canada, so we would like to bring some of those technologies to India, help them hire local team and have local people join Indian operations of those businesses. We also want to take projects that we work in India to North America and help them grow and scale in that market,” shares Mathew. The space they are setting up would be able to hold roughly 50 people or 10-12 startups, he adds.

Ankur Khera, an IIT Delhi alumnus, has joined the Ryerson team in India and will overlook operations locally. Ankur was also part of the student team that went to DMZ Canada as part of the first exchange program between Indian colleges and Ryerson University.

”Opportunity in India is large. India adds at least half the population of Canada every year to its work force. Where do you think the jobs for this workforce would come from? It is not the traditional companies that will be hiring all these people. It will be the new ventures, ideas that grow and scale and become effective in market, and we are here to participate in it. We think the more the programs, the better it is for the country,” says Matthew.

Talking about choosing BSE as the local partner, Alan says they look for partners who can help make them establish faster in local markets. BSE which has over 6,000 companies listed, is better than anyone else to help Ryerson and DMZ connect to businesses locally, says Alan.

Apart from India, Ryerson and DMZ is also looking at developing local partnerships in Brazil, Israel, Jordon and West Bank. “We will continue to talk to people and work things out. We look at ourselves as a startup and are doing things that are good for the companies who work with us,” says Matthew.

The Mumbai facility will be open to public later this year.

How LeapScholar is facilitating overseas study for more & more Indians