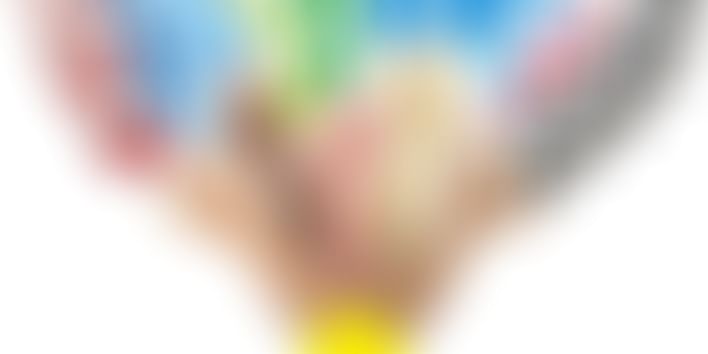 The recent CSR clause in the Indian Companies Act 2013 can be considered a trail-blazer in sustainable development. India, which is a huge market for Bottom of the Pyramid (BoP) based innovations and impact investment, is the first country to make CSR spending compulsory.

CSR discourse has evolved in India, whereby the concept of ‘shared wealth’ is slowly making way for ‘shared value.’ CSR in India has come a long way since the early 20th century during which business houses such as the Tatas and Birlas established charitable foundations and trusts to contribute their mite to society. Industrialists such as J.R.D. Tata were influenced by Gandhi’s philosophy of “trusteeship,” according to which it would behoove industrialists to share their wealth with low-income groups. As a departure from the trusteeship model, wherein the poor were viewed as beneficiaries, a few companies in the post-liberalization era in India have implemented CSR projects to empower the poor as producers and consumers (instead of merely providing handouts). A case in point would be ITC’s successful E-Choupal initiative, which entails a partnership between ITC’s agro-business division and producers at the BoP. This is in spirit with the concept of ‘shared value’ propounded by Porter and Kramer[i], whereby the competitiveness of a company is symbiotically entwined with the socio-economic welfare of communities.

Steps are being taken to create a more legal framework for CSR in India. It will be interesting to see how the Companies Act, 2013 which now mandates 2% profit allocation for social activities, making corporate social responsibility a legal requirement, will unfold. The Indian government now obliges large companies to increase spending on education, vocational training, eradicating poverty and hunger, healthcare, women empowerment, social business, and environmental sustainability to balance India’s economic growth with sustainable development. Companies who are not interested in pursuing their own social activities have the option to pour the required funds into government sponsored relief and social-development programs. Nonetheless, it is argued that only 1% of Indian companies will be covered under the bill.[ii] However, upon conversion of rupee estimates, the mandated funds approximate to $2 to 2.4 billion. Comparing this amount to that invested in impact investment globally (estimated $8 billion for 2012[iii]), the mandated CSR funds amount to a substantial 25%. The possible level of impact from these funds is immense.

The economic logic for the government regulation is evident: private investments often create public bad and it is therefore necessary that government intervene through appropriate instruments to make the polluter pay. Issues like global warming and oceans rising are already creating threats to the survival of countries like Kiribati whose atolls are barely a few feet above sea level. Although countries like Sweden, Norway, the Netherlands, Denmark and France have mandated that big companies should provide sustainable development reports, they have not placed targets. Many US States have ratified B corporations to allow corporates, large and small, to safely spend on social responsibilities. The Indian government has clearly gone further. This may be because India is one of the key polluters after China and the USA, and it is likely that its pollution will increase.

Given the above scenario, how can companies do well and do ‘good’ within the boundaries of legal CSR framework? To enhance shared value for all stakeholders, the appropriate expertise and sector knowledge are requisite to inject effective capital.

The questions which is often raised is who is better at non-market based spending? The government or the private sector. One may argue that the private sector may be more efficient in implementing poverty alleviation programs than the government as it is neither constrained by bureaucratic inefficiency or by public policy decisions. Since government jobs seem to be sticky (they can’t fire people easily), there is a global trend in developed countries to decentralize and privatize or at least create public private partnerships.

For some companies, their internal knowledge and expertise may allow them to reduce pollution or create appropriate technology for the Bottom of the Pyramid (BOP). For example, TATA Motors, estimated to be the 2nd largest CSR spender[iv], can target funds at developmental R&D on alternative clean technology for transportation, expanding on already garnered knowledge. Thus, there is a case for strategic CSR or core-activity based CSR spending. Companies incorporating CSR into their core business strategies should consider adopting jugaad (meaning frugal and flexible) innovations for the BoP[v]. Apt examples of such innovations include low-cost solar lighting provided by SELCO or Godrej’s low-cost refrigeration.

In many cases, non-profit organizations and social entrepreneurs are also collaborating with the private sector to deliver public goods, which the government has hitherto failed to provide to the poor. There are well over 3 million NGOs across India, many of which implement CSR strategies and deliver public goods at the grassroots. Of course, the history of NGOs has not always shown that they are effective: impact measure is conveniently difficult. It remains to be seen whether Indian NGOs, which vary in terms of efficiency and organizational capabilities, would be able to absorb a sudden influx of funds (stemming from CSR spending) and deploy the funds diligently. Also, CSR reporting norms are less stringent in India and there is a general perception that companies in India lack transparency in disclosing the outcomes of their CSR activities. Nonetheless, the private sector can come up with innovations more attuned to the needs of the BoP through synergies with NGOs thereby leveraging their technical expertise and close working relationships with low-income groups.

So, the questions raised is how to bring market based responsibility into this sector. As the spending on CSR owing to the Indian Companies Act 2013 will not originate organically, but is rather legally mandated, the inherent market forces in business that drive efficiency and competition will be largely missing. If we assume that private monitoring is more efficient than public monitoring of CSR, would private spending on development be more effective through impact investing or through CSR or through some combination of the two?

Instead of spending directly or opting to pour funds into government programs, funds could be allowed to be invested in social impact funds or other instruments managed by a group of experts. Impact investing is a targeted intention to create positive social impact in conjunction with financial profits. Impact investing is always done through externalizing the responsibility to another legal entity, an investment fund. The argument here is that funds can be sustainable and continuously reinvested. Funds can either be managed by individual companies or pooled together into one fund. The latter argument of pooled funds allows for economies of scale, including appropriate collation of expertise, research and HR, under one roof. CSR funds can be used for equity, grants, or loans in local communities via patient capital impact investing. Funds can also be used to create or invest in local community development financial institutions. The options are plenty and allow for growth of social enterprises and/or programs already working in the development sector without recreating the wheel.

We anticipate some difficulties with our proposal. CSR expenditure is deductible in calculating profits. The question raised by investments, which go directly to the balance sheet, would be whether these would be tax-deductible. Moreover, these investments require money to come back. This is why impact investors lend more to micro-finance institutions rather than education because the former is profitable while education is not (unless aimed at the better-off). In short, impact investments do not flow out as easily as mandated corporate spending. One possible way to overcome this difficulty is to develop on the social impact bond concept. In this concept, governments provide taxpayer funding to social causes only if the NGO demonstrates that its program is successful. What we could propose is that instead of taxpayer funding, corporate funding to NGOs could follow this logic.

The government is striving to enhance shared value for social enterprises, the private sector and the BoP. In fact, the Indian Companies Act has categorized social business ventures as potential beneficiaries of CSR spending. However, the bill does not explicitly distinguish between the concepts of shared wealth and shared value, giving little room for clarity as to which kind of operations would come under the ambit of CSR. There is still scope to create a policy environment which is more conducive to the growth of social enterprises and impact investment. For instance, hybrid legal structures (on the lines of B-Corps and L3Cs in the US) could enable Indian social enterprises to attract both philanthropic and commercial capital and receive tax breaks for delivering social and environmental returns on investment. Indeed, placing the proceeds into government programs may have been a last-ditch effort at taxing companies who do not meet their targets, the government itself realizing that private direct spending is preferable, especially in a time of great experimentation and allergy to increases in corporate taxation. It is believed that with appropriate incentives, patience, and experimentation, the private sector may be the key to delivering a high level of impact.

Rupal Patel is a consultant with experience in social entrepreneurship, financial inclusion, and impact measurement.

Arvind Ashta holds the Banque Populaire Chair in Microfinance at the Burgundy School of Business.

Priyanka Jayashankar is an adjunct assistant professor at the Leopold Centre for Sustainable Agriculture and the College of Business at Iowa State University, the US. She is also a research fellow at MSM

[ii] http://www.business-standard.com/article/companies/only-1-of-active-companies-need-to-follow-csr-spending-norms-113081100264_1.html Companies with either net worth of Rs 500 crore or more; turnover of Rs 1,000 crore or more; or net profit of Rs 5 crore or more are mandated to use 2% of average profits from the last three years for CSR.