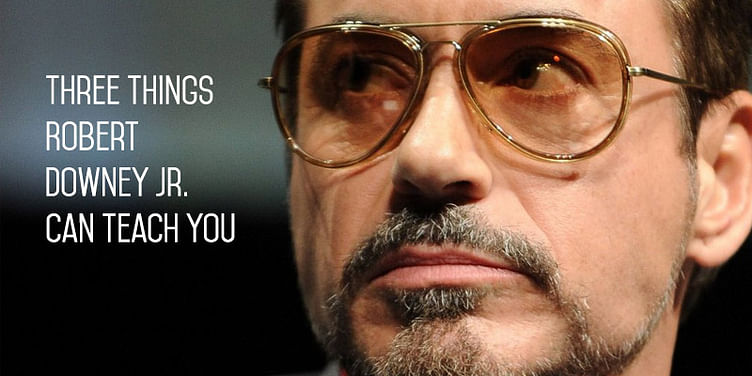 How many of you knew Robert Downey Jr. can sing? That too, very well. I didn't. So when someone sent me this video currently doing the rounds of the web, of RDJ singing with Sting at his 60th birthday bash at the Beacon Theatre in New York, I was floored. I had known him only as the Iron Man or Guy Ritchie's Sherlock Holmes, one of the better actors in Hollywood. And well, here he was, an obviously talented singer who could give many in the current music industry a run for their money. That got me searching the Internet.

It turns out RDJ has sung on several soundtracks in films such as Chaplin, Too Much Sun, Two Girls and a Guy, Friends and Lovers, The Singing Detective and Kiss Kiss Bang Bang, as well as his album The Futurist. Still, singing on stage at a live performance with a musician like Sting was a risk. He could've missed a beat, lost the thread and made an ass of himself. It would've gone viral and he would've been an object of ridicule. How would that have affected his acting persona? Whatever qualms he might have had, RDJ took the risk to express himself. This is something every startup can relate to.

Here are three lessons from the actor-singer.