UK’s TransferWise - the smarter way to transfer money between countries 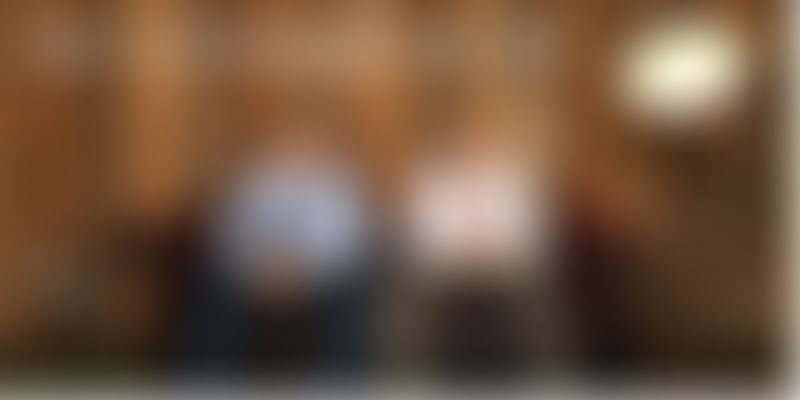 “It’s an enormous market! Trillions of pounds are moved daily. In the three years since our launch, customers have already moved over £250m using our platform, saving £10m in fees,” says Taavet Hinrikus, co-founder of TransferWise - an international peer-to-peer forex platform.Taavet and his friend Kristo were expats in London. Taavet worked for Skype in Estonia so he was paid in euros, but he lived in London and his expenses were in pounds. Kristo, on the other hand, worked in London and was paid in pounds, but had a mortgage in euros back in Estonia. With the resulting opposite currency requirements, they started exchanging money between themselves. This worked out well – it was convenient and they could avoid the hefty five percent bank transfer fees that they would invariably have to pay per transaction. Every month, Taavet would deposit euros into Kristo's Estonian account, and Kristo in return would put pounds into Taavet’s British account.

“We used the official mid-market exchange rate rather than the invented one offered by the banks. We managed to save thousands of pounds by doing this. It struck us that surely there must be others like us. That's when we decided to set up TransferWise,” Taavet tells YourStory about how they came to creating this international money transfer model.

Prior to starting TransferWise, Taavet was Skype’s director of strategy until 2008, starting as its first-ever employee. He is also an advisor to the startup community and an angel investor with investments in Tweetdeck, Mendeley and Teleport among others. After quitting their day jobs, Taavet and his co-founder Kristo Kaarmaan (ex-Deloitte and PwC) created TransferWise in early 2011, making transfers between just the British pound and euro.

TransferWise has won a number of awards since 2011, including Wired's 'Startup of the Week' and 'Best Middleweight Startup' at The Europas, Europe’s most prestigious tech awards. It has also been included in Wired's 'Hottest London Startups' and this year’s “FinTech 50 Watchlist.”

“Don’t be fooled when banks and brokers claim there are ‘no fees’ - international money transfers are much more expensive than what meets the eye. In fact, many take as much as five per cent of the money being sent. The banks have profited off people’s ignorance for decades. I’m stunned by how many people grossly underestimate how much they’re charged to send money abroad. Five percent is no small amount! TransferWise lets people transfer money abroad at a cost lower than ever before. Its new peer-to- peer model removes all the fees the industry has kept hidden for decades,” says Taavet.TransferWise doesn’t have a “typical customer” since their solution dramatically reduces the cost of international money transfers for anyone who wants to send money abroad. That said, there are several broad groups that the product is particularly popular with. These include people just like Taavet and Kristo, who are paid in one currency, but spend their money in another. Freelancers who get a bad deal from banks and brokers are another big target group.

Small and medium sized businesses also lose out massively in high transaction fees and are increasingly looking for low-cost alternatives. Small businesses need to make their cash go as far as possible; particularly startups who raise overseas investment and don’t want to see five percent of it go to the bank.

TransferWise makes money by charging a tiny service charge – for a Pound Sterling to Indian Rupee transfer, for example, they charge £1 on every transfer under £200, 0.5% on all amounts above that. They offer the mid-market rate, presenting all costs upfront before the transfer is made. Trustpilot, an independent ranking reviews system, ranks TransferWise as one of the most trusted financial service providers in Europe with a 9.7 star ranking out of 10.“Our customers do the majority of our marketing for us. They love shouting out about us. An Irish freelance writer customer of ours, called Susan, recently wrote a blog for us. She was losing hundreds of euros a year when her British clients paid her through PayPal.”

Since their launch in 2011, they’ve been growing at over 20% a month, with an addition of 50 members to the staff and over 250 currency routes. They are headquartered in London, while operations, support and development are provided from the Tallinn office.

They have attracted $7.35M from some of the world’s most sought after investors. Most recently this includes Facebook’s first outside investor and co-founder of PayPal, Peter Thiel. This marked his first Valar Ventures investment in Europe. Other investors include SV Angel, fellow PayPal founder, Max Levchin, IA Ventures, Index Ventures, TAG (Robin Klein and Saul Klein), Seedcamp, Betfair’s former CEO David Yu, and the owner of Le Monde Xavier Niel (via Kima Ventures).

With these funds Taavet and Kristo plan to do more of the same: investing in opening up more currency routes, expanding their customer service operation and improving user experience. “We’d like to grow the service and then grow it some more. We’re aiming for a little revolution in international payments,” says Taavet.