20-year-olds create an innovative Braille learning device, to demo at PyCon 2014 in Montreal this April 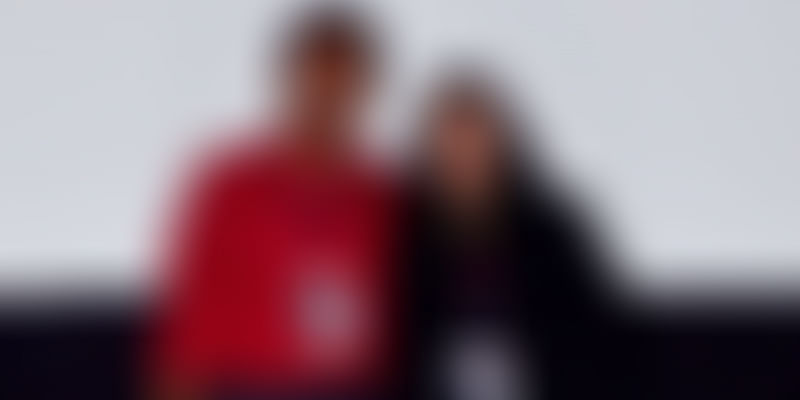 Give an engineer a tool and he will work wonders. This is what happened when Sanskriti Dawle and Aman Srivastav, second year students at BITS Goa, came across Raspberry Pi (a credit card sized computer) during a workshop.

It didn't excite them at first. "Typing code to make lights glow, what's the big deal,” said Sanskriti. However, as Aman continued playing around with the device he saw a lot of possibilities. It was during a random conversation that they came up with the idea of a ‘Braille Dicta-Teacher’, a device to make learning Braille easier for the visually challenged. The Device is under wraps as it will be unveiled at PyCon 2014 in Montreal in April.

There are over 285 million visually challenged people in the world, and even in a developed country like the US less than 10 percent of the visually challenged people are literate. The scenario in India is much worse. To counter this, Sanskriti and Aman started Project Mudra. They have developed a device which converts voice input to Braille characters using Google's speech API and hardware using Raspberry Pi.

Browse mode - In the browse mode, user speech input is converted into tactile Braille output. This enables users to speak out the words they want converted into Braille thus learning at their own pace and comfort.

Auto Mode - The Auto mode runs a predetermined speech sequence and converts it into a tactile output. This is generally suited best for memorization and disciplined learning. It reads through all the English alphabets and numbers sequentially and the Braille output for each of them is generated synchronously along with the audio output.

Exam Mode - Exam mode tests the user recall based on his ability to guess the correct letter in the Braille interface and gives the answer as speech output. Here a random letter is chosen in Braille script and the user is prompted by the speech input for the respective letter. Then the user’s input is checked against the database and the correct answer is revealed.

"Learning ABC is the first step to literacy in any language," says Sanskriti. And this is what they are trying to accomplish for the visually challenged. At present, Aman and Sanskriti are working on improving the device to make it handy. They will unveil it in PyCon 2014 in Montreal in April.