Will app developers make a killing from the death of Flappy Bird? 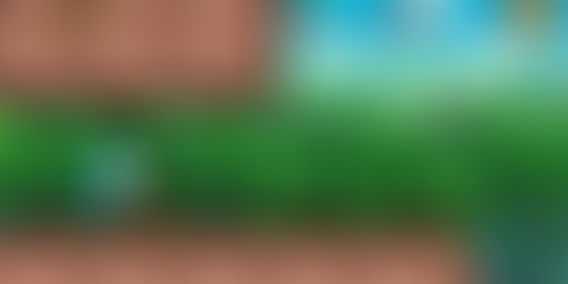 One bird dies, other birds fly. Enormously popular Flappy Bird's grounding by its Vietnamese developer Nguyen Ha Dong seems to have given wings to several other birds who are now flapping all over the web, as App developers and bedroom coders rush to fill the void left by the original Flappy Bird.

Meanwhile, the fortunate ones who had already downloaded the most popular free mobile game on Apple's App Store and Google's Play Store can't hide their glee. Many of them were quick to make a killing by auctioning their mobile devices loaded with Flappy Bird on eBay. The selling point is: "Rare Flappy Bird game installed!". With almost 4000 results coming up in an eBay search for "Flappy Bird", one superphone with the bird was going for $90,000. Others were more reasonable: In the UK, an iPhone 3GS is being sold for £1000.

Flappy Bird developer Dong Nguyen had on the weekend tweeted that he would be taking down the Flappy Bird in 22 hours. "I can call Flappy Bird is a success of mine. But it also ruins my simple life. So now I hate it." he tweeted. The 22 hour-window was enough for other app developers to get their act together.

A copycat game ruling the charts currently is Fly Birdie - Flappy Bird Flyer from TapTomic. It tops the iOS free apps chart, UK, for games. Unlike the original, entirely free, Flappy Bird, this will cost you £0.69 for every three lives.

There is a Flappy Bee by Michal Kacmar closing in at fourth in the chart. Collect as much nectar as you can and be the best working bee to be the winner in this game.

Flappy Plane from Sungsoo Jung is also free. Very like the Flappy Bird, you have to tap to go up and try to avoid walls. Another copycat, Fluffy vs Flappy birds by Burnin Ape will have you try and guide birds through a world full of danger. You have to unlock new birds which have more lives as you progress through the game. This will cost you £1.49 to remove ads, or up to £6.99 for lumps of in-game coins. Then there's Flying Flappy Unicorn Bird : The Frozen Sky Fall, a free game for kids by Richard Wu.

Android users can try Happy Poo Flap. The description says: “Happy Poo is back, and this time he's flying like a bird! Flap your way to safety in this all new Happy Poo adventure. Use the coins you collect on your flappy journey to buy new characters and accessories.” The game seems to have drawn some extreme reactions from gamers. While Christen Plecker writes: "Oh my god. Are you guys serious? I freaking love this game. Its way better than flappy bird in every way, even tho it was a copy. I MEAN. COME ON. YOU CAN FREAKING CUSTOMIZE YOUR PIECE OF CRAP! I am seriously going to promote this on facebook. I love this." Freya Smith says: "Rip-Off Exactly the same as flappy bird, but worse. So many people just copy and say they did it all. I usually love your games like happy jump, but this time not so much. There will only be one flappy bird, so don't copy it." Paola Maldonado writes: “Seriously? I can't even express how bad this is. Sure. Flappy Bird just came out with huge success, and now you decide to release this. I never installed it, just wanted you to know how disappointed I am. Not good. At all.” And so on.

As for Dong, his other games are also doing better thanks to the demise of the Flappy Bird. Super Ball Juggling by him is topping the iOS charts.

Meanwhile, speculation is rife on why Dong made this decision. Some are saying it might be a grand marketing ploy. If Dong decides to make Flappy Bird rise from the ashes, it would probably make an even bigger killing in the market because those who didn't know it existed earlier would now be curious to try it out.

Whether he comes back or not however, Google is the biggest winner from all this. Google AdSense was how Dong monetized his game. Now with all the clones flying, Google ads would piggyback on all of them. Collectively, those might even add up to more than what Google made on Flappy Bird. It looks like Dong has unleashed another winner: Flappy Bird will be the ultimate case study for game developers.