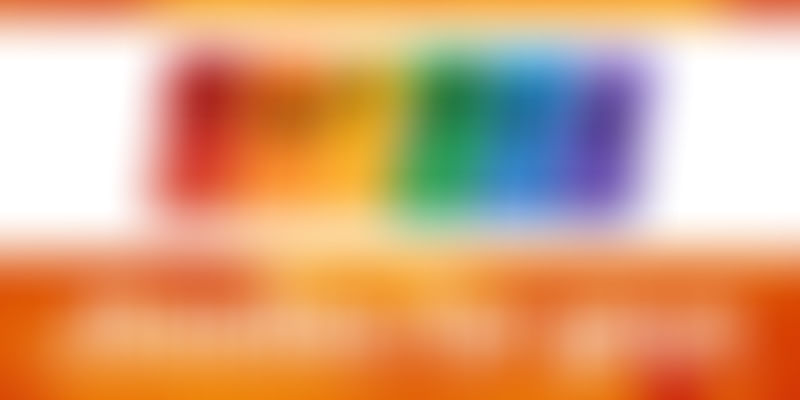 Shyam Konnur woke up to a pleasant surprise today. Google had a 'rainbow' doodle with silhouettes of athletes in the same pattern as the gay pride flag. Right below it was this excerpt from the Olympic Charter: "The practice of sport is a human right. Every individual must have the possibility of practicing sport, without discrimination of any kind and in the Olympic spirit..."

This was Google's way of expressing solidarity with protesters worldwide who have targeted sponsors backing the Sochi Winter Olympics in a country with anti-gay laws. The trigger was a new law in Russia that makes it a crime to provide information on homosexuality to anybody under 18.

To LGBT activists like Shyam in India, which also has a law criminalising homosexuality, Google's symbolic message just before the Olympics opening ceremony is heartening. "A big company like Google doing this will influence the mindset for a lot of people. We are looking forward to other biggies following suit," Shyam told YourStory.

"Google is one of the most powerful brands today. When such a brand backs us, it will definitely help," said Dolly Koshy, a Bangalore-based LGBT activist who has been batting against Section 377 of the Indian Penal Code.

Indian gay rights supporters on social media are hoping that Google would come out against Section 377 too. "They have pitched in for gay pride activities in Bangalore and Chennai," pointed out Shyam. Amul, Tanishq and Fastrack have already come out with ad campaigns against Section 377, which went viral.

Social media is abuzz with cheers for Google, with #takethatputin trending. Protesters have targeted the major Olympic sponsors, telling them to keep out of a country that is constitutionally anti-gay. Richard Branson, who heads the Virgin Group, had also come out earlier in support of the LGBT community, calling on companies to boycott Uganda because of its anti-gay law. If you extend that logic, India too, unfortunately, would fall under the bracket of Russia and Uganda.

For the time being, the global giants – Coca Cola, McDonald and Visa, to name a few – have responded to the protests with lukewarm statements. "We do not condone intolerance or discrimination of any kind anywhere in the world," Coca-Cola, one of the International Olympic Committee's 10 top sponsors for the Sochi Games, said.

The Russian law, signed in July by President Vladimir Putin, bans almost any public expression of support for gay rights. So protesters have been drawing parallels with the Olympic Games held in Nazi Germany, with banners reading "Berlin 1936 = Sochi 2014".

India isn't far. For example, today at 11.30 am at the Bangalore Press Club, heads of various religious organisations, under the banner of Karnataka Dharmika Sauharda Vedike, held a press conference to "express their feelings against the social evil of homosexuality". They were urging the central government not to strike down Section 377.

Google, India needs you too!