Housing.com has grown from 12 to 850 members in less than two years 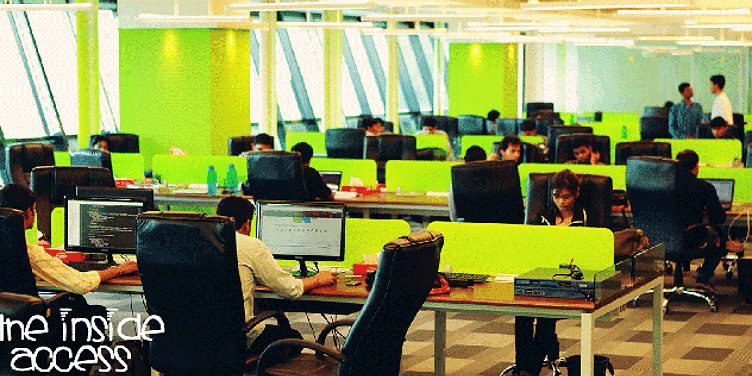 Housing is a Mumbai-based real estate startup that was co-founded by Advitiya Sharma in 2012 and has been one of the fastest growing startups in India. The company had raised $2.5 million from Nexus Venture Partners in June 2013 before which they had raised two smaller rounds. The team is growing very fast and the strength at present stands at a staggering 850.

Real estate has been one of the hottest sectors online in the last year and we've seen a handful of startups come up in the space. MagicBricks and 99Acres are the largest players followed by the likes of IndiaProperty and Makaan. CommonFloor and Housing are venture backed startups that are giving the bigger players a tough time, and then there is another group of players like Flat.to and Grabhouse which is competing for the real estate pie.

Housing began as a team of 12 co-founders from IIT Bombay. “We started out because we wanted a better tool to find houses online. We wanted to build a company very strong on technology and take the product to as many people as we could,” says Advitiya. In our previous conversation with Zishaan last time, he told us, “This is a very strong team which executes at a very fast pace. To me, that’s really important and you could say that it was one of the main reasons behind the investment.”

Listen to Advitiya at TechSparks Pune on Saturday, September 06. Get your tickets now.

The follow up round from Nexus has allowed the Housing team to scale and move quickly in this capital intensive space. “We've used all possible modes of recruitment and found a good mix to reach to a team size of 850,” says Advitiya. The startup has been hiring from premier institutes and has close to 50 people from IITs. “We've been given Day One slots in the IITs and this also says a lot about the kind of work we're offering,” he says.

Housing has been able to compete on salaries, with the top talent being given salaries in the range of 12-18 lakhs per annum. “We want to hire an A+ team because if we take a B player, he'd want to get a C player and so on. We don't want this to happen,” says Advitiya. Housing has also marketed extensively to create a brand among the youth of the country and that has worked well. They have built a very strong interview process to ensure that they get the best. Housing has a training program for all the employees and even the on-ground agents are sent to the field after four weeks of training. “Accurate data is the key for us. The listing will grow in size but our aim is to get the most accurate and updated data,” says Advitiya. Housing has quickly moved from a presence in Mumbai to 10 cities, and Kolkata is the last city that was added. Housing is also looking to expand internationally in the near future.

Housing has based itself on a strong technology and the drive is to come out with new features continuously like their recent online 3D models. The company has had a great two years to begin with and it will now be bracing itself for the next phase of growth.