Confessions of an entrepreneur: What I learnt from failures 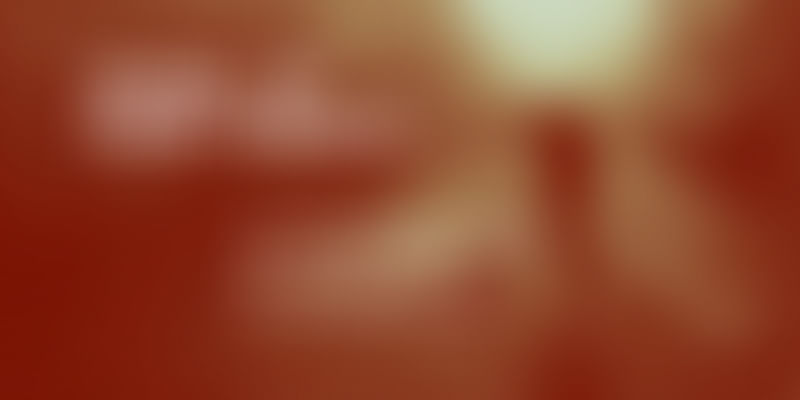 I have always believed in myself, as a kid and as an adult. I felt I was born to lead, do good things in life. I became a House Captain in school and my House won the top honours that year for the first time ever. I became a Club President in college and the revenues of that House grew by 1600% and membership grew by 700% when compared to all other years of the club’s existence combined.

As college was getting over, I felt I could not fit into a job. I have always had a belief of making my own rules rather than follow others. So, being an entrepreneur was the finest thing I could do. So, in my final semester of my studies, I along with Abhash, started Gyan Lab, and we were joined by Sonali a month later.

We wanted to do something meaningful and I had suffered a lot with my education because I wanted to do it my way rather than the conventional way. Also, this startup was more about impact than making money. It was about making quality education possible and uplifting the future human resources of India to make them more intuitive, innovative and creative.

When we started out, like a lot of other student startups, we had a vision and absolutely no clue of execution. Somehow, our go-to idea was to start learning centres inside schools since that is what seemed to be a faster way to grow. We were a pure hardware ed tech startup. We did a decent pilot with one of the top school chains in India and followed that up with a beta test in 2011-12 and 2012-13 respectively. This gave us proof that our product had tremendous potential to make a serious impact as we had expected.

At this stage, we were ready to take Gyan Lab to market. With a beta test of 500+ students, library of 450+ activities in eight subjects, 10 awards, including Dell Education Challenge 2012 and Power of Ideas 2012, we were ready to rock the stage.

But some bad decisions and some bad luck got us into one of the worst stage our startup could be in. We decided to move to Bangalore in January 2013 to expand our horizon and be able to cater to our big customer – the schools chain – in a better way.

So, our wrong decisions started with taking an office in Yelahanka (outskirts of Bangalore) thinking that it was a cheaper place given our continuous financial constraints. We wasted five months of rent on an office where we never properly operated out of before we realized the folly and moved to HSR Layout which was more conducive for Gyan Lab.

Meanwhile, we were negotiating a deal to sign up a good number of schools with our single largest client. All this got messed up when another company was preferred over us with our startup getting a side-kick role. Here, we took a wrong decision, went ahead with setting up the labs and suffered heavily financially.

At the same time, an investor started taking interest in us, got us all excited and even after six months of talks, we failed to figure out what exactly he wanted from us. Meanwhile, visiting schools and making cold calls, I added to our already high operating expenses which did us no good.

Our final blunder was that I started believing we could raise some capital just like other tech loss-making startups in order to keep growing. But, we failed to understand that we were a loss-making hardware-based education tech startup. Rules for getting funds for us were different. So, come December 2013, Gyan Lab was almost out of the cash.

We had reached a point where the only option for us was to pivot the business. So, our core team and advisors got together for this. We also took a lot of help from some other people who were ready to give their time and efforts to help us out at the drawing board and chalk out a better plan for Gyan Lab.

This is what happened and what we have learnt:

1)   The core operations of Gyan Lab was pivoted from being a B2B (selling to schools) to B2C (selling to parents/students). This does not mean we are not going to sell to schools. But we will focus on impact made to our actual consumers – kids more than anything else.

2)   Change from a Service to a Product model. Non-payment or very late payment from customers using services can hit a company really hard! Even EduComp (a listed Billion Dollar company in 2010) knows this. We had faced the same at a smaller level and couldn’t afford the same.

3)   Earlier, certain rules and regulations imposed on us by schools had reduced the impact of Gyan Lab programs for kids. We have now decided to partner with only those schools who give us 100% freedom in running our program because without true impact, Gyan Lab’s existence is worthless.

4)   Our focus since December 2013 is 100% on customers rather than investors. If the focus is right, investment will come at the right time. A good number of social funds have kept contact with us and interact with us every three to five months to know about our work. This makes us feel really good.

5)   Do not do a loss making deal at any level. We have pulled back most of our existing centres in schools which were not breaking even at an operational level. Cash flow is everything for an early stage startup. It is like blood in a human body. It needs to keep flowing for survival.

6)   We have restricted our operations to Bangalore and Kota only as this reduces our expenses drastically and makes us much focussed rather than spread too wide and thin too soon.

7)   We are ensuring break-even at the most microscopic level – one month at a time. This will ensure that our survival is never in question. The growth maybe slow but we keep impacting more people with every passing day.

8)   We have realized that there is a lack of credibility in this space. From outside, the sector and its promises look massive. This has led to too many startups and organizations, some with extremely poor programs and products charging very heavily. So, our focus is to build credibility (on top of some that we already have) and, we have taken the open source approach (you will see it soon) to do so.

I cannot say anything to people in other business segments, but those who are operating in the education (hardware ed tech) space and are here for the right reasons, here are my two cents from our learnings:

Failure has taught us so much more than success could at the early stage. It was tough, but we have learnt things the hard way at Gyan Lab and it gives us the will to keep on going stronger.

Are you making these deadly mistakes? 5 sure-shot ways to kill your startup

About the author:Priyadeep is the Founder CEO of Gyan Lab which he started to solve his own problems that he faced in school and college. Gyan Lab is based in Bangalore and provides experiential learning in STEM for kids of ages 6 - 15.