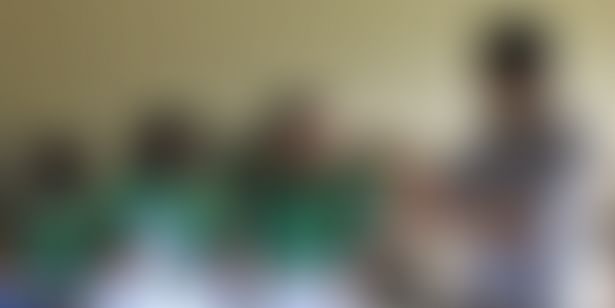 This is the story of a business plan that didn’t go for a toss after the competition was over. It was September 2010 and a bunch of Manipal University students were filled with intent to make a mark in the education space in India. The results of the PISA+ Test (conducted by OECD Secretariat) for 2009 were out and India was placed at 73rd out of 74 nations and regions. Indian kids were poor at applying knowledge and the traditional schooling methods weren't helping. The idea over here was to make students learn better and get them out of the mugging mode.

Priyadeep Sinha, Sonali Gupta, Abhash Kumar and a few others were in the last semester of their college and entered the competition with the concept of Gyan Lab (Note: Sonali was in the first year of college). The plan was to develop activities which will enable students to apply their knowledge better. All these activities are hands on physical experiments which help students understand the underlying concepts. They won the competition and were offered a place in the Manipal University’s Business Incubator which they grabbed with both hands.

In India, convincing the parents to startup can sometimes be more difficult than actually starting up! But for a change, this wasn’t the case here. Priyadeep (CEO) found support from his family and was also able to get capital of close to INR 20 lakhs from his father and others. More funding to the tune of INR 25 lakh came through TDB Funds (DST, GoI) while MSME Funds gave INR 4.85 lac .

Using these funds, a determined team of 6 full time folks and 15 more interns from Manipal started work on their prototype lab for grades 6 – 9 which they setup in June, 2011 in Madhava Kripa School in Manipal with a total of 48 very simple activities/DIYs. This pilot was completed in March, 2012 post which they accelerated and were able to develop 300 activities pertaining to Grades 4 – 9 in the coming months. (Example of an activity: An apparatus box that teaches the student how a metal detector works and the underlying principles. The student builds the metal detector from the accompanying manuals)

Successful beta and the subsequent surge

In June 2012, Gyan Lab launched the beta test in 5 schools in and around the Dakshin Kannada region (comprising of Mangalore – Manipal – Udupi). “We had about 500 students enrolled in the program. The beta test was much more successful than our pilot,” says Priyadeep.

At this moment, the team has built more than 500 activities and are ready to launch commercially in 17 schools. A lot of help has come from Pearson (which has been associated with Manipal) for Gyan Lab and has played a big role in the startups success till date.

The Competition and the Will

On face value, the concept is nothing new. There are many startups trying to do the same (ThinkLabs, Experifun, etc) and all have their catchment area with decent penetration. There is certainly no clear winner and looking at the size of the space, eventually there will be more than one winner.

“We’re not thinking about the competition, there are other players but we’d just keep doing what we do best and keep pushing,” says Priyadeep. Gyan Lab is the first startup from Manipal University which has sustained for a period of more than two years and the youngsters are passionate about taking it much further.

Selling to schools is not an easy task but with some good support behind them, they’re likely to make more headway. Getting an activity manufactured and delivered costs them around INR 1,000 and they don’t intend to setup their own manufacturing unit. They procure material from 3 other countries as well and trying to optimize this process to reduce costs.

Gyan Lab has enough firepower to last for a while and is launching commercially but alongside, they are in talks with a few investors but are looking to raise around half a million USD.

Read our earlier coverage of them on StudentStory.