InvisibleBed: Targeting an INR 100 crore market with a bed that vanishes 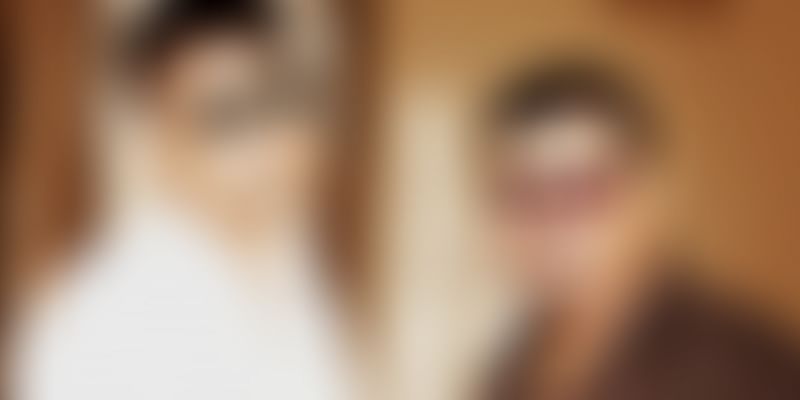 Teena Naz lives in a one-bedroom house. Just like many young migrants who move to cities for work. And like any 21st century girl with an eclectic taste, she hoards books, picks up curios and collects everything from music to stunning kitchenware. Like most urbanities, she is fitness conscious and tells herself that yoga is what she should do first thing in the morning everyday. But in her cramped house, it's always a stretch to move tables, chairs and chests aside to make space for exercise. And then, she discovered InvisibleBed. Furniture – bed, table and shelf – that can disappear into the wall when she doesn't need it. With a Hydraulics Lift Assist System (HLAS™), they are as easy to open and close as the refrigerator door.

Necessity drove software engineers, Prashanth Havinahal and Kiran KG, to startup Futur Decor aka InvisibleBed, a space saving furniture venture. They had a 360 sq ft studio apartment in Bangalore. Since the space was limited, they needed multi-functional furniture but found nothing that fit the bill. They designed and built a wall-bed or Murphy bed as it is called in the West, and a wall table with shelf. Friends and neighbours who saw it were floored and that got them started.

Building a rocket in KR Market

We could say Prashanth's and Kiran's startup journey started in the streets of KR Market, Bangalore. Carpenters they spoke to struggled to understand their designs and were hesitant to work on something they were not trained in. So after a few initial trials, they decided to find fabricators instead. Luckily, they found a few talented fabricators who had no formal education, but had been working in the industry from a young age. “They would build anything if given the right inputs. We used to joke that with such good fabricators at hand, if we have a blueprint we can build a rocket just by using the parts sold in KR market and on SP Road,” Prashanth says.

“Wouldn’t it be good if our furniture appears when we want it, becomes invisible when we don’t, and gives back the space it occupied?” Prashanth asks while explaining the market need for their product.

Modern living in urban India, with rising real estate prices and rents, makes everyone conscious about space conservation, especially the young crowd who can't afford palatial houses and enjoy the luxury of big verandahs secluded from prying eyes. Apartments are so cheek-by-jowl that even if they have a balcony or terrace, a yoga session would fall under the neighbour's roving eye. The only alternative is to get the indoors multiple-functional. That's where Futur Decor comes handy.

“Earlier, a 2BHK house occupied at least 1200 to 1400 sqft, now it has shrunk to 500-800 sqft. While the space is shrinking, furniture in the market is not. People are being forced to use traditional furniture to fit into smaller rooms. This is the problem we are trying to solve,” Prashanth says.

Once they had hired a set of fabricators, they rented a space in Bommasandra to train them in the basics of using power tools and assembling modular furniture. “Initially it was a little difficult but still much easier than our experience with carpenters as these boys didn't have to unlearn anything. They could start from scratch with us,” Prashanth recalls.

After several tests, InvisibleBed products were launched in 2013. Their own manufacturing unit helps them adhere to strict quality control norms, he says.

Customers often come to them with a few apprehensions. Is it really durable? While it looks good, how long will the HLAS, which makes it multi-functional, last? What if the bed folds up on its own? Will I get stuck inside? Prashanth hears these doubts often. “All our products are tested for 20,000 cycles, which on daily use, lasts for more than 10 years. We also give 3 years of warranty on all our products which is unheard of in the furniture industry,” he says.

“Our sales have been doubling every month since August 2013,” he adds. Initially, customers bought into the idea only after trying out the product but soon, much to their delight, orders started coming in from Chennai, Pondicherry and Bangalore through the InvisibleBed website. That is significant validation for their product, he feels.

Established furniture companies like Urban Ladder are not their competitors as “our products don’t intersect with theirs,” Prashanth says. “We are very focused on the multi-functional furniture segment and we don’t have more than 10 SKUs (unique alphanumeric code assigned to any product that uniquely identifies it). We cater to a very niche market of users looking to optimize their living space. While Urban Ladder, Fab Furnish etc. are online sellers, we are a complete end-to-end player – from manufacturing to selling both online and offline.”

According to their estimates, even if they cater to 5% of the market, “it would be around INR100 Crore, just for Bangalore City alone.”

Prashanth and Kiran have been boot-strapping their startup with personal investments so far. They have already got a footing in South Indian cities, and now want to go national. Their target is to go to at least 21 cities in the next 5 years, and so are looking for funding.