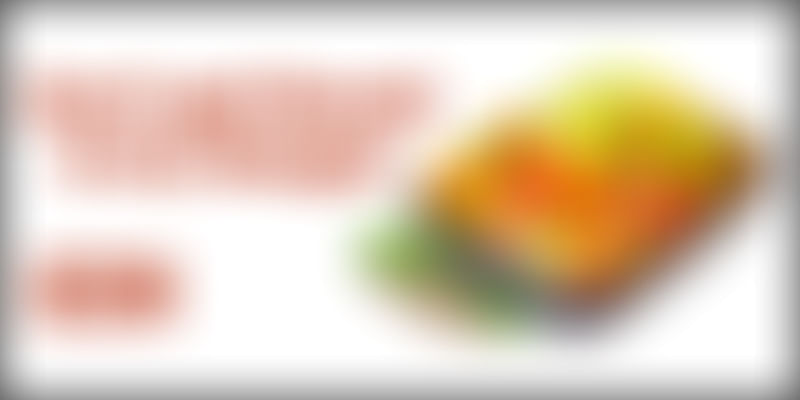 Most of us are familiar with two types of foodies –those who like to eat and those who like to feed. One look at the Box8 founders and we know they belong to the latter category. Amit Raj and Anshul Gupta are in their 20s, working hard to feed hungry mouths in Mumbai. We have known them as Poncho in their previous avatar where they served Mexican dishes in the quick service format. This was in August 2011 when they started the business.

As they moved along with new learnings, they realized there was more opportunity if they expanded their menu to include a variety of foods. They did this subsequently in July 2012, and today have a menu that comprises predominantly Indian, Italian, Mexican and Chinese food. With this pivot, Box8 is well placed to take a bite out of the estimated Rs 34 billion quick service restaurant market of India.

When Poncho started in 2011, there was a gap in the market catering to Mexican fast food and they decided to tap into it. However, market response was slow. So based on customer feedback and insights gained from customers, Poncho became Box8, and today their menu is predominantly Indian.

Box8 has 15 outlets across Mumbai, spread across residential and commercial locations. Bandra, Vikhroli, BKC and Lower Parel are some of the locations they are present at. Box8 has a central kitchen from where the food travels to all locations and the business is split between in-store and home delivery. Amit claims that 70% of the Box8 customers are repeat customers.

Box8’s expansion strategy has been based on experimentation, and they continue to do this as they move along. They are also exploring options to setup outlets near railway stations and within malls. “We do a local market assessment before we setup. We understand the crowd mix and their preferences properly,” says Amit.

Box8 customers fall in the age bracket of 20-45 years old and are mostly mobile customer who are studying or working. Their outlet size normally is in the range of 200-350 sq.ft., however, a new one coming up in Chakala, Mumbai, will be the biggest to date at 700 sq.ft.

One interesting aspect about Box8 is its core team – all IITians. Amit is an aerospace engineer from IITKGP and Anshul is a chemical engineer from IIT Bombay. Besides the core team, the support staff, including delivery boys, store staff, kitchen, sales, procurement and area managers, number around 200 people. Tarun Sharma who heads operations at Box8 is also responsible for man-management at the venture. Box8 team is highly motivated and many staff members have been working with them since the beginning. “A lot of recruitments that we do happen through referrals and the growth trajectory of an employee who joins us is great. He can start as a kitchen staff and move all the way up,” explains Tarun.

Box8 has been very measured in their marketing expense, and has mostly done local on-ground marketing to spread the word. Pamphlet insertion in newspapers, SMS and local merchant tie-ups have been their preferred routes so far. Amit says they will be looking at a mass media campaign in the coming six months.

They started by bootstrapping and have received two rounds of funding from the Indian Angel Network, Kaushal Agarwal of Avendus Capital and Dheeraj Rajaram of MuSigma. Amit claims they make revenues of Rs 6 lakhs per month per store – three times more than the time they were Poncho.

Major areas of investment for Box8 have been outlets, technology and the way they package their food. Box8 has apps on both iOS and Android stores. They also have a call-centre which receives upwards of 1000 calls in a day. An innovation they did in the call-centre was the call-forwarding facility. “When a customer calls us to order, he will never get a busy tone, his call will be forwarded to a system that can take the order. We also call back our customers who had trouble getting through to us during peak hours,” says Amit. On a monthly basis, the Box8 team talks to 50 customers to take feedback on various aspects of their service and how it can be improved.

The much famed ‘box’ that Box8 serves food in has been designed in such a way that the food is packed in five different layers. “We use an innovative presentation that gives an amazing burst of flavors. The way we present the food also makes it very easy to consume or carry, an age-old problem with Indian food,” explains Amit.

Opening more outlets in Mumbai and then expanding to Pune and Bangalore is on the cards for Box8. However, Amit promises to keep quality at the centre of everything. “Quality is supreme to us. We changed our packaging to ensure that the quality of food served is maintained. As we add more items to our menu, quality will continue to be our focus,” he promises.