Faith, education and entrepreneurship for all 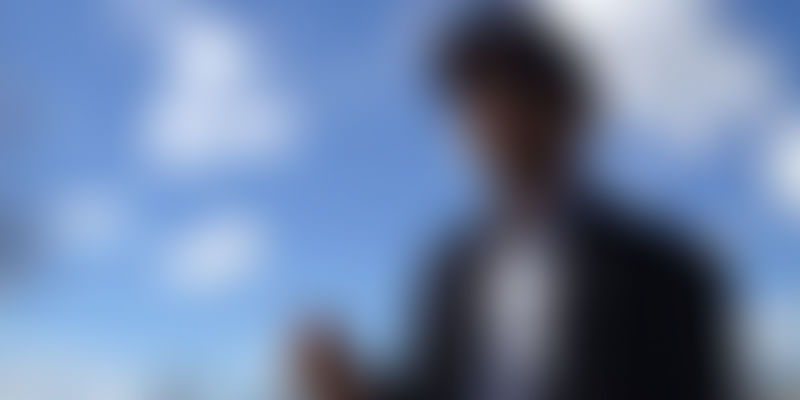 We all know the story of the college dropout-turned-successful entrepreneur. With archetypal examples like Bill Gates and Steve Jobs, it’s no wonder why so many aspiring entrepreneurs today are questioning the value of a university degree. Combined with the high cost of education and continually struggling job markets, ask any entrepreneur what they think of higher education and there is a good chance he will tell you it is little more than an expensive waste of time.

Yet amidst the growing popularity of the dropout mentality, Rahul Singh, Founder and CEO of Anant Corporation, has written an entrepreneurial narrative that puts a new twist on the typical college dropout story. A former dropout-entrepreneur now equipped with a degree and newfound belief, Rahul’s story suggests that perhaps there is more to a college education – and, for that matter, faith – than commonly thought by pragmatic tech entrepreneurs.

Dropout turned believerRahul has been an entrepreneur since his teenage years when he launched his first business offering hosting services out of his home in the Washington D.C. suburbs. Early in his career he was a poster child for the anti-ed types, leaving college on two separate occasions to pursue his career as a promising young tech entrepreneur. Then an agnostic atheist, Rahul saw university as little more than a distraction from the bottom line.

“At that point I had no trouble making money,” said Rahul in a recent interview with YourStory. “In fact, that’s what I used to worship; I worshiped money.”

A few years later, on the day before Thanksgiving in 2005, Rahul left home and headed to a friend’s house to celebrate the holidays. He never reached his destination. Instead, unable to make the trip, Rahul found himself at his high school reunion nearby. The car he had been driving was left totaled at the bottom of a cliff. Miraculously, Rahul had emerged from the crash unscathed.

The series of events that surrounded the accident led Rahul to what he called his “burning bush moment,” planting the seeds for his ultimate conversion to Catholicism a few years later. After the accident, his life changed in a way that dramatically affected not only his personal worldview, but also his path as an entrepreneur.

“[The accident] changed everything about me,” Rahul explained. “It changed why I was in business, who I was trying to work for, the position of the company, who I would like to work with me in the company. Whereas before I would just look for an opportunity to work on a contract or acquire a client, now I look at what that organization is doing and whether it is in line with our mission and purpose.”

After the accident, Rahul began involving himself in non-profit organizations in the Washington D.C. area. As a volunteer with the Big Brothers Big Sisters program, Rahul was discussing the importance of going to college when he realized he was not following his own advice. It occurred to him then that a college education might offer him something that even his experience as an entrepreneur could not.

So in 2008, after multiple entrepreneurial ventures and various tech positions in larger companies, Rahul enrolled in Georgetown University to study Social and Public Policy, Practice and Theory of American Democracy, and Leadership. Though an unconventional path even for aspiring entrepreneurs who support higher education, Rahul’s decision to return to school came not from a need for a formal education in business, but rather a desire to broaden his knowledge base in order to inform future ventures holistically.

“I ended up learning about government, literature, philosophy - and that’s what I needed,” explained Rahul. “I needed the fundamentals.”

Yet perhaps more than the academics, what Rahul took away from his college experience was a profound degree of personal growth, both in his ability to work with a variety of different people, and in the development of his personal goals and ambitions.

Thus, in his Strategy 208 course, it was not so much the business curriculum that stuck with Rahul as it was the weekly homework assignments directed at self-examination. At the end of the course, Rahul had a document over 70 pages long discussing the issue of “How to know thyself and what to do with thyself.” This document became his entrepreneurship and leadership development plan, to which he continues to hold himself today.

Rahul’s re-enrollment in higher education culminated in the founding of Anant Corporation during his early years at Georgetown. Informed by his newfound faith and the introspective awareness he gained through his leadership courses, Rahul launched Anant with a simple goal: to use power of the internet to create a better world. Today, he and his team are doing so by providing individuals, non-profits and small businesses with the internet products and services to connect their big ideas with the technology required to make them happen.

“There is so much knowledge today on how to impact society with the internet,” Rahul explained. “But folks that go into business without at least some education on how the internet works... end up with results that could have seen better days.”

In line with this broad company mission, Rahul holds a loftier goal that can be summed into three words: everyone an entrepreneur. Though his vision is occasionally received with skepticism, Rahul has built into the company’s philosophy the understanding that through technology, the means of creating change are shifting from large institutions to the individual.

His commitment to this long-term vision extends to his own employees, who are encouraged to maintain an entrepreneurial mindset. Rahul says giving employees the freedom to work on their own projects not only has the potential to greatly benefit the company down the road, but keeps the employees fulfilled and motivated by thinking of work as more than just a “job.”

“It’s also very selfish,” added Rahul, “because it makes a much more interesting work environment when there are ideas constantly flying around.”

Still, it is equally hard to say that his current venture, Anant Corporation, would be the same company without these two factors so often overlooked by entrepreneurs. Through his journey through both faith and education, Rahul has discovered a new reason to be an entrepreneur, driven by personal ambition rather than the dream of a quick and lucrative exit.

“Purpose placed on the bedrock of faith is part of the reason that I feel that... I am generally much better today as an individual and as a person,” said Rahul. “Because I believe that everything will work out in the end, and that’s not something that just happens. You can’t just believe in your bank account and have that happen.”

If entrepreneurs take a lesson from this story it should be this: the path that works for one might not be the best path for all. After all, most would agree that when it comes to starting a business, the end tends to be more significant than the means of getting there (within certain limits, of course). Yet perhaps even more significant is the recognition that the desired end might be something that is actually beyond the company. What matters is not what kind of experience brings one to this recognition – whether it is personal, or inspired by religion or education – but that this experience helps the entrepreneur view his or her company as a vehicle of change in the world, rather than as the world itself. If, with the help of companies like Anant, we do someday all become entrepreneurs, the adoption of this mindset will make for a bright and exciting future.