Life after ‘Anu Aunty’: How Varun Agarwal is living a dream; joins hands with Lenovo 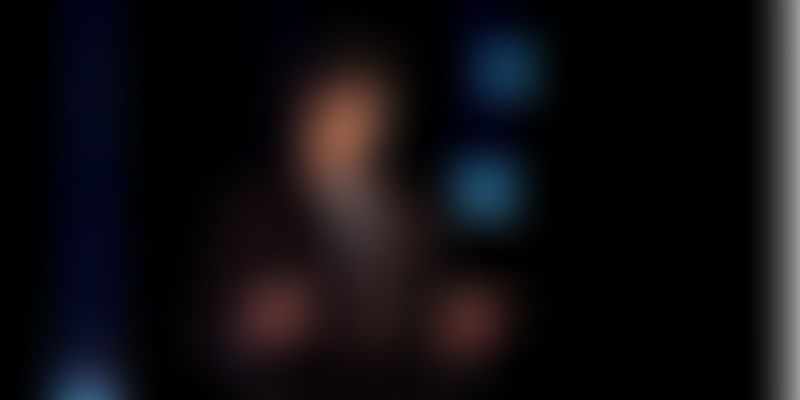 Varun Agarwal co-founded Alma Mater, an online store providing apparel and memorabilia to the alumni community of schools and colleges across India, back in 2009. He then shot to fame when his book 'How I braved Anu Aunty and co-founded a million dollar company' went on to become a bestseller. The book turned out to be a great way to promote Alma Mater and it also paved the way for the multiple speaker slots for Varun at the best colleges across India. Recently, Varun was chosen to be the brand ambassador for Lenovo's Flex products. “It just came to me randomly!” was the first thing Varun told us over a chat message. We probed further to find out how his life has changed since he shot to fame.

Varun has spoken at more than a 100 colleges in the last few months, talking mainly about entrepreneurship. To give you a better idea of the demand, Varun received 244 invites from colleges across India for January and February itself. “The most fascinating thing is that the students are actually inclined towards entrepreneurship and are so enthusiastic about the whole thing,” he says.

Managing Alma Mater, speaking and writing can become demanding. “I've also had to be a bit selective about which colleges and events I go to because of the time constraints. From the 244 colleges, it wasn't possible to do more than 25,” says Varun.

The viral INK talk: a million views on Youtube within 2 weeks

The INK Conference is like the Indian version of TED and Varun gave a talk on how he braved societal pressure to become an entrepreneur. “I remember I actually managed to finish my PPT just a few hours before the talk. Once the talk was done I didn't think much about it. I then shared it on Youtube and was confident it would get at least 5000 views. But then I saw all my friends sharing it and before I knew it, it ended up getting 500,000 views in just four days!” says Varun. The official Youtube Facebook Page shared the video and then the 'view count' went berserk. “It did change my life in a small way and more importantly it was a huge boost for my brand Alma Mater,” says Varun.

Lenovo launched its Flex range of products a few months ago and the company has been looking for a young entrepreneur to endorse the product (Lenovoflexperience). “The creative agency 22 feet got in touch with me. They wanted someone young and also someone who manages to live two lives at once. They liked what I had done so far and I ended up doing a commercial for them. Which I think is great because for an entrepreneur to endorse any brand is a major step forward,” says Varun.

One of the biggest plus for Varun was that Lenovo was okay with having the Alma Mater name and brand being spoken about. Talking about the considerations, Varun says, “Obviously one was my brand Alma Mater got visibility. And also I guess this sort of a thing is always on every one’s bucket list. I mean I never expected to endorse anything let alone something as big as Lenovo.”

At 27, Varun has become a household name with the youngsters across the country. When asked about his star status, Varun laughs and says, “I always think there are more entrepreneurs far more successful and way better than me who actually deserve this. I guess I'm just more vocal about the things I do, and that puts the spotlight on me. I actually wouldn't consider myself worthy of this. But it’s a great feeling. I was in IIT Kharagpur last month and there were 4000 students rushing to take my autograph and take pictures with me. And the same thing kept happening wherever I spoke. You always dream and wish that something like this happens one day. When it does actually happen you realize that the focus should be more on doing enough things that could make you worthy of this. More importantly it motivates you even more to constantly work toward your dream.”

Earlier when we met at a cafe, Varun told me about his second book which will be about the other side of entrepreneurship. On the Alma Mater front, PLAY has done really well and there are some more projects in the pipeline which will keep the tempo going. “I'm also working on a movie script which I hope I'll direct very soon,” says Varun.