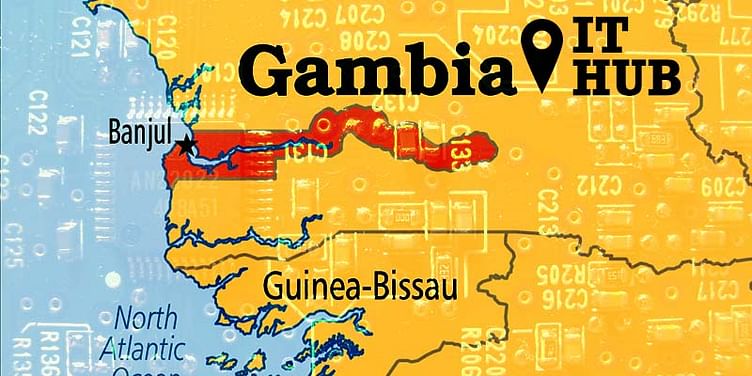 Gambia has the highest teledensity in Africa, and despite its small size, punches above its weight when it comes to ambitions and targets. Industry and government agencies indicated at the conference that the country plans to become an ICT hub in the next 3-5 years.

According to a recent Media Monitor International report, Gambia displays a great enthusiasm towards entrepreneurship, as reflected in its investment in youth, competitions and awards for entrepreneurs. The Children and Community Initiative for Development (CAID) and Africa Youth Panel (AYP) have rolled out a range of capacity building initiatives for youth.The Gambia Investment Export and Promotion Agency (GIEPA) conducts an annual Business Plan Competition for MSMEs. The ministry of Trade, Industry, Regional Integration and Employment has also launched an innovation grant as part of the Social Development Fund, to commercialise local projects. An estimated two-thirds of Gambia’s economy is powered by MSMEs.

MNCs such as Intel and Microsoft have announced initiatives to invest in local startups in Africa. The companies are promoting local app development as well, considering that much of Africa is a ‘mobile first’ economy when it comes to ICTs.

Gambian ICT entrepreneurs such as Muhammed Jah have been covered prominently in local and international media such as the BBC. Jah is the founder of QuantumNet, an ICT company with over 300 employees, and was recently estimated to worth around $156 million.

Momodou Drammeh, enterprise director at GIEPA, explains that Gambia is one of the safest countries in Africa, a melting pot of eight different ethnic groups, competitive in its labour force, stable in economy, and speaks English as an official language. Gambia’s membership to the Economic Community of West African States (ECOWAS) trading bloc ensures market access to over 300 million people.

International players are also active in Gambia’s entrepreneur movement. Africa Startup, based out of Norway, has launched two projects in Gambia: MyFarm (a one-hectare farm-based educational centre focusing on ‘seed to business’ agri-activities) and MyFarm Produce (to promote better packaging of agricultural produce).

Gambia is already a cultural hub with a unique blend of local and international music, with a range of fresh talent also using digital media for music discovery and promotion. Notable musicians include Jaliba Kuyateh, Foday Musa Suso, Tabou Diop, Jalimadi, Pa Bobo Jobarteh and The Kaira Band, to name just a few.

Western African string and percussion instruments such as kora, balafon, djembe, tama, junjung and shekere are prominent in the world music circuit. Gambia seems confident to have one foot planted in its own culture and the other foot planted solidly on the global arena and in the digital future.

Speakers from Gambia reminded the IADS audience to have a holistic focus on ICTs – not just on digital applications in science and technology, but also in the humanities and arts; to explore not just business benefits but also larger positive social impacts of ICTs. This conversation triggered off two deal offers from the audience of technology providers, with Uriel and Parnasse offering network hardware and software solutions to the University of The Gambia.

The Summit also showcased a number of African ICT players who are now becoming truly pan-African in scope and are expanding to other continents as well. ICTs in Africa are not just instruments and enablers, but a whole industry in their own right. Services and product startups are emerging, thus reflecting the digital innovation spirit in 21st century Africa. In a workshop on knowledge management and innovation, I shared examples of startup communities active in Africa, such as MobileMonday, and coverage of startups in Africa on YourStory.

The US$700 million venture involves 16 operators from 23 countries, along with France Telecom. It is expected that the ACE cable will help meet the targets of African Union’s Programme on Infrastructure Development in Africa (PIDA) and the Build on Broadband initiative launched by the ITU.

A wide range of recommendations were made at the Summit to government and industry: ensure that digital relevance is promoted so that citizens adopt more e-services, keep provisions for covering rural access, ensure that women and girls get adequate access and career paths in ICTs, promote content generation at institutional and individual levels, reduce tax levels on ICT products and services, cut down corruption, and promote digital entrepreneurship among youth.

Looking ahead, it is evident that one of the fastest growing middle class populations in the world is in Africa, and they are spending a lot on ICTs. The next wave of entrepreneurs will focus on the behaviours, needs and aspirations of the digital citizens in countries such as Gambia, and we look forward to their emergence in the local and regional markets of Africa.