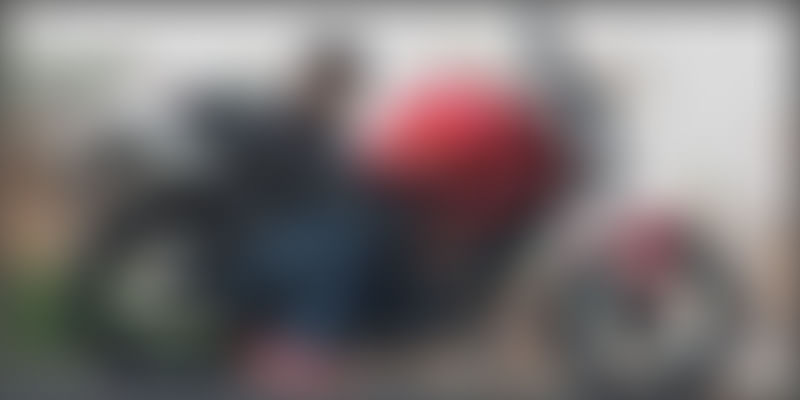 Entrepreneurs can be broadly divided into two types – those who follow their dreams and those who tap a market opportunity. In the case of Faisal Khan, founder of MotorBeam, both these reasons have converged in the form of MotorBeam. Faisal started MotorBeam as a hobby, which was initially a blog, but slowly it evolved to become a site that puts up honest reviews and information on any new automobile in the market.

YourStory met Faisal at the SLP graduation ceremony in Mumbai and got chatting about what’s new.

Faisal says he wants to bring car and bike reviews in quick time with utmost honesty -- something he says is still missing in the automobile industry in India. “We want to be known as the go-to website for honest automobile reviews with high attention to details and quality,” he says.Motor Beam started in May 2008 and Faisal says today they get more than 40,000 visitors a day, and upwards of 1.2 million visitors a month. All these numbers have led to a slow and steady growth, and the site has only used organic methods for boosting visibility.

Faisal followed the usual trajectory of studies and internship, and he soon realized corporate life was not for him. He has set out to live his dream through MotorBeam – which has also found favour with readers. However, five years since starting they are still to break even. Faisal is not too worried because he says his focus so far has been on developing the portal and making it more engaging through the use of forums and social media.

MotorBeam also recently launched its digital automobile magazine which gives readers an experience of flipping through a real magazine.

Faisal hints at plans for business expansion away from the non-core area of content generation, but says he will continue to focus on offering better content to his readers. “Most automobile content providers in the market are geared towards revenue, which works well in the short term but not in the long term. Others are focussing on used cars and doing content to please search engines, not readers. We write for people, not for search engines and our focus remains on providing exhaustive and comprehensive reviews without hiding any facts. Most mainstream magazines source ads from manufacturers and are thus not very honest with what they write,” he says.About his experience at SLP, Faisal says he took part in the program because he had heard good things about it and it benefits. “I have never been part of a startup group and SLP is the first program I have joined. It has helped me look at my business with a better perspective. It has taught me to delegate authority to my team which adds to the overall increase in productivity,” he says. For two years, Faisal ran the show all by himself before his brother Dr. Javeid joined him. Their first employee came in 2010, and today they are a 10-member team.

While a contrarian stand is good as a passionate entrepreneur, how much longer before it also makes good business sense remains to be seen. For now, MotorBeam is busy looking at ways to become a more engaging platform for it readers and find an investor who is as passionate about automobiles as they are.