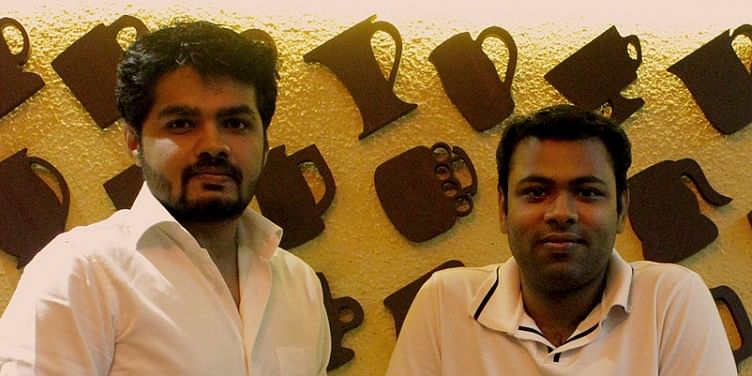 Who doesn’t love a train ride? Staring out of the window, striking up new friendships and munching on savouries as the train chugs along lazily is a pleasure. One hitch, though, is that the hygiene of the food we get inside the train is suspect. Most of us have had our share of tummy troubles after succumbing to the temptation of oily samosas, vegetable pulavs and egg puffs served at the seat. Well, we don’t have to worry about this anymore. Thanks to YatraChef, an online marketplace for food, train travellers can order their pick of food from their preferred restaurants, fast food chains and catering services across the country, which will be delivered to them en route.

In fact, YatraChef came into being after Arun Rajan – who is now CEO and Cofounder of the startup – suffered a bad bout of food poisoning in the beginning of 2013. He was working as the operations manager with an ecommerce company in Australia and decided to spend the New Year in Goa. After the holiday, he was heading to Mumbai by train, ate everything he could get his hands on, and fell sick. Home was in Kochi, Kerala, and it was a much less enthusiastic Arun that boarded the connecting train. This experience got him thinking aloud with his friend, Rameez Ashraf, on how to solve a problem almost every train traveler faces in India. Rameez seconded it immediately and Arun quit his job to get started on this. They began working on it from February 2013, soft-launched the product by July and started an online pilot run by October. “In retrospect, it does look funny,” Arun laughs while relating the story to us.

Travellers can get on to the YatraChef site, key in their travel details and choose from the array of restaurants available en route. YatraChef has a multi-lingual helpline for placing orders as well. At designated halts along the way, local restaurants and caterers will deliver the food to passengers in the train. “The very idea of having your favourite meal delivered at your seat during your train journey is the core idea that makes this click,” says Arun. “People have the choice of selecting food they like from a restaurant of their choice at a convenient time, and above all, not have a fear about stale food or diarrhea. As a foodie, I feel India has a great selection of local delicacies at each station, and if people can have that during their journey it’s priceless and YatraChef does just that.”

YatraChef follows a proper marketplace model where users are aware about which restaurant they are ordering from, what kind of restaurant it is, and they can cross-check the restaurant online if they want. “We are transparent in every aspect, including the naming and pricing. Another differentiator is our highly intelligent ordering platform, which splits and sorts up the menu according to breakfast, lunch and dinner based on the time the train passes the station. This drastically reduces cancellations as customers can be sure that the food they ordered will be available. Our success rate is more than 97% with that,” Arun says.

Since YatraChef is chiefly in the logistics and operation subdomain, Arun’s technology and logistics background did help to an extent. But as we all know, entrepreneurship is a minefield of challenges and no amount of planning can prepare you perfectly for this.

1. It was tough to get restaurants to come on board and agree on a revenue sharing model. “Since we were new in the field, we had to meet each one of them and convince them to join our service.”

2. Language barrier was another hurdle in communicating with both the customers and the clients. “We do have a multilingual call centre but finding people in Kerala who can speak a lot of languages is a herculean task in itself. But we are slowly overcoming that.”

3. Hiring the right people was the next challenge. “Many a time, candidates we selected rejected the offer after they realised we were a startup.” Arun adds that Suchithra, their first team member, helped him and Rameez channel their energies and stay on course.

YatraChef bootstrapped with an initial investment Rs 15 lakh from the two founders. Their core service area initially was Kerala, Tamilnadu, Andhra Pradesh and Karnataka. Increasing demand osoon had them expanding to North India. “Now we are getting more than 1500 unique visitors and almost 300 - 400 orders on a peak day. Almost 90% of customers come back and order for their next journey. That is a huge confidence booster for us,” Arun says.

Their core market comprises passengers who book train tickets online – “The number is more than 450,000 per day and considering the fact that Indian Railways is an institution, which transports nearly 8 billion passengers every year, the size of the market is huge. Our serviceable market alone is immensely big for any company to flourish,” he says.

Presently, their main focus is to introduce more food providers on their network of railway stations so that customers would have a wider choice. “We are planning to start marketing our service more aggressively to gain visibility in the market.”

For Arun, YatraChef wasn’t a lifelong dream. “I was never an enterprising guy. This was something which was instinctive, interesting and challenging, and one which did cling on to me.” He believes a service like YatraChef was the need of the hour, and so he started up. Now that the model has been proved, YatraChef is in talks with venture funds to raise funds for the next leg of expansion.

What are your thoughts about a service like this? Tell us in the comments below.