5 lethal sentences that could kill your idea 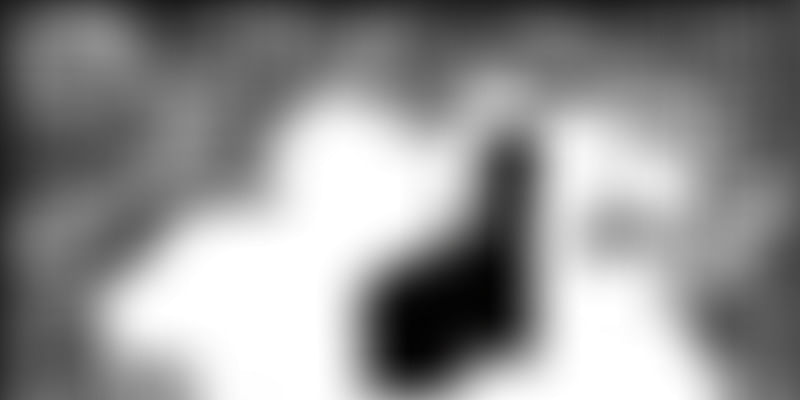 Wise men have always concurred that words have immense power. Though after that consensus, it is rumored they famously traded the value of scintillating coherence, for the undiminished joys of inebriation.

But more seriously, while words can inspire; few things can be as demotivating, as a couple of ill-chosen specimens thrown in one’s direction. Just recall your last performance appraisal, to reflect more deeply on that.

In the history of badly employed barbs, perhaps the arena in which their impact is felt the most, is in creative thinking forums. These days with talk of innovation all around us, many organizations are trying to nurture a culture of creativity. And while processes such as brainstorming, and the usage of creative thinking tools are important; behavioral nuances such as paying closer attention to the words one uses when exposed to newer ideas, also need to be closely scrutinized.

For an idea is a temperamental creature, especially in its infancy. It needs to be coaxed to spread out its wings and soar. It often sticks its neck out, just to gauge if there are any verbal or attitudinal predators around. And only if it senses none, does it make it to the watering hole of acceptance and truly blossoms.

Hence the sentences we employ in the vicinity of ideas become all the more important. Poorly thought out lines can have the same impact on ideas as a perfectly pitched yorker has on a batsman’s intention to clear the ropes.

In that spirit, let us examine a few classically employed counters which succeed in keeping the ideation run rate down.

This is a statement which greets an idea so often that it should be officially declared the standard reflexive defense of the conservatively inclined. Usually delivered with very little gap between the first two words and the third. In fact, the emphasis on ‘but’, habitually is the most audible part of this line.

Critical analysis comes most naturally to us, especially when it comes to the ideas of other people. But any ideation process does imply that we suspend judgment, at least for a while. The mere act of inserting say an hour’s gap, between ‘It’s nice’ and ‘but’, can do a lot in terms of helping a fledgling concept unravel itself more promisingly. Though it has to be mentioned that the hour in question is better spent in exploring various facets of the idea, rather than popping off for a leisurely lunch. Eventually, the aim is to thrash out an idea so potent; the naysayers can only be left with one response --‘It’s nice’.

This line has the same neutering effect on an idea taking root as the boss’s proximity on company gossip flowing at the water cooler. Every group has its own self-appointed purist, who feels that only a truly original idea will pass muster. But as Einstein famously pointed out, ‘creativity is all about hiding your source’. And the man did know something about the process of original thinking and low maintenance hairstyles.

What has to be remembered in the innovative journey, is that just because someone else has done it before, it does not necessarily mean that the idea has lost its value. Sometimes the objection just might be about the idea being executed in another category. Pause for a minute to consider the IPL. It has unabashedly borrowed stimuli from the EPL, NFL, NBA and MLB. But because such things were never encountered before, during a cricket match; it has resulted in an extremely lucrative property.

Ideas are susceptible to migration. And the faster organizations appreciate this, the sooner they will reach their innovation destinations.

While it is always the aim to eventually generate revenue-increasing ideas through any ideation process, bringing in numbers into the argument early, does not necessarily help the cause. When an interesting idea is stumbled upon initially, few people can truly predict how it will perform in the marketplace. If they could, then Nostradamus would have serious competition.

Too often left brain considerations intrude prematurely in right brain sessions. It is only much further down the line; probably after prototyping, market research or the pure assimilation of collective gut feel, does the potential of a new concept really begin to crystallize.

‘There is a worldwide market for only 5-6 PCs’. ‘Hardware is going to be the driving force in industry’. Both these statements have been made a few decades ago by hugely prominent CEOs of billion dollar technology companies. And while these declarations are the cause of wild mirth today, the point has to be made that even for experts, forecasting the prospects of something new is an arduous exercise. Numbers have to come in at some point. But ideally only after the value of what has been uncovered has been better understood.

At first this seems like almost a reasonable censure. And that sometimes can be the case. Leaders might feel that entertaining such deviant ideas can take the discussion entirely off course. But frequently, innovative quests do entail a departure from the comfort zone. This might involve getting into completely new territory; in terms of product, process, policy and people thinking. The innovation imperative does imply the organizational DNA itself takes on a little more flexibility, if only to adapt and evolve to survive and thrive better.

Which is why, even an idea which seems outlandish and out of the current company purview, deserves a more patient hearing. Rather than dwelling solely on whether the company’s present interests are served, it is instructive to examine how the idea prepares the organization for the future.

When Apple took its credentials and competencies from the arena of making personal computers, and sought to delve into seemingly unrelated domains like music and telephony; surely such questions must have risen. But a little time and several billion dollars later, it has been unequivocally shown that putting such censures on hold, sometimes truly bears fruit.

‘The sound of silence’ was an iconic song, performed in 1964 by the legendary duo Simon and Garfunkel, in the wake of John F. Kennedy’s assassination. These days ironically it accompanies an idea which is seemingly declared dead on sight. Typically when someone, usually of the bright but reticent type, and inevitably lower down the pecking order, summons the courage to trouble the airwaves with a first time contribution; the higher ups in the room tend to ignore those sound bites much like one does helpful career advice from the mother-in-law. Worse still, there is often a display of non-verbalized scorn; like the rolling of the eyes, the deliberate espousal of the smirk, and the firmly condescending patting of the hand of the person in question.

Nothing is more demotivating than being completely ignored. Such behavior is likely to silence that young mind for a very long time, sometimes even permanently. And that can only be a loss to the organization, because great ideas have the happy inclination of being ‘hierarchy agnostic’.

Many a times it is primarily the unfettered perspective of the young and inexperienced mind, which can truly provide breathtaking insight. The group or the manager owes that person the basic decency of a response, and perhaps even a word of encouragement. It is only when all minds are on deck in an organization; that the gusts of creative thinking begin to power its sails.

In the end, these are but a few sentences which imprison the creative process. There are many more. But the underlying principle is any innovative journey, also flags off a culture change in an organization. It signals a time for openness. It implies that we hold back knee jerk judgment. It demands even the most bizarre idea gets a proper hearing.

Above all, it asks us to carefully consider the power of the words we use. Eventually as those very wise men mentioned previously would muse (albeit post a few swigs); ‘innovation is not just about the sweat on the towel, it is also courtesy the smart usage of the vowel.’

Vinay Kanchan is a trainer in the art of creative thinking and a brand ideation consultant. He is also the author of the book ‘The Madness Starts at 9’. He can be contacted at vinaykanchan5@gmail.com