Manish Gulechha missed the bus once; will he be lucky this time? 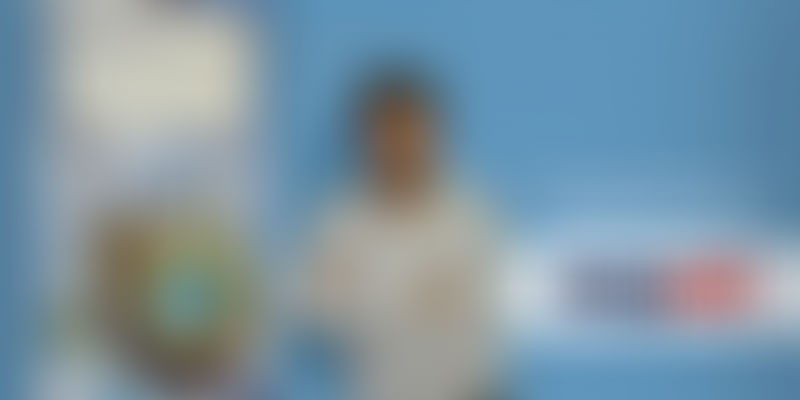 The thing about the ‘next big idea’ is that everyone seems to have one. But as we all know the morning after is another story.

And Manish Gulechha is no different. He turned an entrepreneur when he was in college in 1999 and has never taken a corporate job since. He started out with a service that made email ids for people and the credentials were then mailed out physically to them! Those were the early internet days. He moved on to start a business which was responsible for managing ad spaces on the walls of cyber cafes. “In the early 2000s, India saw a boom in the number of cyber cafes and a good network of cyber cafes was built across a few states in southern India,” says Manish. The times were progressing and the internet was now becoming main stream.

It was during this phase when Manish landed with another idea of online ticketing for movies and he started an online channel by collaborating with the existing cyber cafe network. “People used to queue up outside cyber cafes to buy movie tickets,” says Manish with a smile on his face.

The entrepreneur within him also wanted to expand into bus ticketing and he on-boarded eight bus services as well. “While researching, I came across redBus and also realized a flaw in my model. I had missed out on taking a ticket quota from the bus folks,” rues Manish. His main focus remained movies. He went on to sell the company to another ticketing company which was later acquired by BookMyShow.

Over the last decade, Manish had a lot of close shaves which have enriched his life experiences. Learning from all of them, he has now come out with SnapOOH which is a marketplace for outdoor advertising inventory. “This is not an earth shattering idea and I know that a few people have tried it but no one has been able to crack it,” he says. SnapOOH is a technology platform for advertisers, agencies and media operators to buy and sell outdoor media -- bill boards, bus shelters, gantry, etc. SnapOOH has covered 120 cities and has an inventory of over 8000 ad spaces. To crack this they have approached the idea with extensive use of technology like media mapped with google maps, real time availability and pricing.

BookAdSpace was an effort in the same space which shut down. Media Ant is another one which is growing strong. Media Ant has over 3500 ad spaces across a wider range of media, including cinema halls, pubs and restaurants, etc. Media Ant is operationally sustainable and is also a team of twelve. For Manish, the bet with SnapOOH is to build the ad inventory side first and then get the advertisers. “A marketplace is tough to execute. I've learnt that it's better to build one side before going after the other. We'll make a strong case for the agencies and inventory providers, and then go to the advertisers,” says Manish. They also have a product for agencies (similar to redBus) . SnapOOH has offered the product as pilot to a few customers and hope to do a run rate of INR 12 lakhs per month within six months if they're able to convert.

Manish also realized the importance of a team and has built a strong core team with experienced folks from the media buying space and sales. The SnapOOH team strength stands at 12 at the moment and has raised two small seed rounds till date. They've been working on the product for 18 months now and will go out to the market soon with few innovate solutions that would help them gain traction with their marketplace. They are also looking to raise another round to give an additional push to their future plans.

What’s your idea of taking the ‘big idea’ forward? Let us know your thoughts in the comments below.