How to name your startup? Here's how Shifu did it 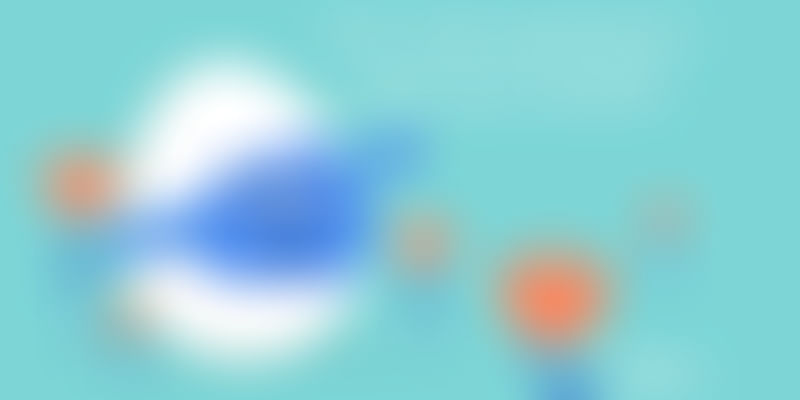 One of the most frequently asked questions we’ve faced since we launched Shifu is: Why did you choose to call your app Shifu? How did you come up with the name? What is the thought behind this name?

To be honest, we were not surprised by the question - we were expecting it.

Naming your product is one of the most agonising decisions every founding team has to make. It’s agonising because you have to make a long-term decision based on very little data and not only that, there is no systematic way of approaching the problem as well. Traditional wisdom claims that names don’t matter so much - it’s all about the product. What’s in a name, as the old cliché goes.

While that might be true for traditional businesses, this rule doesn’t apply for the consumer internet market. In this industry your product needs to have a personality. A product’s branding, name and logo creates that personality. No wonder that many startups spend a lot of time and energy on finding the right name for their product. And they rightly should. The question is How? How can they spend this time in the most productive way? In this post we will talk about how we came up with the name and share some of the learning we had and some rules of thumb we formulated in the process.

First, what does Shifu mean?

Shifu is a Chinese word, which means an enlightened friend or a teacher. Someone who understands your strengths and weaknesses and helps you to be good at what you do. That’s exactly what we want our app to do. We want Shifu to help our users navigate their day a little more efficiently, by anticipating what they might want to do next.

While this might sound like a very fitting name, coming up with it was anything but easy. We considered and rejected many alternatives. I cannot get into details of each and every option we looked at, but here is a tabulated summary of a few to give you an idea.

This is less than 20% of the options we considered for naming our app. This seemingly simple representation hides the process that we used, which is explained below.

Choosing a name for our app

We were fully aware of the long-term impact of our decision, so we did what most people do when faced with a difficult and long-term decision. We postponed it and talked to a lot of people. We read a lot about methods of nomenclature. We come up with a set of rules on how to approach the problem. A few of them are explained below.

We did these sourcing exercises extensively. We believe that you should be able to source roughly 50-100 name options by doing this. The next step is to qualify and vet these names by filtering them through various lenses.

This is a point with which most founders struggle - startups by nature begin with a very specific and narrow problem definition, but eventually they want to expand to another scenarios adjacent to that problem. So if you are trying to solve problem of photo sharing on Twitter then Twitpic is a good name for your product, but if you want to scale and eventually want to move to video sharing then Twitpic might not convey the offerings but a name like Instagram would.

So should you think about this scenario at the outset and keep your name sufficiently generic? I think you should. A common objection to this is that “It’s a good problem to have - 90% of startups won’t hit that kind of scale so there’s no point preparing for it.” Well that may be true but only partially. What we don’t take into account is the fact that “90% of startups” will also pivot in first year. They move on to doing something entirely different from what they set out to do. Then having a name tightly coupled with the functionality then becomes a problem.

Even in case of failure, every decent startup builds some amount of brand recognition. If you have to change to some other name after pivoting, you are leaving that value off the table. So we decided that we would be having a name that is not binding to the app’s functionality.

The Rule of the Vowel

Your product’s name should have vowels in it. Vowels make the name easy and pleasant to speak. Technically a vowel is a speech sound, which is produced by the open configuration of the vocal tract, with vibration of the vocal cords, but without audible friction. In plain English vowels are sounds, which can be produced by untrained vocal chords of humans. Babies only cry in vowels. The human brain has a subconscious association of various vowels with specific emotions. There is a great body of academic research on this. And the fact that most of the popular (internet) consumer brands like Google, Facebook and eBay have vowels in them proves the point.

Falling for fads is more common than we think. Naming a product is an emotional business so we are most likely to fall for something irrational. The consumer internet is notorious for such impulsive choices! Even the best companies fall victim to fads. Right now every e-commerce company in India wants to have a “-Kart” in their name a la Flipkart, Lenskart, Bagskart, HealthKart, Frekart, Kartrocket and so on.

Strictly speaking, this is not an Indian phenomenon. Look at the number of startups the world over trying to force fit “-ify” in their name – and there are more than a hundred of them! Some folks claim that these startups - with the variant of the Spotify name - should be considered as a separate category: startups which are distribut-ifying their market. SO VERY META!

So avoid falling for the temptation of taking an easy way out and naming your product on the lines of incumbent market leaders. By doing so, you are choosing to perpetually live in shadow of the incumbents.

This was one of the most interesting insights we had. Each industry has its own set of irrational superstitions with names. For example, in consumer internet there is a prevailing superstition with names ending with “-ster”. Legend is that almost all the high growth startups with “-ster” in their name went bankrupt. Jobster, Friendster, Dogster, Flickster and of course, Napster. It’s called “-ster effect”!

This association is so strong that when Netflix spun off its DVD postal mailing service as a separate entity and called it Qwikster, there was a huge uproar. Qwikster hasn’t survived but Netflix is doing well – and not surprisingly, Amazon’s competing product in this space Blockbuster also didn’t do very well.

These superstitions/perceptions are not limited to industry insiders only. Sometimes they play a key role in consumer perception too. Here is the study showing how consumers perceived Qwikster:

Ergo we can accept and respect the perceived notion around the name.

Each name has a different meaning in different cultures. This applies to both the literal meaning of the name as well its phonetic resemblance with other popular words in that language. One needs to carefully check if your chosen name has any negative connotations in your primary markets. Here is a good starting point on this .

When we were thinking about naming Shifu we listed down the five key markets where we wanted focus our growth efforts. They were USA, India, SE Asia, China & the Middle East. Thankfully the word ‘Shifu’ had positive connotations in all of them.

Don’t worry about the exact domain name availability. Often we discard some good names just because the domain is not available. This is wrong. This was one of the most counter-intuitive learning that we had, but in hindsight it was blindly obvious. You don’t need to have a ‘.com’ domain for your product, you can apply any of the following tactics:

There is a very interesting and subtle point here which most of us miss. In the initial months (or year) all your user acquisition efforts will happen over a channel that is URL agnostic. In plain English: It’s highly unlikely that your first set of users will discover you by typing your company/product’s name in browser’s address bar or in Google’s search box. The majority of them will come via email referral, news links, and social networks or paid advertising. In none of these channels can you expect the user to type the name. Once you have scaled up and have funds you can buy the .com domain. Not convinced? OK, Quick question: what is the domain URL of Instagram? Well it was instagr.am and then they shifted to instagram.com long after the FB acquisition!

So this was our learning on how to name your product. We are very keen to know your thoughts. How did you choose your product name? What are your rules of thumb? Do let us know.

Prashant is Co Founder of Signals , a start up building Shifu : A context aware task list . Prior to starting Signals, He was part of Spice Labs. A hard core mobile enthusiast (addict as he often calls it) Prashant is founder of the Delhi Chapter of Mobile Monday, a Global community of mobile developers. When He is not thinking about mobile apps he loves to travel, write poems, cook and read.He lives in Noida with a Macbook, an iPad, an iPhone and Two Android devices. You can follow him on Twitter @pacificleo.